Jonathan Majors Hints At a Different, More Complicated Kang - a "More Anti-Hero-Hero" - Inside the Magic 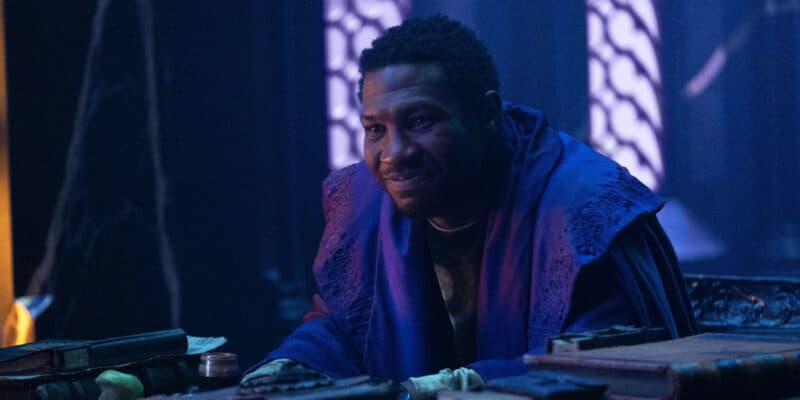 Could Kang the Conqueror (Jonathan Majors) be sympathetic in Phase Five?

One of the most intriguing things a movie can do is to introduce a sympathetic villain. This doesn’t mean audiences have to like the villain per se or even agree with them, but it means that, on some level, audiences can connect with them. Villains like this make audiences think and examine the world around them, and one new villain wants to do just that.

The Marvel Cinematic Universe has excelled in creating sympathetic villains. Going through the catalog, it’s easy to find villains who aren’t black and white in their motives but rather shades of grey. Ivan Vanko (Mickey Rourke) had a vendetta against Tony Stark/Iron Man (Robert Downey Jr.) for what happened to his father, Gorr (Christian Bale) was avenging his fallen daughter, Helmut Zemo (Daniel Brühl), his fallen family, and perhaps the most sympathetic of all, Eric Killmonger (Michael B. Jordan), who more than anything wanted justice and equality.

Marvel certainly isn’t the first franchise to incorporate sympathetic villains, of course. Characters like Darth Vader (Sebastian Shaw) and even Davy Jones (Bill Nighy) won over fans despite their misdeeds. Now, according to Jonathan Majors, audiences may soon see the next big Villain from Marvel Comics in that light.

In an interview with Nerdbunker, shared by The Direct, Majors discussed his tactics in acting and bringing the classic Marvel villain and new Kang variant to life in a believable way.

“I think with Kang, my objective with every role I play is to make them as universal and as human as possible. I think we’d be lucky, you know, for these next phases to have a big bad that also allows the audiences to oscillate between cheering and booing.”

Majors also acknowledged he was not the first Marvel villain to bring this sort of universality to a character. The actor praised Josh Brolin’s interpretation of Thanos (Josh Brolin), a significant departure from Marvel Comics, saying:

“What Josh Brolin did so beautifully with Thanos was that he tried to make him as three-dimensional as possible to make it very clear, you know, and he really believed in it. Which is why I think it was so morally ambiguous as to how bad he is. And I also think that the word villain, and the more anti-hero-hero you are, the deeper your constitution has to be.”

The actor is stepping into some large shoes as the next major villain of the Marvel Cinematic Universe but is doing so with unbridled passion. Majors hasn’t shied away from discussing the role, what it means to him, or what he plans to bring to the character, and this couldn’t be better for the future of the franchise.

A passionate actor like Majors can make or break a movie or a franchise altogether, and with as much as he has spoken about Kang (Majors), it’s safe to say the future of the villain is in good hands. Majors will appear next in Ant-Man and the Wasp: Quantumania (2023) on February 17. The film stars Majors as Kang the Conqueror, Paul Rudd as Scott Lang/Ant-Man, Evangeline Lilly as Hope van Dyne/The Wasp, Kathryn Newton as Cassandra Lang, and promises an Avengers-Esque adventure like no other that may just usher in the Kang Dynasty!

What do you think about the possibility of a relatable Kang? Let us know in the comments below!