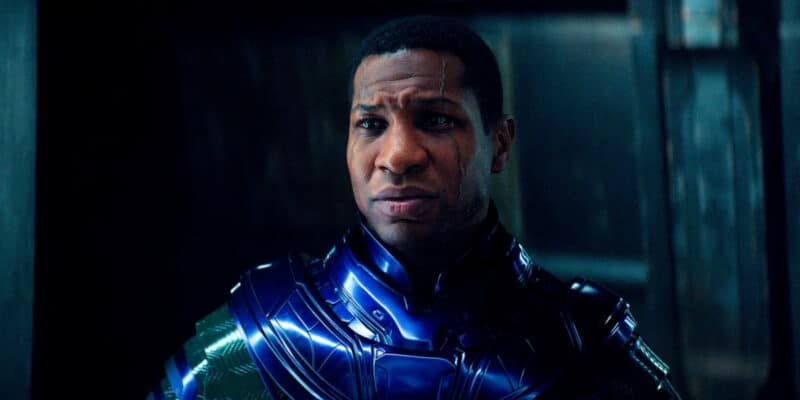 Kang the Conqueror (Jonathan Majors) will have some big shoes to fill.

Throughout the first Three Phases of the Marvel Cinematic Universe, there was a unified threat. Despite the danger of many different villains, from Loki (Tom Hiddleston) in The Avengers (2012) to N’Jadaka/Erik “Killmonger” Stevens (Michael B. Jordan) in Black Panther (2018), there was always the overarching and menacing presence of the Mad Titan, Thanos (Josh Brolin).

The villain, who first made his appearance in Marvel Comics in the mid-1970s, represented the most significant threat that the Avengers had ever faced. The threat presented by Thanos (Brolin) both united and tore apart the team in spectacular fashion: Tony Stark/Iron Man (Robert Downey Jr.) sacrificed himself, along with Natasha Romanoff/Black Widow (Scarlett Johansson) Steve Rogers/Captain America (Chris Evans) passed the torch and retired, Thor (Chris Hemsworth) went off in search of new meaning, and Hulk/Bruce Banner (Mark Ruffalo) and Hawkeye/Clint Barton (Jeremy Renner) both learned to move forward.

Talk about a hard act to follow! Any villain that came after would be hard-pressed to be as intriguing, as engaging, and as unstoppable as Thanos (Brolin). Though a variant of Kang (Majors) was introduced in Phase Four, he has yet to be the ever-present threat that Thanos (Brolin) was during the early Phases of the Marvel Cinematic Universe. This absence has not gone unnoticed in Phase Four, as many feel that a lack of unity or focus has contributed to its lackluster feel.

If a certain producer is to be believed, this is about to change in the next phase of the Marvel Cinematic Universe. According to a recent interview with Total Film and reported by The Direct, Kang (Majors) is poised to take a much more prominent role in Phase Five. Stephen Broussard, VP and producer at Marvel Studios, spoke about the new villain in Phase Five, teasing that fans will see a lot more of him in coming years. Broussard said of Kang:

“[He is] very powerful, very formidable, very strong, and will have, obviously, an ongoing presence, à la Thanos in the stories, going forward in ways that are different from Thanos and feel very fresh to us…”

Waiting in the wings, an ever-present threat could be just what the Marvel Cinematic Universe needs to get things back on track following a somewhat aimless Phase Four. Broussard also hyped up the next appearance by Majors as Kang, echoing the sentiments of the film’s director, Peyton Reed. Both Reed and Broussard said that Ant-Man and the Wasp: Quantumania (2023) would not be the “palette cleanser” audiences have come to expect from Ant-Man (Paul Rudd).

Instead, both Marvel higher-ups promised audiences a film on par with films like The Avengers, Broussard even adding that the sequel would be “big” and “central to the future of the MCU.” If his Marvel Cinematic Universe variant is anything like his iteration from Marvel Comics, Kang (Majors) may well push the surviving Avengers to their breaking point and beyond. Fans already think Ant-Man (Rudd) may not survive his next film to show how serious this new villain is.

Ant-Man and the Wasp: Quantumania will hit theaters February 17, 2023, and will star Jonathan Majors as Kang the Conqueror, Paul Rudd as Scott Lang/Ant-Man, Evangeline Lilly as Hope van Dyne/The Wasp, and Kathryn Newton as Cassandra Lang. Ant-Man (Rudd) and his family will face the biggest threat to the Multiverse: Kang (Majors), on the microscopic battlefield of the Quantum Realm in an adventure that has promised to push these heroes “To their limit.”

What do you think about Kang’s presence in the MCU? Let us know in the comments below!