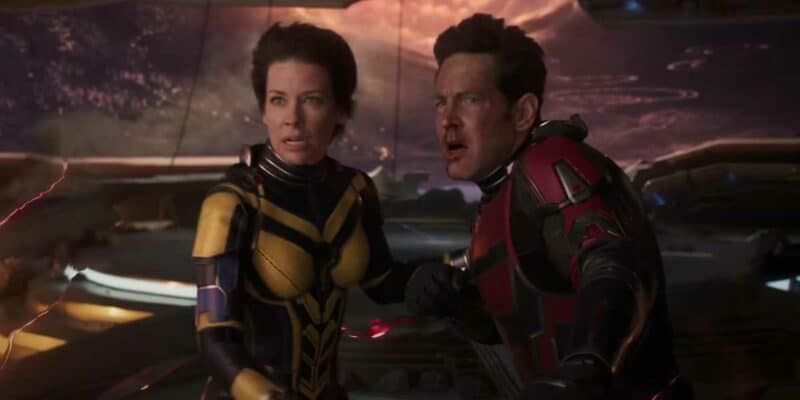 Marvel has spoken out about one actor from Ant-Man and the Wasp: Quantumania (2023) who made waves for all the wrong reasons earlier this year.

As Black Panther: Wakanda Forever (2022) continues to dominate the box office, Marvel fans are looking ahead to the new slate of movies headed their way. Phase Five will begin on February 17 next year when Ant-Man and the Wasp: Quantumania joins Kevin Feige’s ever-expanding Marvel Cinematic Universe.

One surprising addition to the Ant-Man threequel is long-time Hollywood actor Bill Murray. Many celebrated the announcement that the Ghostbusters star would be joining the MCU, however, news about Murray’s sexual misconduct and inappropriate behavior led to another Disney-owned studio’s movie being shut down.

Helmed by Aziz Ansari, Being Mortal (TBD) from Searchlight Pictures is currently suspended after production was shut down due to these claims about Murray. Keke Palmer and Seth Rogan were set to star alongside Murray in the film based on the non-fiction book of the same name by Atul Gawande.

Production began in March and in April was suspended; Murray spoke out on the issue, stating “that he did something that he thought was funny but it wasn’t taken that way.” The actor clarified that the studio wanted to do the right thing and investigate it. In October, reports emerged that Murray had straddled a much younger female production assistant and kissed her on the mouth, leading to the complaint being made.

But, despite these allegations and investigation, The Walt Disney Company and Marvel Studios have continued supporting Murray’s role in Ant-Man and the Wasp: Quantumania. Just recently, Marvel director Peyton Reed and the cast including Rudd, Lilly, Newton, and Kang the Conqueror actor, Jonathan Majors, spoke to Entertainment Weekly about the upcoming Marvel movie. And it didn’t take long for Reed to discuss Murray’s role in the film.

“Bill Murray plays a character from Janet van Dyne’s past. It’s a crucial role. A big theme in this movie is the things that parents and kids don’t say to each other, the secrets that they keep in families.

In the last movie, when Hank and Hope rescue Janet, Evangeline Lilly’s character had this idea of: Oh, I’m going to be reunited with my mom, this is going to be great, we’re going to talk about everything. But what happens if the other person, in this case Janet, puts up a wall and maybe is not comfortable talking about certain things and doesn’t reveal certain things about her past?

As we know from great stories, you can put the past behind you, but the past will always find a way to show up again. Bill’s character represents that in this movie.”

What’s intriguing is that The Walt Disney Company owns both Marvel Studios and Searchlight Pictures, and while Murray is under investigation for severely inappropriate behavior for the latter, it seems for Marvel, they are moving forward with promoting Murray’s undisclosed character in Ant-Man and the Wasp: Quantumania — even coining it a “crucial role”.

The 31st Marvel film is the first in the MCU’s new Phase Five and will continue the ongoing Multiverse Saga. Next year will also see Guardians of the Galaxy Vol. 3 (2023) and The Marvels (2023) release.

Do you think Bill Murray should have been removed from Ant-Man and the Wasp: Quantumania? Let us know in the comments down below!