Fans Declare 'Guardians of the Galaxy Vol. 3' Boycott After Drastic Change Shatters Franchise - Inside the Magic 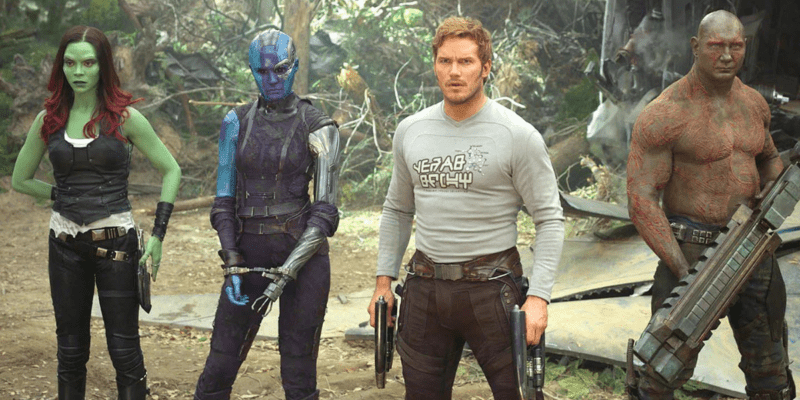 A shift in the entertainment industry occurred recently which may have a direct effect on the movie world’s biggest player.

Kevin Feige’s Marvel Cinematic Universe has endured the test of time. When Jon Favreau’s Iron Man (2008) released, not many would have expected such a formidable rebirth of the superhero genre with plans projected through 2032. But, Marvel did what others had failed to do. Now, with 30 films, multiple television shows, and four Phases deep, the MCU continues to be the leading player in comic book adaptations.

From Sony Pictures and The Amazing Spider-Man (2012) to Warner Bros. and Man of Steel (2013), competition to Marvel’s burgeoning empire began to take root. However, the commercial and critical failure of the former led Sony to quash any follow-ups, instead opting to establish the future Sony Spider-Man Universe with Venom (2018). As for Warner Bros., the troubled history of DC Studios has left new co-CEOs James Gunn and Peter Safran with the momentous task of rejuvenating the failing franchise, and their latest decision may have just been the final straw for many.

In a recent Instagram post, Clark Kent actor Henry Cavill shared that he would, after all, not be returning as the son of Krypton, Kal-El AKA Superman for an upcoming movie. Cavill first appeared in Man of Steel before other appearances in films like Batman v Superman: Dawn of Justice (2016) and Zack Snyder’s Justice League (2021). A surprising moment in the post-credits scene of Dwayne Johnson’s Black Adam (2022) left fans craving more of Cavill’s red-and-blue hero, and it was all seemingly in motion until Gunn and Safran pulled the plug, shattering the already crumbling DCU.

This news has caused discourse online both in favor of the new DC Studios chiefs’ decision and against their choice to introduce a new, younger Superman. And while all this may seem to be backlash directed at Warner Bros. Discovery, CEO David Zaslav, Gunn, Safran, and the DCU, it is actually having an impact on Marvel and Gunn’s upcoming movie, Guardians of the Galaxy Vol. 3 (2022).

Upon the news breaking of Cavill’s departure, many took to Twitter to voice their anger, frustration, and concern. Some language may not be suitable for younger readers.

@andlago shared a picture of Joaquin Phoenix’s Joker, with the caption:

The face of DCfans who believed in @JamesGunn. I propose a boycott of Guardians of the Galaxy 3. #HenryCavill #Superman

Don’t forget we need to boycott Guardians of the Galaxy 3. #FireJamesGunn

Don’t forget we need to boycott Guardians of the Galaxy 3. #FireJamesGunn

I’m calling for a boycott of any DC property moving forward. Also a boycott of guardians of the galaxy 3. It’s sickening what DC and Gunn have done to Henry Cavill.

I’m calling for a boycott of any DC property moving forward. Also a boycott of guardians of the galaxy 3. It’s sickening what DC and Gunn have done to Henry Cavill. 🖕 pic.twitter.com/fUHWYLsVkx

In a reply to director James Gunn’s tweet about the upcoming DC slate announcement and his reveal that he would be writing the new Superman movie, @Zombskyttles wrote:

Oooh yeah, can’t wait for you to imitate a Guardians of the Galaxy movie through DC. I absolutely will not see any future DC projects in hope that others will boycott as well. Let WB burn with their decision to keep Ezra, Amber, and hiring you.

Oooh yeah, can't wait for you to imitate a Guardians of the Galaxy movie through DC. I absolutely will not see any future DC projects in hope that others will boycott as well. Let WB burn with their decision to keep Ezra, Amber, and hiring you.

Gunn is no stranger to working with DC Studios prior to his new role; the director helmed The Suicide Squad (2021) after being fired from The Walt Disney Company and Marvel Studios, and later the Peacemaker television series for HBO Max. But, despite his fan approval of the Guardians of the Galaxy franchise, this latest move could have a lasting impact on the beloved group of disparate misfits.

It has already been said by Gunn and members of the cast that Guardians of the Galaxy Vol. 3 will be the last outing for this specific group with many theorizing that Bradley Cooper’s Rocket Raccoon could meet his end in the third movie. However, will this power shift in the DCU cause an aftershock for Guardians 3 and, by extension, Marvel Studios?

Based on Marvel Comics, the Guardians of the Galaxy Vol. 3 film stars Chris Pratt as Peter Quill/Star-Lord, Zoe Saldaña as Gamora, Karen Gillan as Nebula, Bradley Cooper as Rocket Raccoon, Dave Bautista as Drax the Destroyer, Pom Klementieff as Mantis, Sean Gunn as Kraglin Obfonteri, Vin Diesel as Groot, Will Poulter as Adam Warlock, Maria Bakalova as Cosmo the Spacedog, Sylvester Stallone as Stakar Ogord, Elizabeth Debicki as Ayesha, and Chukwudi Iwuji as High Evolutionary. Daniela Melchior has been cast in an undisclosed role. The Marvel movie is set to release on May 5, 2023.

Many of the space-faring misfits returned recently in The Guardians of the Galaxy Holiday Special (2022) on Disney+.

Will the recasting of Superman make you skip Guardians of the Galaxy Vol. 3? Let us know in the comments down below!