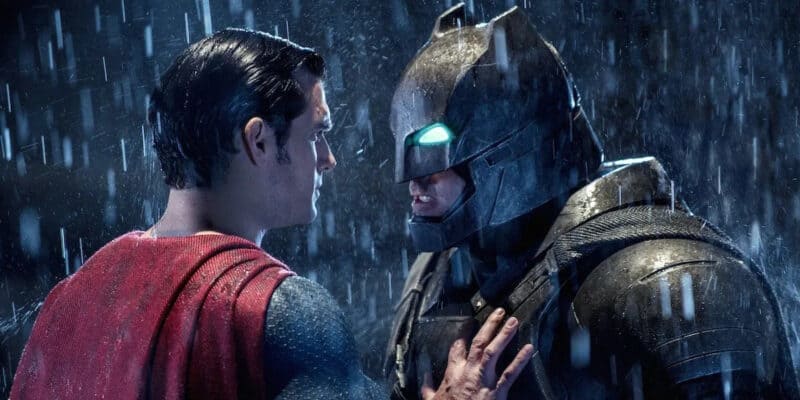 Not too long after a major news outlet reported potential Batman casting news, the new DC head called them out on Twitter.

James Gunn, current head of DC Studios and the DC Universe (formerly the DCEU or DC Extended Universe) under the Warner Bros. Discovery umbrella, fired back at false media reports earlier today via social media. Calling out specific reporters’ by name and even qu0te tweeting the offending article in question, it appears that Gunn has no qualms about dealing with false casting rumors and reports — especially when it comes to his new baby, the DC Universe (DCU).

This is notable as it indicates a potential switch-up within the DC Universe itself, especially with regard to its lineup of superheroes, and Justice League franchise casting.

Now, with Henry Cavill donning on the Superman cape once again after Black Adam (2022) actor Dwayne Johnson (AKA The Rock) promised him changes within DC and Warner Bros., the Batarang is up in the air as to who will fill the role — or re-fill — the role of the caped crusader. Batman/Bruce Wayne has had multiple iterations within the DC Universe — some particularly recent as well, such as Robert Pattinson’s variant from The Batman (2022) alongside Colin Farrell’s Penguin/Oswald Cobblepot and Zoë Kravitz’s Catwoman/Selina Kyle. Gunn’s latest tweet creates a once again, as despite previous Batman actors such as Christian Bale indicating they would consider returning to the role, as well as Michael Keaton once-slated to return to the now-cancelled Batgirl movie, it seems that the DC Universe’s future is in rocky waters again. Or perhaps just new ones.

Quote tweeting a recent Variety article, Gunn — despite praising the journalist at first — fired back at the reporter Adam B. Vary’s insinuation that Matt Reeves’ The Batman i.e. Robert Pattinson’s Bruce Wayne, might join the DCU and Justice League proper:

There are few reporters I love more than @adambvary – truly a good guy – but in this case he needs to get a new source as this is entirely untrue.

There are few reporters I love more than @adambvary – truly a good guy – but in this case he needs to get a new source as this is entirely untrue. https://t.co/a7cnbTfpSi

Could we be seeing the return of the “Snyderverse” as many DC fans seem to be clamoring for? Or will Gunn and Safran steer the DCU into entirely different waters?

Some fans took to rejoicing, taking this to mean the return of “Zack Synder’s vision” for the Justice League that hardcore “Snyder Cut” fans have been hoping for, as @GrimSorrow16 writes accompanying an image of Ben Affleck as Batman:

This is the Batman the fans are asking for

This is the Batman the fans are asking for pic.twitter.com/4TS8Do33RT

Keep in mind, however — the debunking of “Battinson” does not automatically mean “Batfleck” is actually back on the table.

It’s entirely likely that Gunn will be ready to reboot the entire DC Universe and shape it to his liking, choosing what works and what doesn’t. This would fall in line with the establishment of the puzzle pieces for a “Crisis on Infinite Earths” story (based on the similar DC Comic plotline of the same name) — except now it could exist with the elements kickstarting a new age and DC rebirth at Warner Bros. Discovery with James Gunn at the helm.

What do you think could be the future of the DC Universe? What do you hope to see from James Gunn and Peter Safran? Share your thoughts in the comments below!