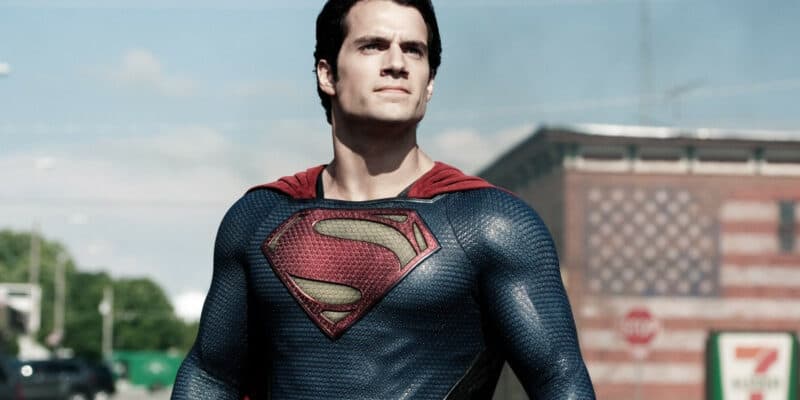 So, many have heard of the big Man of Steel news — but how did it even come to be?

Now, some spoilers for Black Adam are incoming, if you intend to watch the film and haven’t yet!

Many thought that Henry Cavill had hung up the red cape of the all-American superhero from Krypton, having found success as the White Wolf, Geralt of Rivia, in the wildly popular The Witcher (2020) series on Netflix, based on the Polish Andrzej Sapkowski books of the same name and the Triple A video games from CD Projekt Red — not to mention stints on movies like Enola Holmes (2021).

Now, it appears that the progenitor of the DCEU is returning to the franchise — but the Return of Superman did not come all that easy, according to one Dwayne “The Rock” Johnson.

Dwayne Johnson AKA The Rock, is the star of recently released Black Adam (2022) directed by Jaume-Collet Sera (check out our full review of the film here!), a spin-off from Shazam! (2019), with its upcoming sequel, Shazam! Fury of the Gods releasing in 2023. Johnson plays Black Adam, otherwise known as Teth-Adam, who poses a threat to the Justice Society of America, who consist of Hawkman (Aldis Hodge), Doctor Fate (Pierce Brosnan), Cyclone (Quintessa Swindell) and Atom Smasher (Noah Centineo).

In an interview with Brandon Davis for ComicBook, The Rock opened up about how he managed to convince Henry Cavill to return as the Man of Steel, and how he’s been “long time… buddies” and connected over a mutual business partner:

Well, you know I’ve known Henry for a long time. We’re buddies. Uh, my longtime business partner, Dany Garcia, she has been a big advocate for Henry. She’s managed Henry’s career over the years.

The former pro wrestler continued, explaining that it was his insistence on the “new leadership about to happen” over at Warner Bros. — in fact, DC Films specifically will be seeing new leadership right after Black Adam, as Warner Bros. Discovery have been wanting to plan their DC Films Universe similarly to Marvel Studios’, with a Kevin Feige-esque 10 year plan. Johnson also assured Cavill that the Black Adam team would do their utmost to “build” Black Adam into the most unstoppable and formidable antagonistic force:

It came down to… Dude, we… You know, we love Superman. There is new leadership about to happen in Warner Bros. Here’s an opportunity. We, on our end on Black Adam, we will do everything we can to pay homage and respect to the mythology of Black Adam and build him as being the most powerful and an unstoppable force on this planet.

Johnson also seemed to know how much it meant to Cavill that “what the fans want” was listened to this time within the DC Universe — and made sure to stress how there was a huge chance at something better “because [fans] have been ignored for so long”:

And if we do our job right at the end of the movie, then in comes not only the most powerful and unstoppable force in the entire universe, in Superman, but also the one that the fans want. And that’s the difference, and that’s the new era I’m talking about, I’m talking about this new era in the DC Universe is… we listen man, we listen to the fans. And we may not be able to do every single thing that they want, but they’re gonna know that they’re not ignored, because they’ve been ignored for so long. But we’re gonna listen to ’em, man.

The Black Adam actor also didn’t forget to stress how much respect he has for Cavill’s iconic take on Kal-El, and how important it was that this “new shift” in DC is bringing Superman back:

So in presenting that to Henry, you know, he also… Man, when it comes to Superman, I don’t know if there’s any other person on the planet who loves and embodies the mythology, the ethos, and everything of Superman than Henry. And so I’m so happy that it all came together. I’m so happy that the fans are losing their minds over it. And I’m so happy that there is a new shift in this DC Universe and… Superman is back.

The full clip of the interview can be viewed here:

"Superman is back."#BlackAdam himself @TheRock explains how he got Henry Cavill to suit up again.pic.twitter.com/JncqimRy0P

What do you think of Henry Cavill returning as Superman, and how Dwayne Johnson convinced him? Are you excited about new leadership at DC Films? Share your thoughts in the comments below!