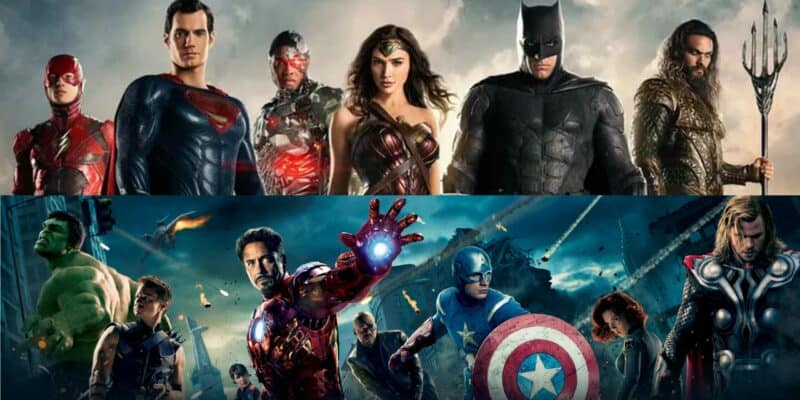 In light of the recent spate of sudden cancelations of completed films that Warner Bros. Discovery (WBD) has announced, much to the disappointment and emotional upset of cast and crew, it’s become apparent that the newly-merged Warner Bros. Discovery and their superhero property DC are not ready to go down against Disney and Marvel without a fight.

The Marvel Cinematic Universe (MCU) has raked in big bucks for The Walt Disney Company, with Kevin Feige at the helm of all things Marvel. Cleverly interweaving between different superhero projects, across big and small screens, Feige has helped resuscitate the “superhero movie” and turned the expectations of movie-goers and fans on their heads.

After over a decade of building up the Marvel Cinematic Universe after Robert Downey Jr. hit Iron Man (2008) where the star played “genius, billionaire, playboy, philanthropist” Tony Stark — the Marvel machine has continued on, non-stop. Huge cinematic events like the Avengers series of films brought superheroes from different nations, origins, timelines, and realities together (and millions of fans across the globe scrambling into movie theaters) all starting with Joss Whedon’s Avengers (2012) and culminating in the Russo brothers’ Avengers: Infinity War (2018) and Avengers: Endgame (2019).

The Marvel Cinematic Universe plows on today, with the “next big thing” on the multimedia superhero docket being the Multiverse Saga — already moving into Phase Five and Phase Six — announced just this year at San Diego Comic-Con (SDCC).

At the Warner Bros. Discovery Q2 Earnings Call, Zaslav made it clear that he wants to center DC and their DC Extended Universe (DCEU) as the main priority for their company. He claims that as DC superheroes are “brands that are known everywhere in the world”; they have “done a reset” and “restructured the business where we’re going to focus”. Most importantly, he says that “there will be a team with a ten-year plan focusing just on DC”:

As we look at the opportunities that we have broadly, DC is at the top of the list for us. You look at Batman, Superman, Wonder Woman, and Aquaman, these are brands that are known everywhere in the world and the ability to drive those all over the world with great stories is a big opportunity for us. We have done a reset. We’ve restructured the business where we’re going to focus. There will be a team with a ten-year plan focusing just on DC. It’s very similar to the structure that Alan Horn and Bob Iger put together very effectively with Kevin Feige at Disney.

The structure that “Alan Horn and Bob Iger put together” is the implementation of Marvel Studios, which is helmed by Feige, and oversees all Marvel and Marvel Cinematic Universe-related properties and creative decisions. This is done in order to organize story threads to tell a cohesive tale that spans across the much-loved cinematic universe — that most importantly, fans can follow and get immersed in. Horn, who was the Walt Disney Company’s Chief Creative Officer, recently joined Warner Bros. Discovery in a consultant role, and that move is now becoming clear.

The sort of dogged dedication from Marvel fans that has naturally sprung up around the MCU essentially guarantees box office success — even if some films fail to hit as well as expected critically, like the recent Taika Waititi-directed Thor: Love and Thunder (2022).

A 10-year plan for DC will likely include the “brands known everywhere in the world” — Justice League icons Batman, Superman, Wonder Woman, and Aquaman — but how WBD intends to tie any new films featuring these great heroes into the existing canon of the DC Extended Universe is a huge question mark, as Zack Snyder’s DC film Justice League has its own almost cult-like following, that once pressured the studio into releasing the massive, four-hour-long “Snyder Cut” of the film.

If they decide to fully eradicate or retcon the “Snyderverse” as things seem to be leaning towards, who knows what will happen to the mess that is the DC Extended Universe right now, or in the near future?

Hopefully, audiences won’t get too confused, as pulling off “an MCU” is going to take a lot of slow building up. It will take investment into individual superheroes and their standalone films to get fans attached, smart plots that interconnect across the films, and an “Avengers-level threat” worthy of a big cinematic get-together to vanquish the collective foe.

For now, Disney and the Marvel Cinematic Universe will remain happily, about a hundred steps ahead of Warner Bros. Discovery and DC. And if WBD is truly restructuring, they will be stuck taking those baby steps, giving the MCU even more time to develop as a mainstay of film and television for years to come.

What do you think of DC getting restructured to look more like Marvel? Share your thoughts in the comments below!

Jacob Scipio would have played Anthony Bressi, mob boss in Gotham City, and Brendan Fraser would have been Ted Carson / Firefly, a pyromaniac and sociopathic veteran.

An alternate-DC universe Batman AKA Gotham City elite and wealthy socialite Bruce Wayne is played by Michael Keaton, returning to his iconic role.