Two Months Before Release, Marvel Shows Off Recast 'Ant-Man' Star In New Image - Inside the Magic 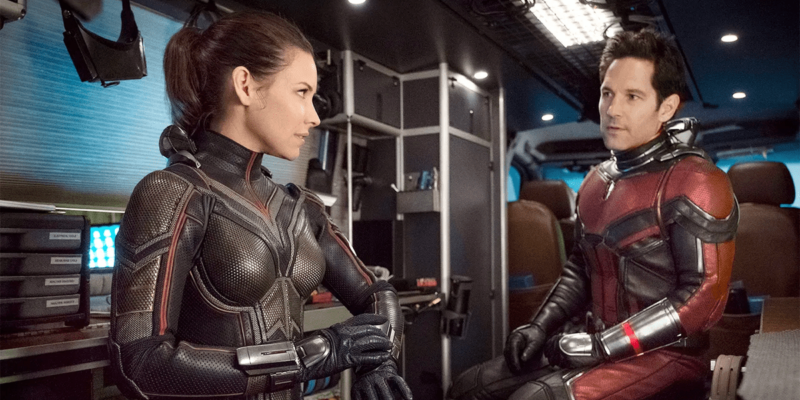 With teasers and trailers abound, Marvel Studios has released new images including one centered on one recast character — the movie’s new superhero.

Ant-Man and the Wasp: Quantumania will be the third Marvel movie in Peyton Reed’s Ant-Man series. Paul Rudd‘s Scott Lang has been a mainstay in the MCU since Ant-Man was released in 2015. Appearing in his own films as well as others like Captain America: Civil War (2016) and the Infinity Saga Avengers finale, Infinity War (2018) and Endgame (2019), Rudd will reprise his role again in next year’s second sequel.

Joining Rudd is Evangeline Lilly as Hope van Dyne/Wasp, as well as Michael Douglas and Michelle Pfieffer as Hope’s parents, Hank Pym and Janet van Dyne, respectively. The movie is set to deep dive into the Quantum Realm, something Reed’s MCU films have only touched upon in the past, where Ant-Man and the Wasp will encounter Quantumania‘s Big Bad, and the overarching villain of the Multiverse Saga, Kang the Conqueror played by Jonathan Majors.

This time around the quartet will have a new addition to their number in the form of Scott’s daughter, Cassie Lang. While Emma Fuhrmann played the role of grown-up Cassie in Avengers: Endgame, for Quantumania the role is taken over by Kathryn Newton. The former spoke out about her replacement when the news of Newton’s casting broke, saying she hoped to work with Marvel Studios again in the future.

Seemingly, Newton’s Cassie Lang will become yet another superhero, likely in the form of Stinger (an iteration of the character established in Marvel Comics) and Reed has stated that the relationship between Scott and Cassie is the heart of the film. This, along with images of Rudd’s Ant-Man looking battered and bruised, has left fans wondering if the beloved character will make it out of the Quantum Realm alive — Kang the Conqueror certainly doesn’t think so.

Now, Marvel — by the way of Entertainment Weekly — has released new images of the upcoming MCU film, including one of father and daughter duo, Rudd’s Scott and Newton as the recast Cassie Lang.

We spoke with director Peyton Reed about his forthcoming ‘Ant-Man and the Wasp: Quantumania’ and the big swings he’s taking.

We spoke with director Peyton Reed about his forthcoming 'Ant-Man and the Wasp: Quantumania' and the big swings he's taking. https://t.co/e8BCgIWO3Y

The image shows Scott and Cassie looking intently at something, and judging by the trailer, it could be one of many surprises. With this same bout of images, Reed also claimed that he wished for Ant-Man and the Wasp: Quantumania to be an Avengers-level event, stating he doesn’t want the Ant-Man movies to be seen as a “palate cleanser”.

While anticipation is high for the Ant-Man threequel, the movie has been the source of some controversy. Firstly, Wasp actress Evangeline Lilly sparked discourse way back in 2020 in her response to COVID-19 safety protocols, while earlier this year, the former Lost star spoke in defense of anti-vaccination protests, calling for “bodily sovereignty”.

Then, Bill Murray, who stars in Ant-Man and the Wasp: Quantumania in an undisclosed role, caused the shutdown of Aziz Ansari’s Being Mortal (TBD) from Searchlight Pictures due to claims of inappropriate behavior and sexual misconduct — it was reported the actor straddled a much younger female production assistant and kissed her on the mouth. So far, Marvel Studios are still moving ahead with Murray’s inclusion despite both Searchlight and Marvel being owned by The Walt Disney Company.

Written by Jeff Loveness, Ant-Man and the Wasp: Quantumania will release on February 17, 2023.

Are you looking forward to seeing the new Cassie Lang next year? Let us know in the comments down below!

Comments Off on Two Months Before Release, Marvel Shows Off Recast ‘Ant-Man’ Star In New Image