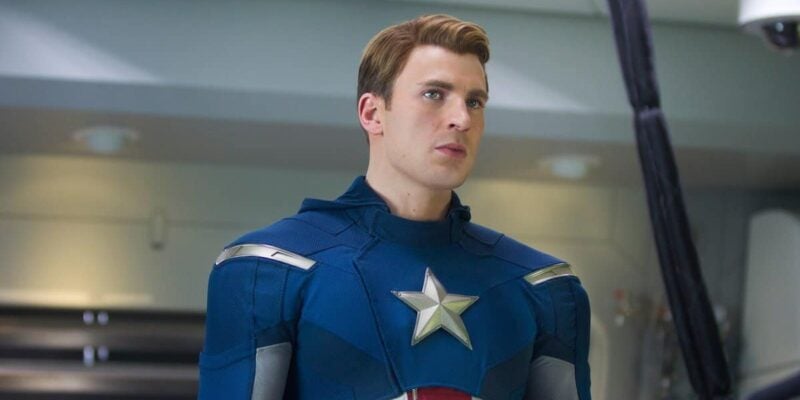 Chris Evans has become one of the most iconic actors in the Marvel Cinematic Universe.

At the end of Avengers: Endgame (2019), Chris Evans’ character Steve Rogers elected to hang up the red, white, and blue and turned over the duties and role of Captain America to his friend Sam Wilson (Falcon/Captain America).

As the franchise moves forward with Sam Wilson in Captain America: New World Order (2024), there have been plenty of rumors pointing toward Chris Evans reprising his role and making a comeback. But, those have continued to be debunked.

While it doesn’t look probable that Chris Evans will be putting on the red, white, and blue, it does seem that he could be turning into fire in another Marvel movie in 2024.

There are now reports that Evans could reprise his role as Johnny Storm/Human Torch in Deadpool 3 alongside Ryan Reynolds and Hugh Jackman (Wolverine). The third installment of the franchise is expected to debut in theaters in 2024, the same year as Captain America: New World Order, and this would bring him back to the role that he played more than 15 years ago.

Evans actually mentioned that he would love to reprise the role in a previous interview several months ago.

“I would love it. That would actually be an easier sell to me than coming back as Cap. You know what I mean? Cap is so precious to me. And you know, I almost don’t wanna disrupt what a beautiful experience that was. But Johnny Storm, I feel like he didn’t really get his day. That was before Marvel really found its footing. So, I loved that role and, you know, who knows,” he added.

While this hasn’t been confirmed, it would be interesting to see what Disney and Marvel Studios could do with a crossover between Deadpool and the Fantastic Four.

Evans’ most recent role with Disney was playing the voice of Buzz Lightyear, replacing Tim Allen, in the Animated film Lightyear.

What do you think of Chris Evans potentially reprising his role as Human Torch? Let us know in the comments!