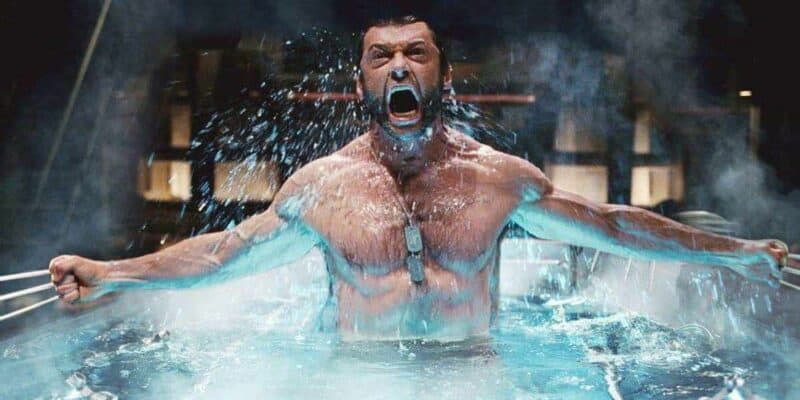 Is Jackman getting his jack-iest this time around? (Sorry, had to.)

It was only in September of this year that The Walt Disney Company’s acquisition of 20th Century Fox (now 20th Century Studios) had its X-Men Universe officially show up in the Marvel Studios’ Marvel Cinematic Universe (MCU) with its very first full-length feature film with main characters straight from that X-Men world. The ever-humorous Ryan Reynolds announced alongside his frequent frenemy Hugh Jackman that they would be returning to the roles of Deadpool/Wade Wilson and Wolverine/ — both X-Men Mutants — in the upcoming Deadpool 3.

Of course, this isn’t the very first time that audiences and Marvel fans alike have seen elements from that Fox X-Men Universe show up in the MCU — we’ve had that universe’s X-Men granddaddy, Patrick Stewart as Professor Charles Xavier, or “Professor X”, already starring in 2022’s MCU-based Doctor Strange in the Multiverse of Madness. So far, within the MCU itself, Mutants have begun being set up (by likely, Kevin Feige himself). Apart from Ms. Marvel (2022) surprising everyone with an early Mutant connection, Black Panther: Wakanda Forever introduced this “MCU X-Men” Easter Egg of sorts. To top all of that off, yesterday even more Mutant-heavy news surfaced — when rumors from noted insiders came to light, revealing an X-Men-centric plotline for Captain America: New World Order (2024).

Now the big question is: where on Earth does Hugh Jackman’s Wolverine fit into the MCU picture? And of course, the even bigger, perennial question — how jacked exactly will Jackman be? Ryan Reynolds has certainly started training already.

During The Empire Film Podcast, Hugh Jackman was a guest alongside Christian Bale (Thor: Love and Thunder (2022)), as well as Kate Hudson and Jennifer Henwick (Glass Onion: A Knives Out Mystery (2022)).

In response to the question of whether training for the role was getting any easier, the ever-dedicated Hugh Jackman said:

No, a lot harder. I’m doing eight shows a week right now, so I’m only lifting weights three times a week. But I’ll be getting into it once or twice a day as soon as this is done in a month. And I’ll have six months to prep, and I always have the same approach every time I go in.

Yup, he’s planning to work out once or twice a day.

This makes a lot of sense coming from the man who dehydrated himself to dangerous levels just to appear a certain way as Jean Valjean in Tom Hopper’s 2012 Les Misérables — even when he had to sing and perform live and potentially risk damaging his vocal chords for good. It appears that Jackman is willing to dedicate a full half a year to training intensely for this role, with lifting “three times a week” as something he’s not currently happy with — and “good” is not enough any more. In fact, he continues, he wants to be “better than ever”.

Now, Jackman talks about what this means for the Deadpool 3 movie specifically, and Jackman’s role of Logan/Wolverine, is somewhat telling of a potential hidden plot point:

I want it to be better than ever, to be in better shape than ever, more able to do things than ever. I just get the added incentive of taking Ryan Reynolds out each day.

Did Hugh Jackman just say he wants to be in the best shape of his life in order to be “taking Ryan Reynolds out”? Could this be Jackman hinting that Wolverine will be tasked to take out the Merc with a Mouth for good, seeing as both of them have a similar healing factor, letting them seemingly (eternally) go head-to-head? Could we be seeing Wade Wilson’s mercenary-level, R-rated brutality rub against Logan’s undeniably good heart?

Currently, the details surrounding Deadpool 3 are still scarce, as it has only been officially announced for several months. But we can certainly hope for something explosive, and a return to super-buff, sideburn-y, claw-filled form for Jackman. At least Jackman still has six whole months to train — unlike MCU’s “skinny” Hercules, who only had two weeks.

The series of movies followed the exploits of genetic Mutants with superpowers living in the modern world, with Patrick Stewart as Professor Charles Xavier, or “Professor X” and Ian McKellen as Erik Lehnsherr/Magneto at loggerheads with their respective approaches to Mutant-human diplomacy taking almost opposite points of view. Caught up in all this are other Mutants forced to take sides, such as Hugh Jackman as Logan/Wolverine, Halle Berry as Ororo Munroe/Storm, Famke Janssen as Dr. Jean Grey, James Marsden as Scott Summers/Cyclops, Rebecca Romijn as Mystique, Alan Cumming as Kurt Wagner/Nightcrawler, Anna Paquin as Anna Marie LeBeau/Rogue — and many, many more. Later movies explored prequel stories and time travel, where characters such as Professor Xavier, Magneto, Mystique were portrayed by James McAvoy, Michael Fassbender, and Jennifer Lawrence, respectively.