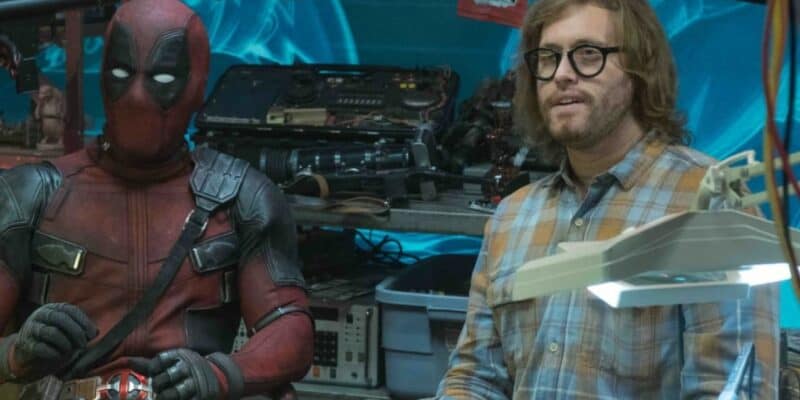 Perhaps not everything is sunshine and roses on set.

This former Deadpool franchise star has a lot to say about working with their negative experience working with Ryan Reynolds.

Recently, Weasel actor TJ Miller who starred in both the first Deadpool (2016) movie and Deadpool 2 (2018) has come forward with the statement that well-known actor Ryan Reynolds of Free Guy, The Adam Project, and most importantly, Deadpool fame, has had his personality take a turn for the worse after achieving success.

TJ Miller’s character, Weasel, was born as Jack Hammer, and works as a bartender at the mercenary bar Sister Margaret’s School for Wayward Children, within the X-Men Universe (where the Deadpool franchise takes place). He interacts frequently with Reynolds’ Wade Wilson, acting as a listening ear and confidante, and is in fact the friend that helped him come up with the “Deadpool” moniker in the first place, after the string of organized bar fights called the “Deadpool”.

The Walt’s Disney Company’s acquisition of 20th Century Fox (now 20th Century Studios) has brought X-Men under the Marvel Studios wing and Deadpool back into the spotlight — especially after the joint announcement by Ryan Reynolds and X-Men Wolverine actor Hugh Jackman not too long ago. Reynolds no doubt has some significant sway with regards to the development of the Deadpool franchise, such as even requesting for a specifically smaller budget for Deadpool 3.

Now that Deadpool 3 is on the horizon within the Marvel Cinematic Universe (MCU) created by Marvel Studios, TJ Miller has been asked about the potential return of his character to the franchise.

Instead of an enthusiastic “yes”, he instead had some very interesting things to say about his experience on the Deadpool films, and particularly his experience working with one Ryan Reynolds.

Citing a bad work experience with the Wade Wilson/Deadpool actor after the first film, TJ Miller opened up on The Adam Carolla Show.

Speaking on his relationship with Ryan Reynolds, Miller says:

I got along better with him on the first Deadpool. Because he wasn’t a huge, huge movie star. He was sort of a movie star who kinda struck out a few times, most notably with Green Lantern.

Continuing along the same thread, Miller adds that he thinks he has a “frenemy” relationship with Reynolds currently, and actually gets the feeling that on some level, Reynolds “hates [him]”, although Miller respects his comedic chops. Miller explains that one of the reasons is that Reynolds is the kind of guy who is sometimes “too good-looking”:

So I love him as a comedian, but I think after he got super, super famous from the first Deadpool, then things kinda changed. I think he was like, ‘See? You guys, see?’

And then I think he — I dunno. Would I work with him again? No.

Miller then goes on to explain the evidence of Reynolds’ “hatred” after some prompting from the interviewers.

He details a specifically awkward occurrence on the Deadpool set, when Reynolds spoke to Miller in “the character” of Deadpool:

He was, like, horrifically mean to me. But to me. As if I’m Weasel. He was like, ‘You know what’s great about you, Weasel? You’re not the star, but you do just enough exposition that it’s funny and then we can leave and get back to the real movie.’

Miller then goes on to detail how awkward the rest of the crew were, questioning “why is Ryan doing this?” after the director hesitantly said “… cut?”, as well as how his significant other Kate Gorney, who was watching at the time, allegedly called the moment “f*cking weird” and “insane”.

Throughout the Deadpool movies, Miller felt that Reynolds made hurtful insinuations, believing himself funnier and more experienced:

That’s exactly why he said that. Because I’m not funnier than he is at all, right? And I haven’t been in more movies than him.

Miller also calls Reynolds an “insecure dude” even though he is very “nice”, and “[Miller] can’t begin to guess what [Renyolds’] deal is”.

However, it appears that TJ Miller himself does not hold a grudge, as he says:

But I, I sort of wish him well because he’s so good as Deadpool. I think it’s weird that he hates me.

He even clarifies that he wants Deadpool 3 to do well:

I don’t wish them any ill will. I think [Reynolds] should make a Deadpool 3 and continue to make movies. I just think he doesn’t like me, and I thought it was weird how he expressed that.

During the interview, Miller also confirms that he has not been contacted about returning to his role in Deadpool 3.

It’s however important to note that TJ Miller himself has been the subject of much controversy. Miller has been arrested for phoning in a fake Amtrak bomb threat back in 2018, and has been accused of sexual misconduct and assault, being a part of Vox’s breakdown and coverage of the #MeToo movement.

Perhaps that has colored Ryan Reynolds perception of his co-star.

What do you think of Ryan Reynolds alleged behavior? Will you be going to see Deadpool 3? Share your thoughts in the comments below!