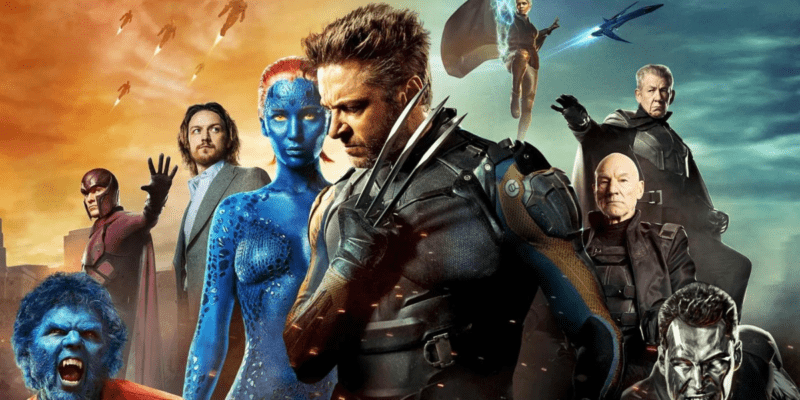 How will the Marvel Cinematic Universe (MCU) introduce audiences to X-Men?

The answer might come sooner than you think — and in a way that you might not have expected.

With the newest entry into the Captain America franchise, Captain America: New World Order slated for May 3, 2024 will see a soft reboot to the Captain America brand — now that Steve Rogers portrayed by Chris Evans is bowing out of the title. Instead, Sam Wilson, formerly known as the superhero Falcon (Anthony Mackie) (yup, MCU’s Falcon will now be someone different!) will be officially taking on the Cap mantle and shield.

After the events of Avengers: Endgame (2019) when the iconic Vibranium shield was left to Sam Wilson, best friend to Steve Rogers, World War II veteran Bucky Barnes — otherwise known as the Winter Soldier (Sebastian Stan) — took to the streets to fight crime once again with his (mostly) buddy Sam in Falcon and the Winter Soldier (2021) over on Disney+. Together, they navigated the loss of their friend and the world’s American icon, as they formed tentative working relationships with Helmut Zemo AKA Baron Zemo (Daniel Brühl) to deal with looming terror threats. Now, Captain America: New World Order will follow along a similar vein, with a recast Harrison Ford as the new Thaddeus Ross AKA Thunderbolt Ross (Red Hulk). Its actual subject matter however, has been totally unknown — until potentially, now.

Kevin Feige’s big Marvel brain is proving especially strong, as events of recent Disney+ shows and MCU movies alike are coming into play to potentially set up the events of the new Captain America movie. It’s not just Falcon and the Winter Soldier whose story and plot elements will show up once again — but Black Panther: Wakanda Forever (2022) and interestingly, the (often panned) Eternals (2021).

In fact, this new rumor indicates that a new X-Men-related element will come into play much earlier than expected. According to previous reports of an Eternals-centered Thunderbolts (2024) plot, remains of the Celestial Tiamut reportedly house Adamantium, the metal material infused into Wolverine’s bones, and was the island of the Mutants, Genosha — like in the Marvel Comic series, “X-Men”.

Now, The Direct reports that known insider Daniel Richtman has revealed that in fact, this plotline might show up way earlier than in Thunderbolts:

Captain America 4 is about “an international conflict over a new metal called Adamantium.”

Additionally, Richtman also reveals that the plot of New World Order will entail a fight over this new resource, with “… every country [wanting] a piece of that new metal”. This will likely mirror the international fight over the metal Vibranium found in Wakanda (and Black Panther 2 spoilers: Namor’s (Tenoch Huerta) Talokan) — used for Tony Stark’s (Robert Downey Jr.) Iron Man suit — and most importantly, Captain America’s shield. Except this time, no one country or people has control over it, seeing Adamantium would have likely come from a Celestial source.

The events of Captain America: New World Order will presumably lead into the Marvel “Suicide Squad” of antiheroes, July 26, 2024’s Thunderbolts, marking the end of Phase Five with Earth seemingly spiraling into international conflict — as Multiversal threat Kang the Conqueror and the events of Avengers: The Kang Dynasty (2025) and Avengers: Secret Wars (2026) loom on the horizon.

This rumor definitely seems plausible, seeing as Fox’s X-Men Universe has already been confirmed to join the mainline MCU after The Walt Disney Company’s acquisition of 20th Century Fox (now 20th Century Studios). With the recent greenlight of Deadpool 3 featuring none other than Hugh Jackman’s Wolverine/Logan alongside Ryan Reynolds’ Deadpool/Wade Wilson — it seems like only a matter of time before the Marvel Cinematic Universe brought in their own version of the Mutants. Since Ms. Marvel‘s (2022) surprising Mutant connection, and Black Panther: Wakanda Forever introduced this “MCU X-Men” tidbit — it looks like we’ll be seeing a lot more Mutants on our screens than we might expect!

What do you think about this Adamantium and X-Men rumor? Do you think this is a smart move on the MCU’s part? Share your thoughts in the comments below!

Notably within the (previously) Fox X-Men Universe are well-known greats, (beginning with 2000’s X-Men) such as Patrick Stewart as Professor Charles Xavier, or “Professor X” (who also starred in 2022’s MCU-based Doctor Strange in the Multiverse of Madness), Hugh Jackman as Logan/Wolverine, Ian McKellen as Erik Lehnsherr/Magneto. The series of movies followed the exploits of genetic Mutants with superpowers living in the modern world, with Professor X and Magneto at loggerheads with their respective approaches to Mutant-human diplomacy taking almost opposite points of view. Caught up in all this are other Mutants forced to take sides, such as Halle Berry as Ororo Munroe/Storm, Famke Janssen as Dr. Jean Grey, James Marsden as Scott Summers/Cyclops, Rebecca Romijn as Mystique, Alan Cumming as Kurt Wagner/Nightcrawler, Anna Paquin as Anna Marie LeBeau/Rogue — and many, many more. Later movies explored prequel stories and time travel, where characters such as Professor Xavier, Magneto, Mystique were portrayed by James McAvoy, Michael Fassbender, and Jennifer Lawrence, respectively.