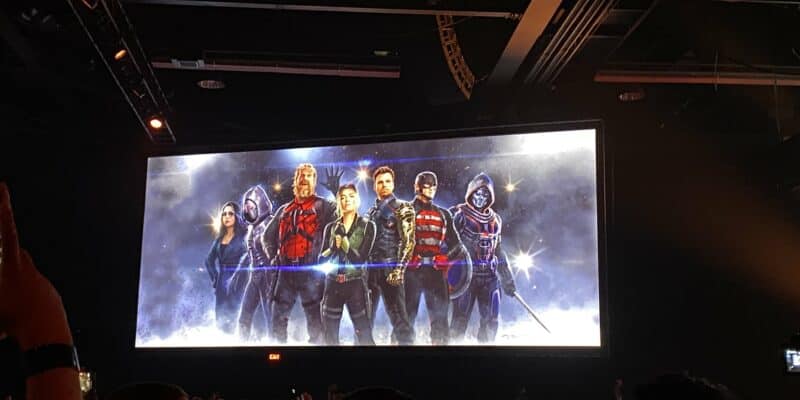 The Marvel Cinematic Universe (MCU) has been going through multiple “Phases” in its storyline — from Phase 3 ending dramatically with Avengers: Endgame (2019) directed by Anthony and Joe Russo (the Russo brothers), saying goodbye to Marvel heavyweights Robert Downey Jr. as Iron Man/Tony Stark and Chris Evans as Captain America/Steve Rogers.

The MCU is currently in Phase Four, but during the San Diego Comic Con (SDCC) Marvel panel this year, Marvel head Kevin Feige confirmed the direction of the Marvel Cinematic Universe moving forward — with a look at the MCU’s Phase Five and Phase Six — with Phase Five ending with an explosive Thunderbolts feature film, slated for July 26, 2024.

Now, the highly debated Thunderbolts movie has had its cast officially confirmed at the recent D23 Expo held in California just today.

The Marvel panel ended just like Phase Five undoubtedly would — with a huge casting announcement that interestingly involved Sebastian Stan’s Bucky Barnes AKA the Winter Soldier (we actually predicted this, check it out here).

Note: “Evil” Captain America, US Agent is also clearly present — when actor Wyatt Russell had appeared to deny being called by Marvel for Thunderbolts, seeming to plead publicly to be let into the project.

Scott Gustin, who was present at the D23 Expo’s Marvel panel, shared this image of the new casting:

Florence Pugh as Yelena Belova (sister to Scarlett Johansson’s Natasha Romanoff/Black Widow) takes center stage, flanked on either side by “father” figure Red Guardian on the left and Bucky Barnes on the right, which is clearly indicating that she’s a leader of sorts.

Kevin Feige himself reportedly spoke about Bucky’s inclusion in the lineup of frankly, unstable “reformed” villains (or at least heroes of dubious moral nature and alignment), with @CultureCrave quoting:

We’re definitely excited to see where Thunderbolts takes us — and even where, how and why this was chosen to end the MCU’s Phase Five! There’s no doubt something important and even cliff-hanger-y waiting for Marvel fans within this film — but only time will tell as to how exactly it will pan out.

What do you think of this Thunderbolts casting? Share your thoughts in the comments below!