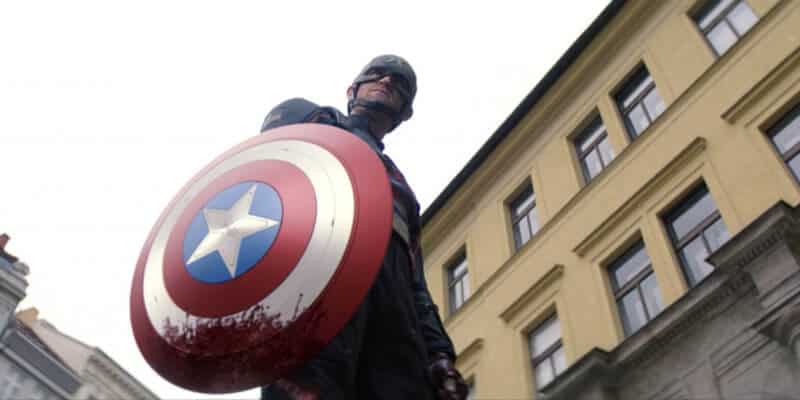 The most despised Captain America (out of the seemingly ever-increasing number of superheroes who have taken up that mantle) — Wyatt Russell’s John Walker — is very likely to return to the Marvel Cinematic Universe (MCU), in one of the upcoming films slated for release within the ever-growing Multiverse Saga, spanning Marvel Studios’ Phase Four, Five and Six.

In a recent interview with The Digital Fix, Mr. Russell opened up about his involvement in the new Phase Five MCU film, Thunderbolts, currently planned to conclude the Marvel Cinematic Universe’s highly anticipated Phase Five, on July 26, 2024. This is not the first time Russell has spoken out his desire to be involved in the future movie.

When asked if he had received the call from Marvel Studios yet about the Thunderbolts movie, John Walker AKA U.S. Agent AKA “evil Captain America” actor Russell said:

No, I’m still waiting. I know they’re doing it. I know that they’re planning it. I gotta imagine that there’s something in there for me.

Clearly, the fact that he’s “still waiting” while “know[ing] they’re doing it” and “planning it” tells us that even if he isn’t fully allowed to reveal anything, his much-disliked, Captain America and Falcon and the Winter Soldier (2021) character John Walker is essentially already set to join the villainous (and anti-hero-filled) troupe known as the Thunderbolts — why else would they set his highly unlikable character up so thoroughly, as the infuriating, dark reflection of Chris Evans’ Steve Rogers and Captain America, if not to use U.S. Agent elsewhere in the MCU?

The Falcon and the Winter Soldier star continues:

It’s well-known that Marvel is exceedingly hush-hush with anything surrounding their Marvel Cinematic Universe golden goose — with actors previously getting into hot water for accidental spoiler reveals — it stands to reason that even their actors have to operate in relative secrecy up until the last minute before filming.

Russell then begins to comment on his past working relationship with Thunderbolts director Jake Schreier — considering they both worked on Lodge 49 back in 2018 and laments that he cannot just call him up to ask about a potential continued role as the U.S. Agent John Walker:

It’s so hard not to call Jake and be like, ‘so what’s going on?’ Yeah, you have to hold your tongue, because Marvel has their process, and their process is great. You respect it for how they do it. And they’ve had so much success doing it that you want them to do it the way they know best, and so that’s the way that it works, and I’m happy to be a part of that process and fit into their world that way.

Schreier had directed six episodes of the show Lodge 49, and Russell definitely seems chummy enough with him that they have each other’s numbers. When asked about what he thinks of Schreier as the Marvel Studios directorial pick for the Marvel Cinematic Universe’s Phase Five finale, he starts describing Schreier as:

Incredible. Amazing. (laughs) I’ am so biased, but like you couldn’t have dreamt of a better person. He has such a tender quality to who he is as a person. But I think in all of his movies, like Robot and Frank, like his way of dealing with relationships is always great. I think his structures are always on point.

He’s professional. He’s amazing at filtering ideas, listening to opinions, making the best decisions for the movie, listening to all the voices in the room, but holding power as the filmmaker. He needs to make the film that he needs to make. I just don’t think they could have picked a better person.

The Marvel actors themselves being excited to work with and having close relationships with their directors seems to be a trend, with the new Captain Marvel actress being good friends with The Marvels (2023) director, and even Chris Hemsworth only returning as Thor Odinson for one specific Marvel director.

Wyatt Russell definitely seems game for anything that being in the Marvel universe throws his way — as past experiences with harsh internet memes can attest. This time, Thunderbolts is already getting made fun of online — three years before its release, and before any casting announcements. If this viral tweet on Twitter is any indication of the type of jokes that are likely to occur, Russell can expect more ridicule in the lead-up to Thunderbolts.

@marvel_updat3s tweets, in a clear jab at the Thunderbolts concept being extremely similar to DC’s Suicide Squad, already at 21.5k likes at the time of writing:

Synopsis of #Thunderbolts “A group of supervillains are recruited to go on missions for the government.” #MarvelStudios

"A group of supervillains are recruited to go on missions for the government."#MarvelStudios pic.twitter.com/Yygymh0fgW

Considering Russell’s character John Walker back in Phase Four’s Falcon and the Winter Soldier seemed to get recruited by mysterious Valentina Allegra de Fontaine (Julia Louis-Dreyfus) as the U.S. Agent for some equally mysterious purpose, it’s possible that Valentina is playing “Nick Fury” to this not-so-nice group of “enhanced individuals” in a dark mirror of the lead up to Avengers (2012), in preparation for the upcoming Thunderbolts film.

With the MCU’s Phase Five on the horizon and the Thunderbolts film slated for a much later release within the current Multiverse Saga lineup, it’s safe to say that Wyatt Russell will have to endure not just ongoing speculation, but an insufferable amount of Suicide Squad jokes and memes, from now until July 2024.

More on Falcon and the Winter Soldier

Falcon and the Winter Soldier (2021) is a six episode Disney+ Original that follows the exploits of Sam Wilson as the superhero Falcon (Anthony Mackie), and World War II vet Bucky Barnes otherwise known as the Winter Soldier (Sebastian Stan), best friends to Steve Rogers’ Captain America (Chris Evans). Together, they navigate the loss of their friend and the world’s American icon, as they form tentative working relationships with Helmut Zemo better known as Baron Zemo (Daniel Brühl) in order to deal with looming terror threats and a worldwide pandemic.

After Sam Wilson was handed the mantle of Captain America at the end of Avengers: Endgame (2019), there seemed to arise a new challenger to the title — an “evil Captain America” in the form of John Walker (Wyatt Russell), who eventually took on the moniker U.S. Agent after being disgraced.

Do you want to see “evil Captain America” John Walker back in the MCU? Comment down below!

The newly announced MCU Phase Five kicks off with Ant-Man and The Wasp: Quantumania with Scott Lang as Ant-Man (Paul Rudd) and Janet van Dyne as the Wasp (Evangeline Lilly) hitting theatres on February 17, 2023, before May 5, 2023 brings us the final James Gunn-directed Guardians of the Galaxy: Vol. 3 with Peter Quill AKA Star-Lord (Chris Pratt), and July 28, 2023 takes us to new cosmic heights with The Marvels, a direct sequel to Captain Marvel (2019) starring Brie Larson as Carol Danvers and newcomer Iman Vellani (Kamala Khan/Ms. Marvel).