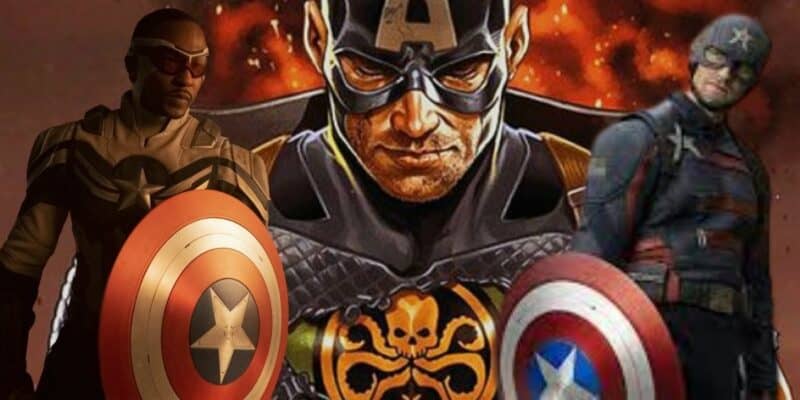 When Wyatt Russell’s John Walker first picked up Captain America’s shield, Steve Rogers (Chris Evans) fans were not thrilled. He would tarnish Steve Roger’s legacy by using his shield to kill someone in revenge.

John Walker’s version of Captain America, much like in The Falcon and the Winter Soldier, was more violent than Steve Rogers or anyone else who held the mantle like Bucky Barnes or Sam Wilson. Marvel fans called him the Evil Captain America – not to be confused with Hydra Captain America from the 2016 Secret Empire storyline by Nick Spencer.

Marvel fans knew they were not done with Wyatt Russel’s John Walker. The Falcon and the Winter Soldier left him as U.S. Agent and recruited by Contessa Valentina Allegra de Fontaine (Julia Louis Dreyfus) for the Thunderbolts or possibly a Dark Avengers team.

And Wyatt Russel, son of fellow Marvel actor Kurt Russell (Ego from Guardians of the Galaxy), revealed in a recent interview with The Hollywood Reporter he is staying prepared for his imminent return. He would even love to share the screen with his Under the Banner of Heaven co-star Andrew Garfield.

I really enjoy playing the character and my experience working with Marvel was an unbelievable working experience and collaborative, working with Anthony Mackie and Sebastian Stan and Kari Skogland. The teams they have there are unbelievable, it’s why they make great things. So, anytime I get the opportunity or hear about the chance to reprise a character or work for Marvel again, it’s very exciting because the people are wonderful. So, hopefully, I’ll get to do it again. We’ll see.”

He could return in Captain America 4 as an ally or antagonist for Sam Wilson’s Captain America and as a way to set up whatever team he is on with Black Widow and Hawkeye’s Yelena Belova (Florence Pugh).

There have been rumors that Marvel Studios has been thinking about adapting the Secret Empire story with a version of Steve Rogers/ Captain America that has been brainwashed to work for hydra. This is despite problems with that story where a character created by Jewish artists during World War II became the thing that tried to exterminate the Jewish people.

It would also be problematic to bring back Chris Evans as any version of Captain America while Marvel Studios has been dragging their feet on new projects featuring Anthony Mackie’s Captain America. This sideling has led to backlash on other characters like Hayley Atwell’s Captain Carter. But perhaps having John Walker go to the dark side would work better for fans.

Let us know in the comments where you would want to see Wyatt Russell’s John Walker next.