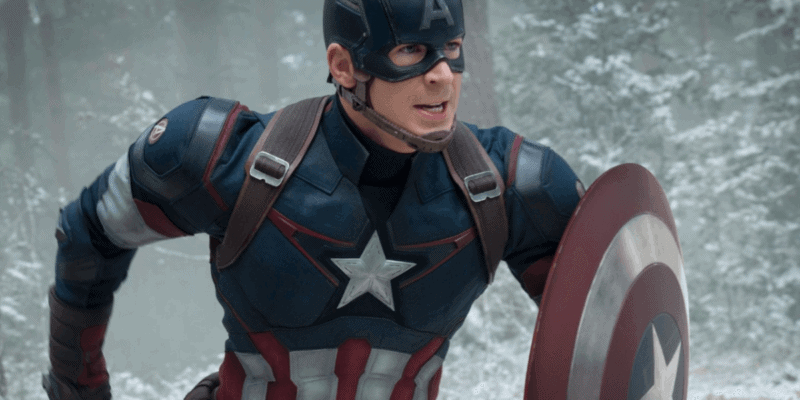 Undoubtedly a symbol of patriotism and hope, Captain America’s famous shield has stood the test of time in the Marvel Cinematic Universe and is as integral to Marvel’s legacy as Thor’s hammer Mjollnir or Iron Man’s suits. Steve Rogers, the First Avenger, is a favorite of Marvel fans for his bravery, dedication, and sacrifice for his team and country. His shield stood against the likes of Thanos and now a new threat in The Falcon and the Winter Soldier.

Let’s take a closer look at Captain America’s shield to learn how it was made and its connection to the rest of the MCU.

How Captain America’s shield was made

Cap’s shield is made entirely of vibranium, a nearly indestructible metal that originates from Wakanda — it was created after a meteorite crash-landed in the African region a millennia ago.

In 1943, Howard Stark (Tony Stark’s father) introduced Captain America to various prototype shields that he thought could withstand the super soldier’s greatest foes. While looking through the options in Stark’s workshop, Steve Rogers noticed the vibranium shield lying underneath a table and the two instantly bonded. Quickly becoming his prized defense weapon, Howard Stark presented the shield to Rogers for his ongoing heroic efforts in World War II.

“It’s stronger than steel and a third of the weight. It’s completely vibration absorbent. That’s the rarest metal on Earth.”

Cap’s second shield was a prototype made by the United States Army’s only available resource of vibranium that Stark Industries researches found in Africa. Believing that he had the only source in existence, Howard Stark used his entire amount of vibranium for the shield.

When showing off the shield, Agent Peggy Carter (Hayley Atwell) shot at Captain America — her future husband — and the vibranium shield deflected them like they were Nerf bullets. Fueled by Steve’s flirtation with an office worker, Peggy sought the opportunity to get back at her flame. Cap then knew that his shield not only protected him from deadly super villains but also love.

The connection between Captain America’s Shield and the Black Panther

At the start of Marvel’s Black Panther (2018), the audience learns of vibranium’s true origins.

According to the Marvel Cinematic Universe Wiki:

“Vibranium is a nearly indestructible element that crash landed as a meteorite from outer space millennia ago into the African region that would become Wakanda. The element severely impacted the environment of Wakanda, enriching the soil and plant life. It was mined into malleable metal and was used extensively by Wakandans in their everyday lives, making Wakanda the most technologically advanced country on Earth.”

Vibranium became as rare as the Ark of the Covenant, and eventually, the world forgot about it. Queue Howard Stark in 1940, as his researchers found what they thought was the only amount of vibranium in the world as they traveled through Africa for an unknown reason.

Quickly using the metal as a means for weapons creation, Captain America’s shield was crafted by the United States Army for Steve Rogers’s in World War II.

The Wakandan people remained silent as they focused on keeping their advanced civilization and a treasure trove of vibranium a secret. Wakanda was the only location on Earth that naturally housed vibranium, and the Wakandan people intended to keep it like that.

In Captain America: Civil War (2016), the world was introduced to T’Challa, the King of Wakanda and rightful protector of his kingdom. Played by the late, legendary Chadwick Boseman, the Black Panther’s suit — the “Panther Habit” — made with a vibranium weave that could withstand bullets and high impact blows from foes.

In 2018, T’Challa’s brain-wizard sister Shuri (Letitia Wright) upgraded her big brother’s Panther Habit suit to be vibration absorbent, as well as emitting a fatal blast from the charged vibrations.

Despite being on opposite teams in Captain America: Civil War (2016), T’Challa and Steve Rogers were incredibly connected through their vibranium weapons. Both the shield and the Panther Habit have their roots sown together by Wakanda, and in a way, are one.

Steve Rogers’s and T’Challa’s bond through their vibranium weapons is shown in greater detail in Marvel Comic’s Captain America/Black Panther: Flags of Our Fathers. Unlike in the Marvel Cinematic Universe, Captain America visits Wakanda before obtaining his vibranium shield and forming an alliance with the Black Panther. Set in World War II, the Avenger infiltrates Wakanda with his Howling Commandos unit, but only to be stopped by T’Challa’s grandfather, Azzuri. The two quickly realize that they’re fighting a common enemy and form a close bond.

Differences between Vibranium and Adamantium

Vibranium is a naturally occurring, indestructible element that originated from a meteor crash that enriched a portion of the world’s soil and provided precious metal that could be used for many developmental options in technology.

Adamantium, on the other hand, is a man-made steel alloy that is virtually indestructible and widely known as the chemical composition that makes up the Wolverine’s claws.

According to the Marvel Universe Fandom, adamantium is, “extremely rigid steel-based alloy that the density is virtually indestructible. A sufficient amount can survive multiple nuclear explosions or a blow from the most powerful superhuman with no damage. A blade of pure, primary adamantium is capable of cutting almost any known substance, with the known exception of Captain America’s shield.”

In the Marvel Comics and 20th Century Studios’s X-Men, Weapon X, a secret U.S. Government genetic research facility project, purposely induced superpowers into human beings for military purposes. Weapon X specialized in genetic mutations in normal humans and enhancing pre-existing mutations to create a near-immortal soldier. The program was dedicated to designing super-soldiers used for the military, much like Weapon I and their birth of Captain America.

There is some confusion, as Wolverine is also referred to as “Weapon X.” Several of the programs’ “graduates” adopt this name after genetic mutation is done and drafted into Team X (including Deadpool/Wade Wilson). In James “Logan” Howlett’s (Hugh Jackman) case, Weapon X infused adamantium into his cells and created a new skeletal structure made from the steel.

“Vibranium vs. adamantium” is a common debate amongst Marvel fans — really, people ask if Wolverine could cut through Cap’s shield — but the quick answer is that vibranium is stronger than adamantium.

Wolverine’s ability to cut through a substance with his metal claws depends on the amount of force he uses, but no matter how hard he tries, he won’t be able to cut through Captain America’s shield.

According to the Marvel Cinematic Universe Wiki:

In a pure mass, vibranium forms a solid metal that is stronger than steel, but only a third of the weight, as well as being completely vibration absorbent. This makes the material nearly indestructible, as any attempt to physically damage the material will be negated on a molecular level as mechanical/kinetic energy will be absorbed instead of breaking any bonds in its molecular matrix.

In general, this means that vibranium can absorb a wide variety of physical impacts, including high-caliber bullets, without taking any damage or weakening.

Vibranium can also deflect kinetic energy. Rogers’s shield withstood high-caliber bullets, blasts from Mjølnir, and Iron Man’s repulsor beams. On top of that, Cap’s shield is often “thrown at high velocities without being affected by wind resistance,” according to the MCU Wiki.

However, vibranium can sometimes appear as the invincible metal that overpowers superhero characters and essentially make them unbeatable. However, Thanos put this theory to rest in Avengers: Endgame (2019) after breaking Cap’s shield in half with his Double-Edged Sword.

In Avengers: Age of Ultron (2015), the combination of Iron Man’s repulsor beams, Thor’s lightning bolts from Mjølnir, and Vision’s blast from his Infinity Stone slowly melted away Ultron’s vibranium body.

But, that instance was the first time in generations that vibranium ever met a force greater than itself, and to this day still stands as an indestructible metal on Earth.

If vibranium was real, what would its uses be?

Pure vibranium would undoubtedly be worth millions of dollars for the smallest of ounces and perhaps billions for even minuscule amounts — as in the case for unobtanium in Avatar (2009).

Real-world use of vibranium could be used for numerous technological, health, and communicative benefits. According to the Marvel Wiki, “Vibranium has been stated to not only be a metal, as Wakandans sew it into their clothes, implant it into their bodies as tattoos, and use it as a power source for the advanced technologies of their city.”

The legacy of Captain America’s shield lives on in Marvel’s The Falcon and the Winter Soldier on Disney+ each Friday. Catch Sam Wilson/Falcon (Anthony Mackie), Bucky Barnes/Winter Soldier, and Sharon Carter/Agent 13 (Emily VanCamp) team up against new forces that threaten the Avengers and the rest the world.

Did you know this about vibranium? Let us know in the comments below!