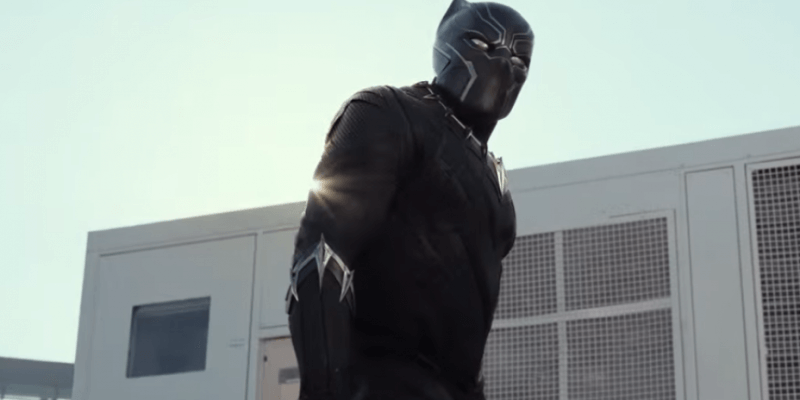 With the release of the “Captain America: Civil War” trailer last week, hype around the film may be at an all-time high. Not only do the action sequences seem to be heading toward another level, but Anthony Mackie looks to play an even larger role this time around. What many people drew excitement over was our first real look at the Marvel superhero Black Panther in action.

While Black Panther has been an extremely popular character for those who read the comics, he has remained a relatively niche character. His real name is T’Challa, and he is the leader of the hidden city of Wakanda (or as some may know it, the nation that Mark Ruffalo couldn’t pronounce in “Avengers: Age of Ultron”). He made his first appearance in July of 1966 (“Fantastic Four” #52) and has since been an Avenger, a member of the Illuminati, and even married Storm from the X-Men during the Civil War comic storyline. Actor Chadwick Boseman was recruited to play the first black superhero in Marvel comic’s history. He is best known for his work as Jackie Robinson in “42,” as well as his stellar performance of James Brown in “Get on Up.” He spoke about some of the attributes of his character with Entertainment Weekly “He’s definitely not the life of the party in this instance. You never quite know where he stands. There’s always a bit of concealing and mystery. So I think mysterious is more his boat.”

The name Black Panther is unique to T’Challa, but instead the leader of Wakanda. The title was once held by his father, T’Chaka, but he was killed by Ulysses Klaw. Much of the conflict that surrounds Wakanda has to do with the high amounts of Vibranium present in the nation. Vibranium was used to make Captain America’s shield, the Vision, and will likely be woven into Black Panther’s costume as well. Visible in the costume are his custom claws, as well as his iconic claw necklace. The mask also provides pretty iconic imagery, while still fitting in with the masks of Iron Man or even Star-Lord. Co-Director Anthony Russo provided his take on the character’s costume in the aforementioned EW article, which is unlike most of those in the MCU.

“Panther is a cool character and he has a toughness, and a sort of intimidation factor with his costume. It’s like medieval chain mail, woven extremely thin.” The chain mail feel is likely derived from the presence of Vibranium, making it an extremely light, yet powerful armor.

Black Panther is one of the stronger leaders in Marvel comics, placing his nation above the Avengers in many cases. He is also often seen as one of the most purely athletic characters, and has even gone toe-to-toe with Namor on many occasions. After eating a plant that was mutated by Vibranium, he developed Captain America level strength, as well as the ability to see in darkness.

Black Panther was reported to take on the role that Spiderman fills in the original Civil War storyline (that of a torn individual, who is aligned with both sides at different times during the story), but things may have changed after the Sony/Marvel deal was struck. Still, he will become present in the MCU because of the Sokovia Accords (rather than the Superhero Registration Act) are introduced to serve as a global watchdog for superheroes. At this point, marketing has seemed to indicate that he will side with Iron Man against Cap, but with some unseen villains still in the mix, there will certainly be room for alliances to change.