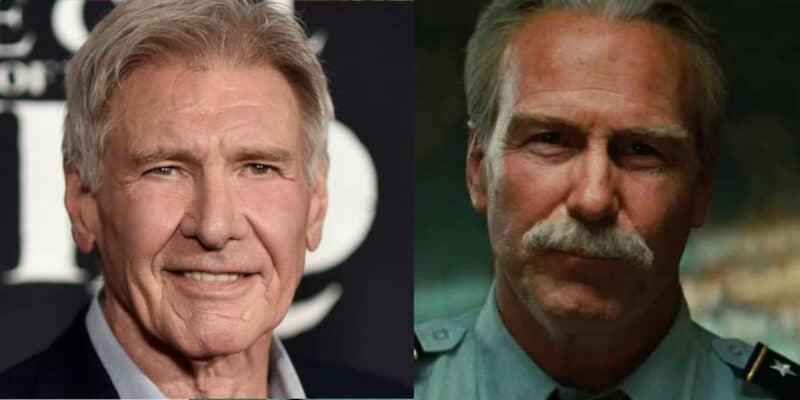 Harrison Ford is coming to the Marvel Cinematic Universe in a big way!

Hollywood tough guy Harrison Ford is no stranger to science fiction. His two breakout roles, Indiana Jones and Han Solo, come from two of the most popular science fiction films of the 20th century, Star Wars: Episode IV – A New Hope (1977) and Raiders of the Lost Ark (1981). He has also starred in things like Bladerunner (1982), Cowboys and Aliens (2011), and Enders Game (2013), making it clear that he’s not opposed to the genre, so why hasn’t he been in the Marvel Cinematic Universe?

If Marvel Studios is going to drop Harrison Ford-level money, they’re going to want to keep him around for a longer time than just one film. After the tragic passing of William Hurt, the role of General Thaddeus Ross was vacant, and as happens in franchises like this, a decision needed to be made as to whether or not to recast. In the case of Black Panther: Wakanda Forever (2022), the decision was made not to recast but rather turn the film into an homage to Chadwick Boseman.

As for Thaddeus Ross (Hurt), Marvel Studios has decided to recast the character and keep him a part of the Marvel Cinematic Universe moving forward.  This role was perfect for an actor like Ford: a similarly aged character, which requires someone with the skill to make it believable, and someone with undeniable grit and toughness, plus a role that has the potential for many movies, not just one. Fans are elated to see Ford join the ranks of the Marvel Cinematic Universe and can’t wait to see his first appearance.

So what tipped the scales for Harrison Ford? Though involved in many projects over his career, he has been notoriously choosey of the roles he accepts. During a recent interview with The Playlist, interviewers asked the actor why he accepted the role. Ford’s answer was characteristically brief and focused.

“Hey, look, I’ve done a lot of things. I now want to do some of the things I haven’t done.”

Breaking into the super hero genre would undoubtedly be a new step for the actor, but the interviewers had another idea in mind. As Thaddeus Ross’ character is famous in Marvel Comics for turning into Red Hulk, it’s safe to assume his Marvel Cinematic Universe counterpart may be doing the same thing.  The Playlist asked if Ford would do any motion-capture in his upcoming performance. His response?

Ford simply smiled and replied with a “zipped-lips” sign.

Though not a yes, it’s definitely not a no either, and audiences may be seeing a Red Hulk with Ford sooner than anticipated. So far, Harrison Ford’s Thaddeus Ross is scheduled to make his Marvel Movie debut in Captain America: New World Order in 2024. The film stars Anthony Mackie as Captain America/Sam Wilson, Shira Haas as Sabra, Harrison Ford as Thaddeus Ross, and Danny Ramirez as Joaquin Torrez/The Falcon.

What do you hope to see with Ford’s portrayal of General Ross? Let us know in the comments below!