Christian Bale Open to Returning to MCU...On One Major Condition - Inside the Magic 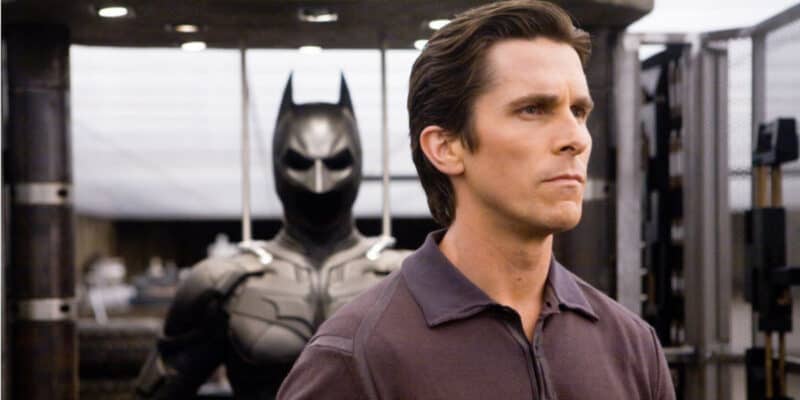 The Marvel Cinematic Universe has a reputation for bringing in outstanding talent as part of the franchise. Thor: Love and Thunder (2022) may have been a low point in Phase Four, but that doesn’t mean there weren’t some outstanding elements to the film. One such element was the casting and performance of Christian Bale as Gorr, the God Butcher.

The former Batman actor entered the Marvel Cinematic Universe in one of the spookiest roles taken from Marvel Comics. In Love and Thunder, Gorr (Bale) is a father on a distant world whose child (India Rose Hemsworth) dies due to famine. After discovering that the deity he counted on to save his child is living a life of luxury, without a care for his worshipers, Gorr takes up the Necrosword and slays the god, vowing to do the same to all gods across the universe.

Though the majority of his god-butchering takes place offscreen, Bale’s performance brought depth and class to the otherwise nonsensical film. With one-off villains like Gorr (Bale), it’s easy for actors to ‘phone it in’ and really not try to flex their acting muscles. Bale brought as much to this role as any other, being both intimidating and downright scary to sympathetic and heart-wrenching.

Bale responded to a question in a recent Entertainment Tonight interview, addressing whether he would ever return to the Marvel Cinematic Universe, especially in a different role. Bale was very matter-of-fact in his response, saying:

“Good story is a good story, good character, you know, good director. If you know, it’s an interesting thing, and crucially, if my kids are telling me that I’m not allowed, not to do it.”

The interviewer confirmed that the last point he mentioned was what happened with Thor.

A very wholesome response that, in a way, mirrors the way that Richard Harris was cast as Dumbledore in Harry Potter and the Sorcerer’s Stone (2001), who agreed to the role because of his grandchildren’s insistence. With an entire Multiverse of possibilities, it wouldn’t be entirely out of the question for the star of Batman Begins (2005) and The Dark Knight (2008) to return to a superhero role.

Thor: Love and Thunder is currently streaming on Disney+ and stars Chris Hemsworth as Thor, Natalie Portman as Jane Foster/The Mighty Thor, Tessa Thompson as Valkyrie, and Christian Bale as Gorr the God Butcher. This fourth installment in the Thor franchise follows the god of thunder as he struggles to find himself in a post-Thanos (Josh Brolin) universe.

What do you think of Bale’s response to returning to the Marvel Cinematic Universe? Let us know in the comments below!