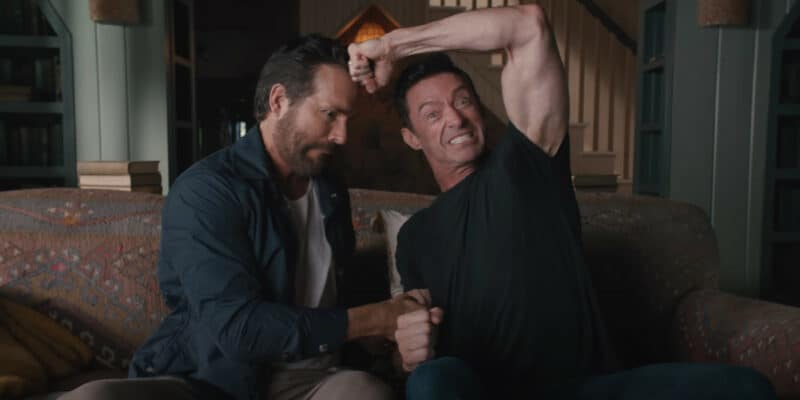 Hugh Jackman even said this was the biggest reason he was willing to reprise the role.

With the acquisition of 21st Century Fox by Disney, there were many questions about which properties would and would not stick around. Would Disney’s reputation for family-friendly entertainment spell the end of things like The Simpsons? In any case, it seemed a sure bet that the Deadpool franchise was either done for or would be toned down. With recent reports and updates, however, both of these rumors have been summarily put to rest.

Deadpool 3 (2024) was announced by Ryan Reynolds himself back in September of this year. However, what was more surprising than the announcement of the sequel was that Hugh Jackman would be reprising his role as Wolverine for the film. Jackman, who first played the character in X-Men (2000), had said that Logan (2017) would be his last outing as the character. After 17 years, who could blame him?

The actor has explained in several different interviews what compelled him to return to the role. After announcing that he was finished, Jackman watched Deadpool (2016), and 20 minutes into it, he knew he wanted to come back. He called up his friend and star Ryan Reynolds, who couldn’t believe that after years of asking and trying to persuade Jackman, he was finally coming back.

Of course, any comeback like this wouldn’t be without stipulation or condition, and Hugh Jackman has one very important one before he would agree to return to his role. Jackman did an interview with Radio Andy and, as covered by The Direct, discussed why he was alright with returning to this iteration of the character for the new Deadpool film.

“…all because of this device they have in the Marvel world of moving around timelines now we can go back, because, you know, it’s science. And so I don’t have to screw with the ‘Logan’ timeline, which was important to me, and I think probably to the fans too”

It seems that Deadpool will also be incorporating the central theme of Phase 4 of the Marvel Cinematic Universe: The Multiverse and a nod to Marvel Studios Phase 3 in time travel. This would definitely explain where the X-Men have been as part of the established canon if they exist, but in a parallel universe, such as audiences have seen in Doctor Strange in the Multiverse of Madness (2022) and Spider-Man: No Way Home (2021). The real question will be, will this parallel universe intersect with the one Marvel fans have grown accustomed to in the Marvel Cinematic Universe?

Deadpool 3 is scheduled to release sometime in 2024 and stars Ryan Reynolds as ‘The Merc with a mouth’, Wade Wilson/Deadpool, and Hugh Jackman as Wolverine. At the time of writing of this article, very few other details are known about the film.

What are you hoping to see in Deadpool 3? Let us know in the comments below!