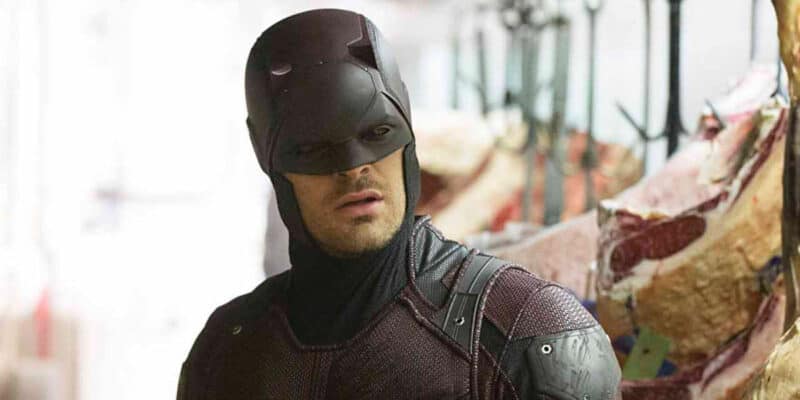 Charlie Cox’s Daredevil in the MCU might not be returning to his roots as a darker super hero for Daredevil: Born Again.

With Cox reprising his role as Matt Murdock/Daredevil for two MCU projects, fans are waiting for the actor to portray the super hero as he did in his Netflix series, Daredevil. While the series gave fans lots of deep and serious moments, the show couldn’t bring in characters like Spider-Man, Moon Knight, and Black Widow as the Netflix series was separate from the MCU.

Now, Cox can be involved in any MCU project which is exciting, but it seems that the price was Daredevil’s gritty side. Bob Chapek was all for Born Again having a mature rating, but Iger has made it clear that he isn’t so sure. With Disney low on funds, Iger might force the company to be more “family-friendly” in a desperate attempt to make more money.

If Born Again loses the mature rating, then the tone would have to shift, and Cox may have revealed that the series didn’t have a dark tone in the first place. Not every MCU project has a darker tone — actually, few do — but some of them still have a mature rating. Ryan Reynolds still has Disney convinced — for our sake — that the only way to do Deadpool 3 (2024) justice is by making it rated R.

With Hugh Jackman back as Wolverine, the movie is already set up to be crazy good, and now the antihero can meet up with other super heroes from the MCU. Cox thinks that he might end up in the movie, which right away doesn’t make sense since Daredevil probably would get annoyed with the Merc with a mouth.

It only makes sense if Daredevil has more humor and would be a part of the movie for a good laugh. In a panel for German Comic-Con, Cox shared that he thinks he has a chance because of the tone of Born Again and one fan caught the exchange on camera:

“Because of the tone of our show, I think there’s a place for Daredevil to show up in Deadpool. Would be really cool.”

This would be odd as Born Again should be dark and gritty, and sure Deadpool can have some vulgar and violent moments, but Daredevil’s violence isn’t what made the super hero popular. It was his struggle to be the hero, not the Devil of Hell’s Kitchen. There’s a reason he got that name, and sometimes Murdock’s choices make it hard for him to see the good in the world, especially with people like Wilson Fisk breathing.

Perhaps Cox is just referring to the fact that Born Again‘s tone is set up to take some humor because maybe Matt Murdock will be more put together in this series and more confident in his identity as Daredevil. This would be good and a new start, but seeing Daredevil and Deadpool hang out would still be weird, as they are completely different characters.

Do you want Daredevil to have a cameo in Deadpool 3? Let us know what you think!