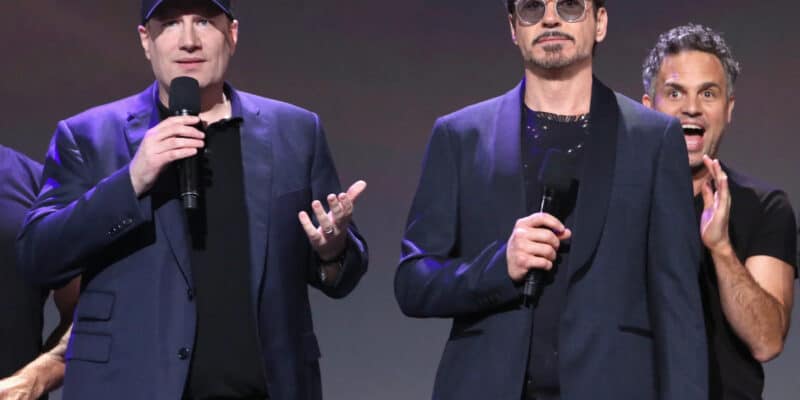 After years of waiting, Kevin Feige finally gave fans an idea of how much longer fans will have to wait to see the mutant super hero team in action.

Since Disney bought 20th Century Fox, fans have been begging for the X-Men to join forces with the Avengers in the MCU. Many of the X-Men’s best stories on the big screen have been limited because their movies have no connection to other Marvel characters.

During the World Premiere of Black Panther: Wakanda Forever (2022), Kevin Feige was barraged with many questions. As always, he managed to answer every question with a vague answer. When he was asked about the X-Men, he brought up some new details that finally let fans know when they might arrive:

“That’s what Jennifer Walters just asked the robot in the final episode of She-Hulk. And I’ll give you the same answer that he gave, which was, I don’t remember, no answer, I think was what he gave, yes. But Deadpool and Wolverine, you know, we’re getting close.”

She-Hulk: Attorney At Law had a small moment to address how much fans want to see the mutants, but it seems that Deadpool 3 will be the beginning for mutants to enter the MCU. Ryan Reynold’s Deadpool might even be responsible for the mutants entering the MCU as the anti hero could change the timeline and allow them to be in the MCU.

This would place the X-Men to most likely arrive at the end of Phase Five or the start of Phase Six which would be right before Avengers: Secret Wars (2026). Fans can expect the mutant super hero team to show up before Avengers 6 because the movie is based off a storyline jam-packed with super heroes and the X-Men is one of the main teams in the story.

Other reports have stated that the mutants might take over the spotlight after Secret Wars in Phase Seven, but that is years from now leaving Marvel plenty of time to change their mind. It’s also possible that the X-Men might not get their own movie, but appear in a movie introducing the mutants to the MCU before exploring all of the heroes and villains of the X-Men.

Deadpool 3 is the movie fans should be looking forward to if they are eager to see the X-Men because it seems that Feige has plans to do something with the mutants after bringing Ryan Reynolds’s Deadpool into the Marvel Cinematic Universe.

When do you think Marvel will introduce the X-Men? Let us know what you think!