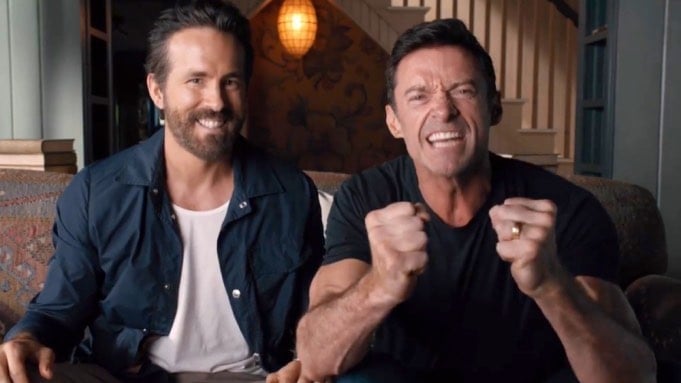 Hugh Jackman and Ryan Reynolds shocked everyone back in September when they announced together that Wolverine would be returning for the third Deadpool movie.

So what changed Jackman’s mind? Oddly enough- a screening of Deadpool in 2016.

“I went to a screening of ‘Deadpool.’ I was 20 minutes in, and I was like, ‘Ah, damn it!’” Jackman said. “All I kept seeing in my head was ‘48 Hrs.’ with Nick Nolte and Eddie Murphy. So it’s been brewing for a long time. It just took me longer to get here.”

Reynolds had been bugging Jackman ‘on the daily’ for the past three years to do this mashup movie together. It wasn’t until August of this year that Hugh finally said yes.

Reynolds took to TikTok to share the news: “Hard keeping my mouth sewn shut about this one.”

Hard keeping my mouth sewn shut about this one. ⚔️ #deadpool

Jackman called Reynolds to break the news during a late summer beach trip with his family.

Related: Hugh Jackman Confirmed to be Returning as Wolverine in ‘Deadpool 3’

“I think, actually, he’d given up,” Jackman said. “I think it was a big shock to him. There was a massive pause, and then he said, ‘I can’t believe the timing of this.’”

When asked why he had decided to be Wolverine again, Jackman said, “A little part of me now thinks I’d be better at it,” Jackman said about returning to his most iconic role. “Is that arrogance of age or something? Wolverine’s a tortured character — more tortured than me. But I always get the feeling of him being comfortable in his own skin. And I feel more comfortable in my own skin now, even though it’s messier.”

A day after Ryan posted the news to TikTok, him and Jackman sat down to do “A quick explainer…”

“Quick explainer video that tackles… 1) Timeline questions 2) Logan canon 3) MCU FAQ 4) Whether we can do this all day or not.”

It’s not clear what the movie will be called or even what it is about. Only that it will be in theatres on November 8th, 2024.

Jackman did add that “Deadpool 3” is not a name that Wolverine would be happy with in the slightest.

Are you excited for the new Deadpool movie? Let us know.