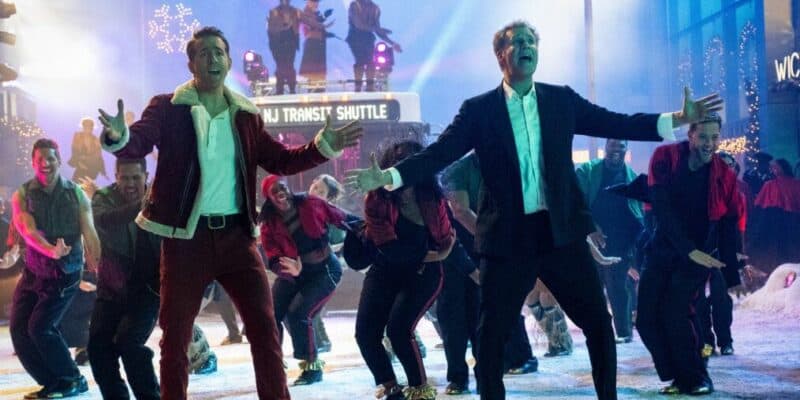 It’s beginning to look a lot like Christmas with Ryan Reynolds and Will Ferrell.

Christmas is coming early for anyone who wanted a Deadpool and Elf crossover movie.

Spirited is a musical version of the classic A Christmas Carol by Charles Dickens. Ryan Reynolds plays Clint Briggs while Will Ferrell plays Christmas Present.

A miserly man who treats everyone around him with terrible selfishness finds himself on a fantastical adventure into the three phases of time: past, present, and future, in order to discover how he ended up so miserable and alone.

However, in this tale, there’s a twist. Reynolds Scrooge-like character turns the tables on Present and makes him reexamine his own past, present, and future.

“Each Christmas Eve, the Ghost of Christmas Present (Ferrell) selects one dark soul to be reformed by a visit from three spirits,” the official synopsis for the film reads. “But this season, he picked the wrong Scrooge.”

The trailer starts with a tap dance number from Will and Ryan; and it ends with the duo attempting to remember the name of the first kid Present “saves.”

“What did they call him?” Ferrell asks. “It was Tiny Tim,” Reynolds replies.

This is Reynolds first jump into the Christmas genre of movie making. However, Ferrel has been around since 2003 with his classic comedy, Elf.

The film also stars Octavia Spencer. There’s no word yet on what character she will be playing.

This isn’t the first time Ryan Reynolds and Will Ferrell have worked together. They did a small little musical number together back in September of 2021.

Ryan Reynolds writes: “Late to the Grace Kelly trend but way early for our movie musical. I love duets. (And Mika)”

Late to the Grace Kelly trend but way early for our movie musical. I ❤️ duets. (And Mika)

“Spirited” is set for release in theaters Nov. 11, and on AppleTV+ a week later.

Are you excited for this new movie? Let us know in the comments.