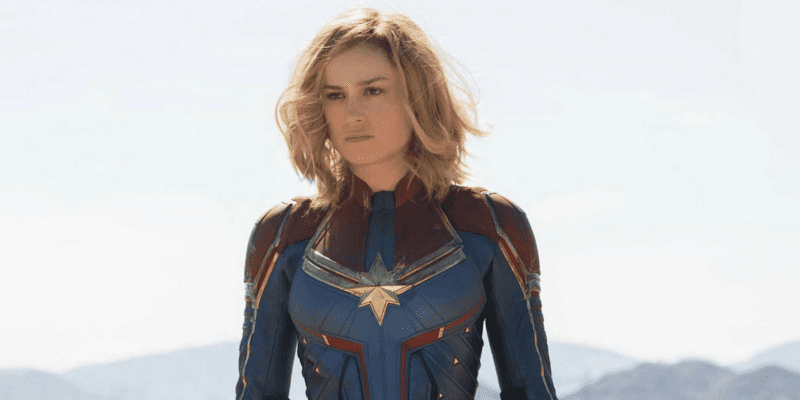 Last week, news broke that a star of the Marvel Cinematic Universe, and someone slated to appear in the upcoming Captain Marvel sequel, had allegedly groomed and sexually harassed a minor.

While those involved in the situation remain tight-lipped, new information about director Nia DaCosta’s The Marvels (2023) has been revealed.

Captain Marvel was a box office success, sure, but Larson’s portrayal of one of Marvel Comics’ most powerful superheroes caused discourse that still resonates today. Despite backlash to her performance, however, Kevin Feige greenlit a sequel, The Marvels, which will drop as part of Marvel Phase Five next year.

Originally planned to be the finale of Phase Four, Marvel Studios’ reshuffle made Ryan Coogler’s Black Panther: Wakanda Forever (2022) the climax to the muddled fourth sequence with Ant-Man and the Wasp: Quantumania (2023) now launching Phase Five in February 2023.

The Marvels is set to play with the cosmic powers of the live-action Marvel Universe, with Maria Rambeau’s (Lashana Lynch) daughter, Monica Rambeau (Teyonah Parris), and Kamala Khan AKA Ms. Marvel (Iman Vellani) joining Larson in the ensemble outing. Samuel L. Jackson will reprise his role as Nick Fury, and later in the Secret Wars series, and Park Seo-joon is cast in an undisclosed role as is Zawe Ashton, who is slated to play the villain in the picture. Like Vellani, Saagar Shaikh, Zenobia Shroff, and Mohan Kapur from Bisha K. Ali’s Ms. Marvel will be appearing in The Marvels as Kamala’s brother Aamir, mother Muneeba, and father, Yusuf, respectively.

However, as information regarding Kapur’s alleged misconduct with a minor came to the fore, will Marvel replace him with a new actor? Kapur’s alleged transgressions were laid out on Twitter when one user revealed that the actor had made inappropriate comments, sent explicit images, and made audacious claims to them while they were still a minor.

It has been silence from Kapur, his team, and Marvel since the claims were made, but that hasn’t stopped the studio from putting out a new synopsis for the upcoming Marvels adventure. Via Comic Book Movie, the synopsis reads:

Carol Danvers aka Captain Marvel has reclaimed her identity from the tyrannical Kree and taken revenge on the Supreme Intelligence. But unintended consequences see Carol shouldering the burden of a destabilized universe.”

“When her duties send her to an anomalous wormhole linked to a Kree revolutionary, her powers become entangled with that of Jersey City super-fan, Kamala Khan aka Ms. Marvel, and Carol’s estranged niece Captain Monica Rambeau. Together, this unlikely trio must team-up and learn to work in concert to save the universe as ‘The Marvels.’

This was seemingly set up in the post-credits scene of the Ms. Marvel finale on Disney+. After alluding to the fact that Kamala is a mutant, the burgeoning superhero was transported from her bedroom with none other than Brie Larson’s Carol Danvers appearing in her place.

It is unknown just how much Kamala Khan’s family is present in the Captain Marvel sequel, but if the allegations of severe sexual misconduct prove to be true, there may be a series of reshoots on Marvel’s hands. The Marvels will release in movie theaters on July 28, 2023.

What do you think of this Marvels synopsis? Let us know in the comments down below!