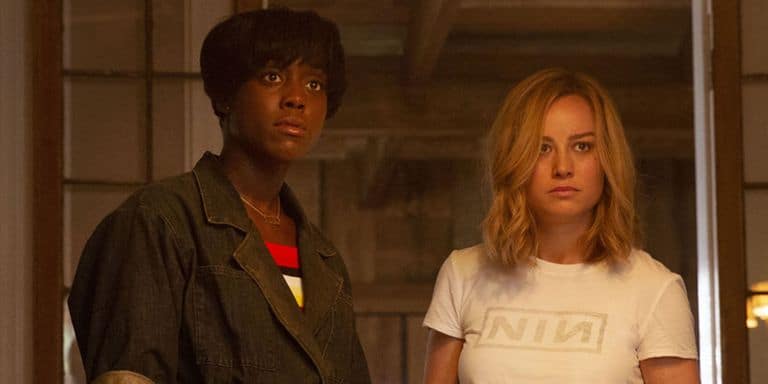 Back in 2019, ahead of the massive Avengers crossover event, Brie Larson debuted as the pilot turned cosmic-powered superhero, Carol Danvers, in Anna Boden and Ryan Fleck’s Captain Marvel.

The female-led Marvel Cinematic Universe movie netted over $1 billion at the global box office and firmly cemented the Marvel Comics hero as one of the big names of the franchise. But, in a Universe that became a Multiverse, there was recently another Captain Marvel in town, and she couldn’t believe she got to play the iconic powerhouse.

Captain Marvel’s success, as well as the character’s continued presence in the MCU as one of the Multiverse’s strongest heroes, spawned a sequel movie – director Nia DaCosta’s The Marvels (2023).

The Marvels is expected next year as part of Marvel Phase Five and finds Brie Larson’s Carol Danvers joined by Teyonah Parris as Monica Rambeau and Iman Vellani as Kamala Khan/Ms. Marvel. The former first appeared in WandaVision, while Vellani recently headlined her own six-part series, Ms. Marvel, on Disney+.

Not much is known about The Marvels other than the trio will be dealing with some kind of cosmic chaos, with Zawe Ashton playing a currently undisclosed antagonist. The expectation is high, not least because the first Captain Marvel garnered a lot of backlash mainly surrounding the leading lady.

Oscar winner Brie Larson saw much criticism over her role in the MCU, with comments centering on her gender and acting decisions. Since her first appearance in the buddy-cop-style movie with Samuel L. Jackson (Nick Fury), Larson has appeared as Captain Marvel in Avengers: Endgame (2019), Shang-Chi and the Legend of the Ten Rings (2021), and Ms. Marvel. As for Jackson’s Nick Fury, he can next be seen in the Disney+ series, Secret Invasion.

But wasn’t there a Captain Marvel in Doctor Strange in the Multiverse of Madness (2022)?

Lynch, who also starred in last year’s No Time To Die (2021), played Carol Danvers’s best friend and pilot, Maria Rambeau, mother of Monica. Her appearance in Doctor Strange in the Multiverse of Madness was a welcome surprise, especially after the character of Maria Rambeau was confirmed to have died during Thanos’s (Josh Brolin) blip.

The actress recently spoke to Empire about how she found out she was cast as Captain Marvel in this year’s 28th MCU feature film. She said:

“Kevin Feige had messaged me, letting me know about Maria’s demise. [Characters] spoke of it in WandaVision, which I’m glad that they did because at least that’s good context.”

Lynch goes on to comment on how death isn’t necessarily the end in the MCU – “Listen, I’ve already mentioned to Kevin [Feige] about ancestors. I was like, ‘You know in Black Panther when the dad is a panther in the tree? Maybe Maria could be by a tree somewhere!’”

The Marvels, directed by Nia DaCosta and written by Megan McDonnell, is expected on July 28, 2023. Whether Lynch shows up in the upcoming Captain Marvel sequel to offer a glimpse into her final days is unknown, but as it goes in the Marvel Cinematic Universe – anything can happen.

Did you like Lashana Lynch’s version of Captain Marvel? Let us know in the comments down below!