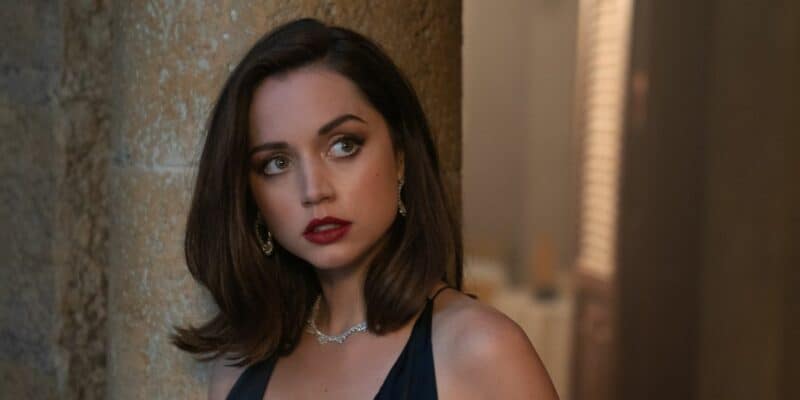 Ever since No Time To Die (2021) was announced, there have been calls for the character of James Bond to be rebooted as a female. However, there are likely many more who strictly oppose the idea, including some of the cast themselves.

When the first trailer dropped in early 2019 – a whole two years before its eventual theatrical release following numerous delays due to the pandemic – James Bond fans were quick to take issue with the “reveal” that Lashana Lynch’s character was the new “007” agent.

However, it turns out that Nomi has simply inherited the title following James Bond’s (Daniel Craig) retirement, as seen at the end of Spectre (2015). This wouldn’t be the last time Lynch would “step in” for a well-known hero, as she recently played Captain Marvel in Doctor Stranger in the Multiverse of Madness (2022).

At the end of No Time To Die, Bond decides to hang up the bowtie and tux for a quiet life with the love of his life, Madeleine Swann (Léa Seydoux). But if you’ve seen Craig’s final outing as 007 – then you’ll know that things don’t end so well for him.

So, with Craig’s Bond now dead, it begs to question where the future lies for this iconic character, who has now been portrayed by seven actors in total — Roger Moore, George Lazenby, David Niven, Sean Connery, Timothy Dalton, Pierce Brosnan, and Daniel Craig.

Recently, James Bond producer Barbara Broccoli discussed the franchise’s future with Deadline at a British Film Institution event in central London, suggesting that the character of James Bond will undergo a “reinvention” for the next film. She said:

“Nobody’s in the running. We’re working out where to go with him, we’re talking that through. There isn’t a script, and we can’t come up with one until we decide how we’re going to approach the next film because, really, it’s a reinvention of Bond. We’re reinventing who he is and that takes time. I’d say that filming is at least two years away.”

Despite many calls for the character to be reinvented as a female, it would seem that James Bond will remain male. And now, Ana de Armas, who enjoys a brief but memorable role in No Time To Die as CIA agent Paloma, discussed the matter in a recent interview with The Sun:

“There shouldn’t be any need to steal someone else’s character, you know, to take over,” the 34-year-old Blade Runner 2049 (2017) actress said. “This is a novel, and it leads into this James Bond world and this fantasy of that universe where he’s at.”

However, this doesn’t mean that de Armas believes that there shouldn’t be an equally iconic role for a woman, adding that future James Bond movies should include bigger roles for women alongside the globe-trotting MI6 agent. She continued:

“What I would like is that the female roles in the Bond films, even though Bond will continue to be a man, are brought to life in a different way. That they’re given a more substantial part and recognition. That’s what I think is more interesting than flipping things.”

The actress echoes the same thoughts expressed by James Bond himself. Last year, before the release of No Time To Die, Daniel Craig told Radio Times that he doesn’t think Bond should be a woman, saying:

“The answer to that is very simple. There should simply be better parts for women and actors of color. Why should a woman play James Bond when there should be a part just as good as James Bond, but for a woman?”

Even Barbara Broccoli agrees, having previously told The Guardian that Bond is simply a male character, saying:

It remains to be seen who will be cast as the next James Bond, but fans have been calling for some well-known actors to step into the role, from Star Wars‘ John Boyega to the Marvel Cinematic Universe’s Idris Elba. Even Dwayne Johnson has thrown his hat in the ring (no pun intended)!

No Time To Die is Daniel Craig’s final outing as James Bond. He previously appeared in Casino Royale (2007), Quantum of Solace (2008), Skyfall (2012), and Spectre. No Time To Die grossed over $774 million worldwide and became the fourth highest-grossing film of 2021.

Do you think James Bond should be a woman in the next film? Or do you agree with Ana de Armas? Let us know in the comments down below!