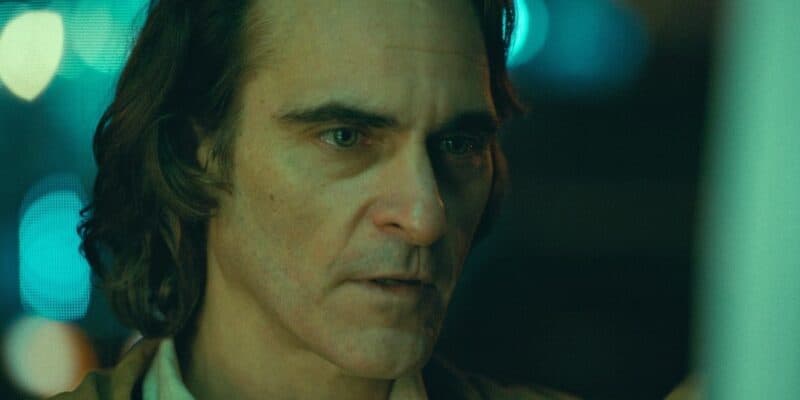 Any DC fan will tell you that Batman cannot exist without his arch nemesis The Joker, and vice versa. This is even hammered home in The Dark Knight (2008), in which Bruce Wayne/Batman and The Joker are played by Christian Bale and Heath Ledger, respectively.

In that movie, the emergence of Batman has led to the arrival of The Joker, with some Gotham criminals having become inspired by the caped crusader to hide behind a mask (or in this case, face paint) and carry out their own theatrics across the city.

While this is just one interpretation of these characters, there have been numerous examples throughout the history of Batman, in which the vigilante has inadvertently brought about the existence of the Clown Prince of Gotham, with Batman (1989) being the most well-known.

As for Batman himself existing without The Joker, while we aren’t necessarily being literal, the two characters still balance each other out — Batman is trying to save Gotham from itself, while The Joker is an anarchistic agent of chaos, hellbent on corrupting the Dark Knight.

So you might find it a little puzzling as to why we’ve decided to compare Joker (2019) with Matt Reeves’ The Batman (2022). After all, each movie focuses on an entirely different character from the world of Batman (the titles are pretty self-explanatory), so why put them in a line up?

Well, it’s reasonable to say that there are some similarities between the two movies, which makes them comparable to a degree. Perhaps the most notable symmetry, though, is that they’re both very character-driven pieces, with each of course taking place in a version of Gotham City.

From a tonal and narrative perspective, there’s some overlap too. But in terms of quality, we’ve already made it clear from the title of this article alone which movie we think is superior! So here are five reasons why Joker is a much better movie than The Batman…

5. It Has the Perfect Pace

There are many superhero movies that warrant a three-hour runtime, with perhaps Avengers: Endgame (2019) being the most recent example. Needless to say, it had a lot of boxes to check, and also needed to deliver an epic culmination of 10 years’ worth of storytelling at the same time.

But The Batman outstays its welcome and then some. Unlike The Dark Knight Rises (2012), this new reboot has no reason to be as long as it is, and there’s so much that can be cut out without consequence. Joker, on the other hand, is far more economical, and is a more palatable film for it.

4. The Storyline and Events Are Memorable

While we’ve said that there are some similarities between these movies in terms of tone, they don’t really extend beyond the fact that they’re both dark. However, there’s nothing in The Batman that demands to be remembered; no moment or scene that stands out above the rest.

But there are many things in Joker that will be etched into our minds forever, with the death of talk show host Murray Franklin (Robert De Niro) being at the top of that list. The level of suspense in the film is also like a ticking time bomb, while The Batman lacks any real sense of urgency.

3. There Are Many Different Layers

There’s one question we have for The Batman — why so serious?! There have been many interpretations of the Dark Knight, and almost all of them have worked. But the one ingredient that can’t be left out of any film is the ability to have fun, something lacking in the latest reboot.

From start to finish, whether you love the movie or not, we’re sure you’ll agree that it’s pretty humorless and monotone. But Joker, whose atmosphere you could cut with a knife, has it all — it’s multi-layered, colorful, and despite being a bleak affair, has so much fun along the way.

2. It Doesn’t Concern Itself With Franchise-Building

While there has been plenty of back and forth over the past two or so years about whether or not director Todd Phillips and Joaquin Phoenix intend to return for a Joker 2, in no way does the 2019 film ever attempt to establish anything further beyond the film that it is.

This plays to the film’s strengths, and while we fully appreciate the fact that The Batman needs to lay ground work for future movies, a sequel has already been confirmed (which had already been previously teased with the deleted Joker scene), while Colin Farrell is set to reprise his role as The Penguin in an upcoming HBO Max spinoff series.

There has been a lot of hyperbole surrounding Paul Dano’s performance as Edward Nashton/The Riddler in The Batman, which, for the most part, comes off as a little try-hard. As for Robert Pattinson’s Bruce Wayne/Batman, while competent, is equally overrated.

In the case of Joker, Joaquin Phoenix’s portrayal of Arthur Fleck (who is both protagonist and antagonist) is multi-layered and chilling. The unravelling of his character from the moment we first meet him, all the way through to his birth as the Clown Prince of Gotham, is riveting stuff.

Do you prefer Joker over The Batman? Let us know in the comments below!