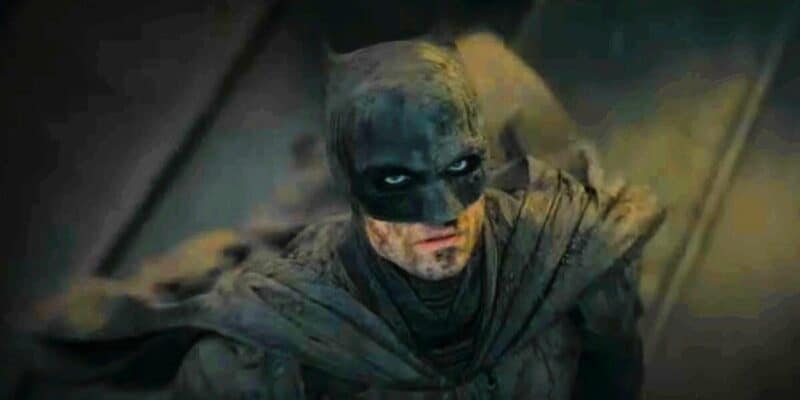 Batman is the gift that keeps on giving, and ever since Tim Burton’s Batman (1989), the only notable hiatus for the caped crusader was the eight-year gap between the franchise-killer Batman and Robin (1997) and Christopher Nolan’s trilogy-opening reboot Batman Begins (2005).

Since Adam West’s theatrical outing, we’ve had 12 movies that have featured Batman (we’re not counting 2016’s Suicide Squad, in which Ben Affleck’s Batman only appears for a few minutes, nor are we including 2019’s masterpiece, Joker, which includes a young Bruce Wayne).

You might be surprised, though, to learn that there were two live actors who donned the cape and cowl even before the late Adam West did back in the ’60s (Lewis Wilson and Robert Lowery)! However, we’re only including every Batman from the Adam West-era onwards.

So here are all seven live-action Batman actors ranked from worst to best.

Batman and Robin (1997) is the follow-up to Batman Forever (1997), both of which were directed by Joel Schumacher. This time, donning the cape and cowl is George Clooney, who takes over from Val Kilmer. There’s no denying that George Clooney is one of the greatest actors alive today, but sadly, his turn as the Bat of Gotham leaves a lot to be desired.

The insanely charismatic Clooney is charming as billionaire bachelor Bruce Wayne, and his relationship with Alfred Pennyworth (Michael Gough) is heart-warming stuff. Unfortunately, he just isn’t given much to do as Batman. If, however, you approach Batman and Robin as a quasi-futuristic reboot of the Adam West stuff (which appears to be the case), there’s plenty to enjoy.

Despite there having been many dark iterations of Batman in the decades since, it’s impossible to think of Batman without remembering the late Adam West fighting crime alongside Robin (Burt Ward) in the Batman TV series (1966 — 1968) and the 1966 movie of the same. But while a joy to watch as the Not-So-Dark Knight, West simply doesn’t hold up against others on this list.

However, it’s fair to say that Adam West is the one actor who brought Batman into the mainstream. And while there would be 21 years from the end of his tenure to Michael Keaton’s turn as the Gotham vigilante in 1989, the late actor will forever be remembered as the first Batman, even if those credits actually go to Lewis Wilson and Robert Lowery.

The Batman (2022) is Robert Pattinson’s first outing as the titular superhero, and going by its box office performance, it certainly doesn’t look like it will be his last. War for the Planet of the Apes (2017) director Matt Reeves delivers his long-awaited take on the Dark Knight in this rain-battered film-noir, which is easily the most bleak movie in the series so far.

But is Robert Pattinson any good as Bruce Wayne/Batman? Well, he’s essentially a mirror image of the tone of the film — both in and out of the costume. Pattinson is more than competent in the cape and cowl, but sadly, there’s little distinction between his identities, while the playboy billionaire facade is oddly absent. On a positive note, he’s perhaps more realistic than Christian Bale’s version.

Batman Forever finds both Tim Burton and Michael Keaton long gone, with director Joel Schumacher taking the reins and Val Kilmer stepping into the Batsuit. Whether or not Schumacher’s two movies are actually connected to Burton’s two is a bit of a mystery (a riddle, perhaps?), but Batman Forever, along with Kilmer’s portrayal, definitely feels like a reboot.

We happen to think Val Kilmer gets a bit of a bad wrap as Batman — for starters, his knight definitely leans towards the dark end of the spectrum, even if the one-liners feel like a precursor to the wildly puntastic Batman and Robin. His Bruce Wayne, however, despite efforts to flesh out his more tragic side, ultimately comes across as a bit too wooden for our liking.

If we were to rank all the live-action Batman actors by their popularity, Michael Keaton would be at the top of that list. The actor is even making a comeback as Bruce Wayne/Batman in DCEU’s The Flash (2022), which will mark his third appearance as the comic book character, with Batman and Batman Returns (1992) under his utility belt.

Prior to the release of Batman in 1989, though, the choice to cast Keaton led to some hot debate, not unlike Heath Ledger in The Dark Knight (2008) and Ben Affleck in Batman v Superman: Dawn of Justice (2016). But Keaton proved everyone wrong, and delivers a wonderfully eccentric Bruce Wayne, and a Batman who strikes a perfect balance between camp and gritty.

Christian Bale remains the only actor to date who has portrayed Bruce Wayne/Batman in three consecutive movies — Batman Begins (2005), The Dark Knight (2008), and The Dark Knight Rises (2012). While Ben Affleck has since made four appearances as the caped crusader, each of Bale’s outings are strictly Batman-focused films, as opposed to crossovers or cameos.

Bale is terrific as both Bruce Wayne and Batman, and reminds fans that it’s not just two identities he’s trying to master, but three, including the playboy billionaire whose purpose it is to cast doubt in the minds of any suspicious Gothamites. While he’s often outdone by The Dark Knight Trilogy’s extensive Rogues Gallery, Bale shines as the caped crusader, both in and out of the cape.

And so we arrive at the very top of our list, at an actor we consider to have portrayed the best Bruce Wayne and Batman. The announcement of Ben Affleck being cast into the role led to plenty of controversy prior to the release of Batman v Superman: Dawn of Justice in 2016, but after seeing his performance, Batman fans ate their words.

Taking inspiration from the gritty Frank Miller comic book series, “The Dark Knight Returns” (1986), Ben Affleck — or “Batfleck” as he’s more affectionately known — is the stuff Batman fans dream of, and the scum of Gotham City have nightmares of! This force of nature is the most seasoned and sadistic version of Batman, something Affleck exudes on both sides of his identity.

Following Batman v Superman: Dawn of Justice, Affleck was set to write, direct, and star in his very own Batman solo movie, a project the actor unfortunately stepped down from due to a combination of personal and professional reasons.

As such, we now have The Batman, but we can’t help imagine how awesome Affleck’s own series of films would have been. The Batfleck has so far appeared in four DCEU movies, including Suicide Squad (2016), Justice League (2017), and Justice League: Snyder Cut (2021).

There’s still plenty to look forward to where Batman is concerned, though, with Michael Keaton and Ben Affleck set to reprise their roles as Bruce Wayne/Batman in The Flash this year, in which Barry Allen/The Flash opens up the DC’s answer to the multiverse, and Keaton also appearing in Batgirl (2022), which stars Leslie Grace in the titular role.

How would you rank all the live-action Bruce Wayne/Batman actors?