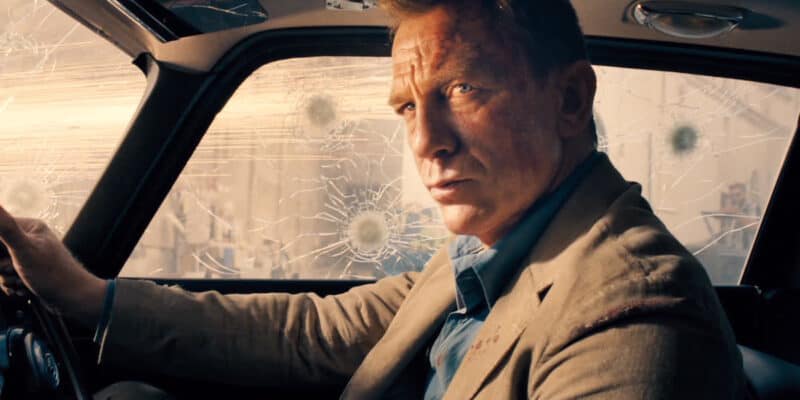 As has always been the case with any future James Bond film that follows the exit of a 007 actor, there has been a lot of back and forth as to who the next Bond will be. While Idris Elba appears to be the people’s choice, nothing has been confirmed as yet.

After a five-film tenure as the tuxedo-wearing, martini-guzzling global MI6 agent, Daniel Craig finally said goodbye in 2021. Last year, No Time To Die (2021), the final film in the “Daniel Craig-era” was released in theaters following several delays due to the COVID-19 pandemic.

But that didn’t stop the film from grossing over $774 million worldwide and being well-received by critics. No Time To Die is the fifth and final Bond film in Craig’s series of films, following Casino Royale (2007), Quantum of Solace (2008), Skyfall (2012), and Spectre (2015).

Warning — there are major spoilers ahead for No Time To Die.

So, where next for James Bond? Well, that question would have been a lot easier to answer if the titular super-spy hadn’t been killed off at the end of No Time To Die. Yes, in a shocking curtain call, Daniel Craig’s James Bond is killed by a series of missiles while saving the world.

It’s a fitting end for Craig’s career as 007, while also fulfilling a character arc never before seen in all the many other iterations of the character, whether Roger Moore, George Lazenby, Sean Connery, Timothy Dalton, or Pierce Brosnan. Simply put, Bond dies saving his daughter.

But whoever ends up getting the keys to the Aston Martin next, it has been confirmed that the next version of James Bond will be a “reinvention”. According to producer Barbara Broccoli, the next film in the Bond franchise will feature a huge change to the iconic character.

In an interview with Deadline at a British Film Institution event in central London, Broccoli said:

“Nobody’s in the running. We’re working out where to go with him, we’re talking that through. There isn’t a script, and we can’t come up with one until we decide how we’re going to approach the next film because, really, it’s a reinvention of Bond. We’re reinventing who he is and that takes time. I’d say that filming is at least two years away.”

At the event, Broccoli and her brother Michael G Wilson — a screenwriter and film producer best known for his work on the Bond films — were presented with BFI Fellowships by Bond actors Ralph Fiennes and Naomie Harris, who play Mallory/M and Miss Moneypenny, respectively.

Fiennes, who stars in Skyfall, Spectre, and No Time To Die alongside Harris, joked that Broccoli and Wilson “killed Bond” in the latest film, saying, “Naomie and I are the people to fix it. You find him and we’ll train him.”

But whether or not Fiennes, Harris, or even Ben Whishaw (Q) will return in the next James Bond film remains to be seen. With Bond now dead, it’s likely that the next installment will do what these films have always done and start over with a brand-new continuity.

Broccoli’s comments about reinventing Bond will likely re-ignite a hot debate over whether or not the 00 agent will be next played by a female actor. Prior to the release of No Time To Die, it was speculated that Lashana Lynch‘s new character Nomi would be his replacement.

However, it turned out that, as Bond had been out of active duty for several years by the time No Time To Die starts, Nomi had simply acquired his “007” status. We’d love to see her character return in a future film, though, as Lynch certainly brings her own set of skills to the film.

In fact, the same can be said for other strong female characters in the film, such as Madeleine Swann (Léa Seydoux), Paloma (Ana de Armas), and of course Miss Moneypenny. But ultimately, it all depends on whether the next Bond film is a reboot or not.

But even if it does turn out to be a reboot, that doesn’t mean these actors can’t be called back. After all, Judi Dench’s M appears in both the Pierce Brosnan-era films as well as the Daniel Craig ones. As for who will replace Daniel Craig, we’ll just have to wait and see.

Who do you think should play James Bond in the next film? And how do you think the character will be “reinvented”? Let us know in the comments down below!