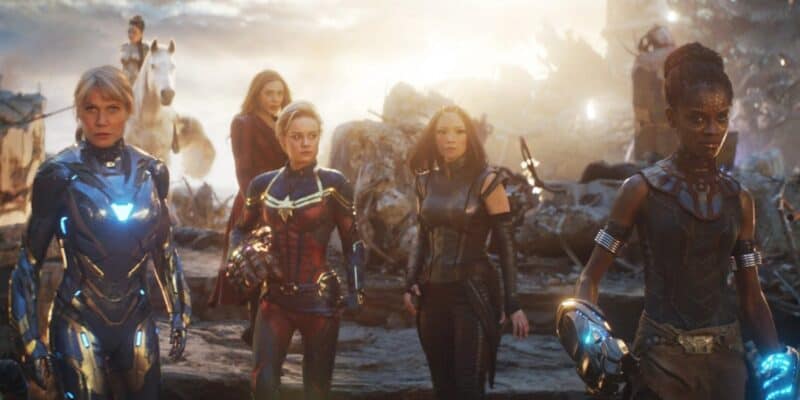 The Marvel Cinematic Universe’s (MCU) iconic scene is being brought up again.

Phase Three of the Marvel Cinematic Universe ended with the gripping finale to years of buildup from the Marvel Studios team, bringing superheroes from all walks of life together to defeat the biggest threat to the universe — the Mad Titan, Thanos (Josh Brolin).

Releasing in theaters in 2019 to worldwide buzz, Avengers: Endgame was directed by Anthony and Joe Russo, (otherwise known as the Russo Brothers) was the cinematic event that proved central to cementing the MCU’s status as a cultural touchstone in the minds of many. Marvel fans also said goodbye to Robert Downey Jr. as Tony Stark/Iron Man and Chris Evans as Steve Rogers/Captain America.

Following on from their previous film Avengers: Infinity War (2018), Endgame saw this myriad of Earth’s Mightiest Heroes (and their friends) face up against the Infinity Stones’ reality-bending powers in a no-holds-barred, grand finale-type showdown. It was during this epic crossover battle when the abovementioned “female Avengers” scene took place.

This scene has been the subject of much debate since its airing back in 2019, with many criticizing Marvel Studios and the Avengers franchise for shoe-horning in a scene blatantly promoting a sort of “female empowerment” by conveniently lining up all the existing female superheroes on screen to fight the bad guy, all at once. Conversely, there were also lots who heaped praises onto Endgame for its long overdue showcase of all the female Avengers working together and finally united.

Now, it seems that the brand-new Marvel director Nia DaCosta has something to say about this iconic scene. DaCosta is slated to direct on Captain Marvel (2019) sequel The Marvels (2023) starring Brie Larson returning as Captain Marvel/Carol Danvers and newcomers Iman Vellani (Kamala Khan/Ms. Marvel) who starred in her own Disney+ show Ms. Marvel (2022) and Teyonah Parris (Monica Rambeau/Photon), who gained her powers during the events of other Disney+ Original, WandaVision (2021).

Speaking to Entertainment Weekly during The Walt Disney Company’s D23 Expo this year, DaCosta was surrounded by the main The Marvels cast when she shared that she found herself “annoyed” during that well-known Endgame scene.

DaCosta explains her initial reaction to the scene:

I, like many women around the world, watched Avengers: Endgame, and had that six seconds of all the Marvel women together. I once had chills, but I was also very annoyed.

She proceeds to expand on this, iterating that it’s actually because she wants to see more of this:

I was like, ‘Two hours of this, please.’ So it was really nice that they decided to do a team-up movie with three of my favorite heroes, so that’s what was most exciting. I’ve been a huge Marvel fan for the longest time, loved the movies. And so, I always knew I wanted to be a part of the universe.

Overall, it’s clear that DaCosta is being careful to level praise at the Marvel Studios movies within the Marvel Cinematic Universe, being a Marvel director herself now. DaCosta definitely seems passionate to be a “part of the universe”, evidently wanting “more”  of that sort of female-centric scene.

What do you think of the female empowerment scene during Avengers: Endgame? Would you want to more of this sort of thing? Share your thoughts in the comments below!