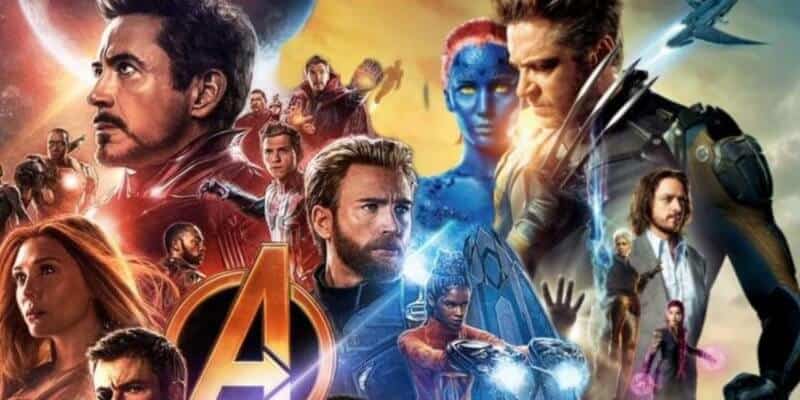 The more recent two-parter epic conclusion to the Infinity Saga, Avengers: Infinity War (2018) and Avengers: Endgame (2019) directed by Anthony and Joe Russo, said goodbye to Marvel heavyweights Robert Downey Jr. as Tony Stark/Iron Man and Chris Evans as Steve Rogers/Captain America. This became what many considered to be the biggest movie-going experience of the decade, with Avengers: Endgame turning into a global phenomenon and surpassing James Cameron’s Avatar (2009) record for the highest grossing film of all time (something James Cameron was definitely not too happy about).

Now, the world of the Marvel Cinematic Universe is getting expanded into more of a Marvel Cinematic Multiverse — with Phase Four, Phase Five and Phase Six of the MCU labelled by Kevin Feige as the Multiverse Saga (check out our “Secret Wars” story breakdown here), culminating in the fifth and sixth Avengers films, Avengers: The Kang Dynasty (2025) and Avengers: Secret Wars (2026), respectively. Not much has been definitively confirmed for this movie, especially considering how Marvel Studios loves to keep mum about things regarding the true future of the Marvel Cinematic Universe, much less know who might be directing it yet (except that it almost definitely isn’t the Russo Brothers again) — but several reported leaks have really set the internet and Marvel fan circles ablaze!

According to Heavy Spoilers, Marvel Studios sources report that head Kevin Feige intends for 2026’s Secret Wars to carry on from 2025’s Avengers: The Kang Dynasty, the same way that Endgame acted as a “Part Two” to Infinity War. He also wants Secret Wars to blow what Avengers: Endgame accomplished completely out of the water.

According to my sources, Kevin Feige wants to have this as the biggest movie of all time, with almost every major character from every major Marvel film returning in some capacity. From what I’ve been told, Feige’s dream and his vision is to have a similar scene to the “portals” one at the end of Avengers: Endgame. However, instead of being restricted to MCU characters, we’ll have multiple Marvel franchises converging at this point.

Heavy Spoilers goes on to detail which characters might actually appear in this crazy-sounding Avengers: Secret Wars movie:

This will include Tobey [Maguire] and Andrew [Garfield], Hugh Jackman as Wolverine, several X-Men cast members, Fantastic Four ones, and so on and so forth. Kang will have ravaged multiple dimensions at this point, and it’ll be a final stand against him across the entire Multiverse. Whether this happens or not remains to be seen…

Of course, Heavy Spoilers is referring to Tobey Maguire and Andrew Garfield’s iterations of Peter Parker/Spider-Man, already introduced into the MCU from 2021’s Spider-Man: No Way Home — but this is breaking the bounds of the Marvel Cinematic Universe for good. There is not just the potential inclusion of “dead” characters like Tony Stark’s Iron Man from within the MCU itself (and its associated established Multiverses, seen in entries such as Doctor Strange in the Multiverse of Madness (2022) and What If…? (2021)) — but actual precedent for a huge Marvel blowout of never-before-seen proportions.

What happens when the Marvel Multiverses collide?

If Kevin Feige’s alleged plans come to fruition, it’s likely that we’ll see whoever’s left at the end of Avengers: The Kang Dynasty banding together to defeat the Multiversal threat introduced in Disney+’s Loki (2021) — Jonathan Majors’ charismatic Kang the Conqueror/He Who Remains. Anything and everything could truly happen — we already know Deadpool and Wolverine will team up soon, and there’s also Tom Holland, Maguire and Garfield allegedly slated for a new Spider-Verse project. But perhaps we’ll have Wesley Snipes returning as Blade, or an epic Magneto (Michael Fassbender) and Professor Xavier (James McAvoy) team-up of nerd-dreams, or Jessica Alba back as Fantastic Four’s Sue Storm/Invisible Woman. Could a Doctor Doom/Victor von Doom variant show up on the “good side” to help save the Multiverse? Perhaps Chris Evans could even reprise his role as the 2005 Fantastic Four‘s Johny Storm/the Human Torch at the same time as Steve Rogers/Captain America?

Time, or Kevin Feige, will have to tell.

What do you think of this apparent leak for Avengers: Secret Wars? What do you hope would happen? Share your thoughts in the comments below!