Recap: 'Star Wars: The Bad Batch' - "The Solitary Clone" - Inside the Magic 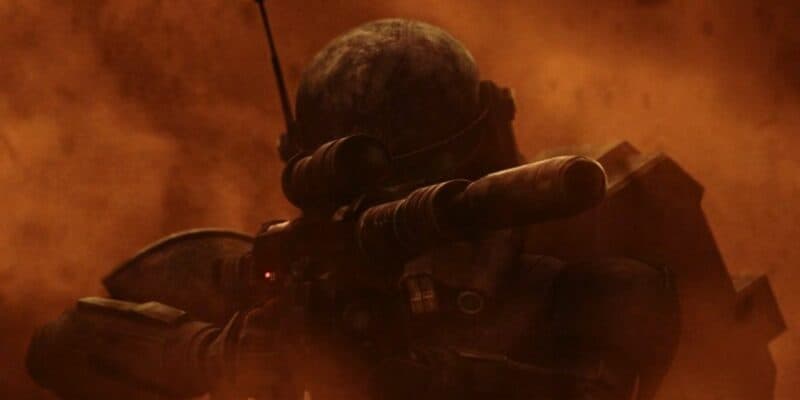 Lucasfilm decided to shake things up with The Bad Batch by focusing on Crosshair’s story instead of Clone Force 99 for this week’s episode.

“The Solitary Clone” begins with a mother and child walking near other residents when the alarm sounds. Everyone begins rushing to their homes and hiding indoors. An imperial shuttle can be spotted on the horizon. The mother and child hide, and the shuttle lands.

The Empire’s prototype Stormtrooper armor can be seen as a full squad disembarks with Governor Grotton. They approach the bell tower and meet Governor Tawni Ames of Desix. Grotton explains that the Empire is relieving Governor Ames of her title and station, and she refuses to cooperate. The stormtroopers aim their weapons but surrender once B1 Battle Droids surround the squad.

Ames makes it clear that Grotton and his men need to surrender and leave the planet since Dessix is outside of Imperial jurisdiction. Grotton refuses to cooperate. Next, we see Crosshair (voiced by Dee Bradley Baker) wake up in his new quarters. His armor is on a crate, and his room is small and minimalistic. He gets food from the cafeteria, where clones avoid sitting near him, leaving him alone. Vice Admiral Rampart (Noshir Dalal) summons Crosshair to his office in the middle of his meal.

Rampart gives him a mission to infiltrate Desix as part of a diplomatic envoy to stop the insurgents and rescue Governor Grotton. Crosshair is sent to join Commander Cody’s squad because he has recovered from his time on Kamino. The Bad Batch may have escaped the Empire on Serenno, but the series didn’t explain what happened to Crosshair since their last encounter on Kamino.

Crosshair reveals he was on the planet, stranded, for 32 rotations (or days). Crosshair joins Cody, and they talk about Clone Force 99 before entering the shuttle on Desix. From there, Cody discusses their battle plan and explains that Desix has reprogrammed the droids to serve Governor Ames. We see Governor Grotton again imprisoned when Ames tells him the Empire is arriving. The imperial representative gets angry and says she lost the first war (the Clone Wars) and can’t possibly win against the Empire.

Ames takes off her mask and explains that she knew the Republic would fall because Dooku mentioned this to some separatist leaders. Governor Ames orders her T-Series Tactical Droid to take down the shuttle. The Imperial shuttle is bombarded with rockets and a barrage from an AAT before crashing. B1 Battle Droids check the wreckage and claim to find no survivors.

As the scout team leaves the wreckage, they are killed by the remaining clones as Cody and Crosshair come out of the smoke. Cody says he is unsure how they will take on the AAT tank with all of the B1s, and Crosshair tells him to move forward and that’ll he will handle the tank. He begins shooting some shots to get the tank’s attention and blows it up by firing a blaster bolt into the barrel of the main cannon, causing the tank to explode. Cody and his men clean up the rest of the B1s on the wall, and they make it inside the compound.

The squad faces several squads of B1s and realizes that a Tactical droid is issuing orders. They decide to split their forces to reduce the number of enemy troops they face. Once they reach another section of the compound, they hear droidekas incoming and lose a clone trooper as they take cover.

Another clone sacrifices himself to kill the droidekas with his grenades, as blaster bolts can’t penetrate their shields. The squad moves into the Bell tower after spotting the tactical droid. Governor Ames orders the droid commander to use all their forces to stop the clones, which activates the remaining droids. BX-Commando Droids. Cody and Crosshair take on the Commando droids on the spiral staircase, and Crosshair uses a few mirror deflector points to get ridiculous shots on the droids.

After Cody saves Crosshair’s life from a Commando droid choking him, he tells Cody to throw another deflector mirror into the room heavily guarded by Commando droids. It’s their only option to take out the T-Series and make it easier to destroy the remaining droids. Cody throws the mirror and takes a blaster bolt to the arm while Crosshair takes out both the commando droids and the tactical droid.

This leaves Cody and Crosshair to save Grotton, and the Imperial Governor orders the clones to kill the Ames after Cody reassures her that no one else has to die. Cody says he can’t do it, but Crosshair quickly kills her and walks away with Grotton leaving Cody alone.

As Cody enters the shuttle leaving Desix, he looks around and sees several squads of stormtroopers landing on the planet. Back at Imperial Headquarters, Cody asks Crosshair one question. Are they helping make the galaxy a better place? Crosshair responds by saying they do what has to be done. Cody responds by explaining that, unlike a battle droid, clones can make decisions and then have to live with the decisions they make before walking away.

The scene cuts to reveal Crosshair waking up, eating alone at the cafeteria before being called to Vice Admiral Rampart’s office. He is given another mission but has a new commander. Crosshair asks what happened to Commander Cody and Rampart says that he went AWOL and jokes that Crosshair tends to have a lot of clones “disappear” when they interact with him. Crosshair leaves for his next mission, and Rampart studies his datapad, disinterested in the clone.

In the end, here are some key thoughts for the episode:

-Commander Cody is back, but isn’t sticking with the Empire

-Crosshair spent 32 days stranded on Kamino before the Empire grabbed him.

-Crosshair might be debating whether or not to stay with the Empire.

What do you think happened to Commander Cody? Let us know in the comments below!