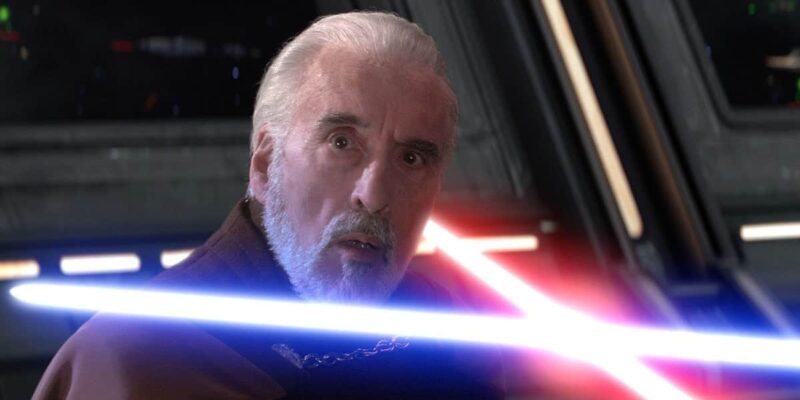 The Bad Batch Season 2 finally addressed just how evil Count Dooku was during the Clone Wars.

In Tales of the Jedi, Dave Filoni showed Dooku’s downfall into the Dark Side, and it made perfect sense why the Jedi turned his back on the Jedi Order. The Republic was corrupted, and senators and people in power exploited innocents for their agenda.

Dooku no longer believed in the order after hearing Qui-Gon Jinn died. This led Count Dooku to turn his back on his life as a Jedi to join Palpatine once he killed Yaddle. This moment in the series made fans question just how evil Dooku was, as some wanted to defend the Count for being justified in creating the Separatist movement.

Related: Everything You Need to Know About Count Dooku

Even in Star Wars: Episode II — Attack of the Clones (2002), Mace Windu and Ki-Adi Mundi reassured fans that Dooku was just a political idealist and not a real threat. The Clone Wars challenged that theory after showing Dooku using the Dark Side to kill several characters throughout the series.

In The Bad Batch, Tech adds that Count Dooku profiteered off the worlds he conquered by amassing their wealth into his treasure hoard. With Serenno being his home planet, Dooku brought all the treasure into his estate and even stole resources from the people that lived on his planet. He exploited everyone he could to be one of the wealthiest beings in the galaxy.

Now, the Empire is taking the resources for the Emperor as the planets who lost their wealth will never get it back. In the end, it just shows that Dooku was truly not someone interested in helping restore democracy to the galaxy. Perhaps in the beginning, he was an idealist, but his lust for power and wealth stripped that away from him as he only wanted power and a seat to rule in Palpatine’s new order.

Unfortunately, the Count didn’t expect to be replaced so easily as Anakin Skywalker ended his life onboard the Invisible Hand in Star Wars: Episode III — Revenge of the Sith (2005), leaving Dooku to realize too late that his life of corruption and evil was for nothing.

Do you think Dooku was always evil? Let us know in the comments below!