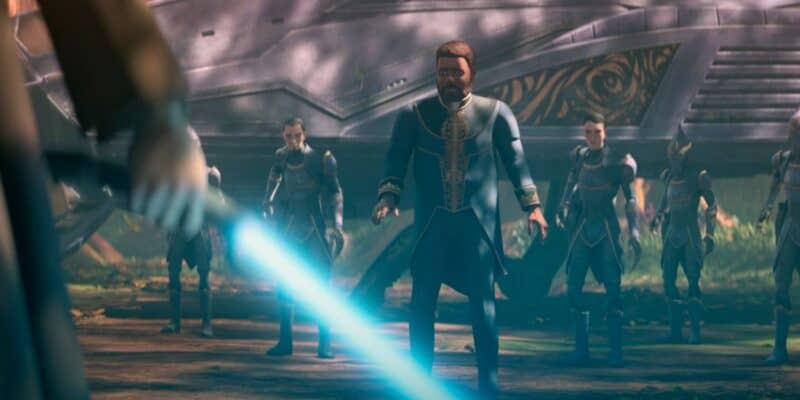 While the recently released Tales of the Jedi might rely on a similar animated style to that of Rebels or Clone Wars, it’s perhaps one of the most mature animated series on the platform. With recent comments from Chapek concerning adult audiences and their supposed lack of love for animated material, this series serves as the ideal counterargument.

Star Wars has always had mature storytelling, especially in its animated media, but Tales of the Jedi is one whose writing is clearly meant for a more adult audience. While younger viewers might be pulled in with the chapters concerning Ahsoka Tano and her origins, the secondary plot with Count Dooku’s fall from grace and departure from the Jedi temple are some of the most goosebump-inducing episodes in any Star Wars animated series. This dichotomy of motifs brings balance to the Force in more ways than one. As Ahsoka is molded into the wide-eyed and ambitious warrior she will grow up to be, Dooku’s eyes are opened to the internal corruption of the senate and the secrets ignored by the Jedi Order.

Dooku’s saga deserves a series all its own. After all, fans have already seen more than their fair share of Ahsoka’s exploits. The reason is that Dooku isn’t a character like Anakin who had to be seduced by the dark side with visions of his loved ones’ pain and suffering. He got to experience it with his own eyes. Right from his first episodic appearance, Dooku and young Qui-Gon Jinn are exposed to the life of abject poverty that a powerful senator’s subjects endure. While that’s enough to plant the seeds of discord in Dooku’s mind, it isn’t until the end of “The Sith Lord” that he succumbs to the Dark Side. In only three episodes, Disney gives Star Wars fans a truly compelling and very adult storyline concerning the morally gray territory the Jedi often visit.

While only a few short episodes long, the Disney+ series has already laid the groundwork for a much-desired second season. Dooku’s isn’t the only story that comes with a very palpable weight. If Dave Filoni can deliver another batch of episodes like Dooku’s animated character study, the project is in the best of hands. Here’s hoping we can expect more mature and animated entries from the galaxy far, far away?

Do you think this was a more adult-oriented series? Tell us in the comments below!