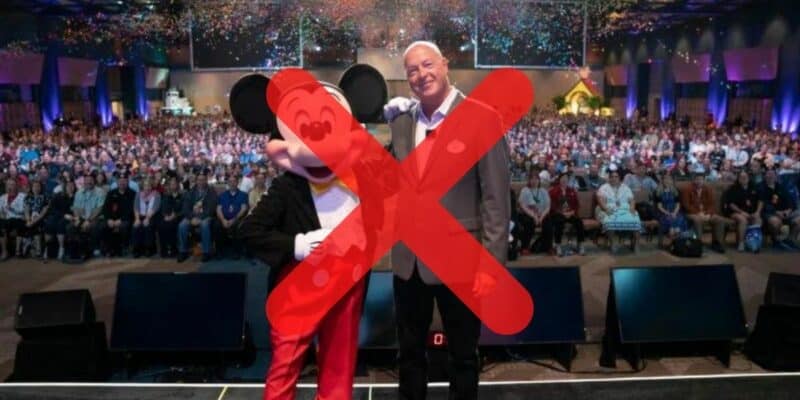 Bob Chapek has been the source of controversy and criticism for a long while now, but his recent remarks about adult audiences not wanting to watch animated Disney movies are yet another example of how he clearly doesn’t understand his audience.

Abigail Disney, filmmaker and heir to the Disney name, made the comment that the company has “lost the plot” and it seems Chapek continues to stick to that script with each passing day.

However, the Disney CEO’s recent quote during a Wall Street Journal conference isn’t just wrong, it’s harmful to the company and has the potential to be a very dangerous statement. Chapek said,  “Our fans and audiences put their kids to bed at night after watching Pinocchio, Dumbo, or Little Mermaid, then they’re probably not going to tune in to another animated movie, they want something for them.” Needless to say, his remark has only furthered the ire and disdain of some very vocal fans.

Chapek has forgotten Walt’s fundamental rule for his company, that the Disney Parks, movies, TV shows, and so on and so on are all made to be enjoyed by everyone, not just children alone. The fact that he would not only belittle and limit the company’s classic films to children alone and paint them as something to pacify a younger audience should have Disney’s PR team up on their hackles. In simplest terms, Chapek is wrong and completely ignoring an entire demographic of fans and consumers.

Animation is not a medium strictly for kids, neither is Disney as a whole. While there will obviously be more adults buying tickets to Marvel movies and binge-watching Star Wars series like The Mandalorian and the recently released Andor, fans of all ages have their favorite animated Disney film. Having a favorite Disney character or movie is as second nature as having a favorite color or pizza topping. Saying that adults don’t want another animated Disney movie is a logical fallacy that’s borderline insulting.

While the term “Disney Adults” might have a toxic connotation at times, it represents an enormous audience that continue to enjoy the Parks, movies, and characters on a regular basis. Their brand loyalty is second to none, but even some of the most dedicated fans might find their patience with Chapek wavering. The CEO might be partially correct with the phrase “adults want something for them,” but that doesn’t mean it shouldn’t be animated. In fact, many of their most adult projects have been in the form of animated films.

Fantasia, The Hunchback of Notre Dame, Atlantis: The Lost Empire, and the experimental Short Circuit series on Disney+ all consist of mature themes, emotions, and storylines that might be watched by kids, but that doesn’t mean they are the intended audience. Chapek later went on to say that he was “open” for an R-rated project, but that would only push the company ever farther from Walt’s intended visions. In the end, animation shouldn’t be limited for kids. It shouldn’t be limited at all, full stop. There are just as many older viewers who grew up with Disney’s animated classics as their are younger viewers just experiencing them for the first time. To try and put Disney’s audiences in boxes is only further evidence of Chapek’s distance and disconnection from his consumers.

*This is an opinion piece. The opinions reflected in this article do not necessarily reflect the opinions of Inside the Magic as a whole.*

Does Disney need more “adult content?” Is animation just for kids? Tell us in the comments below!