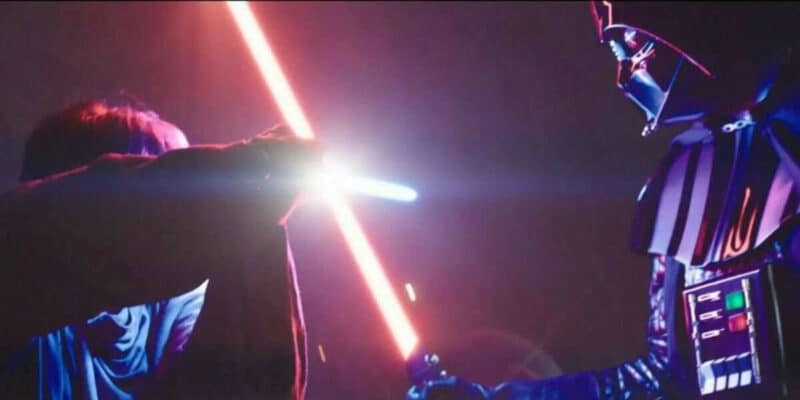 Ewan McGregor and Hayden Christensen reunited for another Obi-Wan Kenobi interview, and it was amazing!

One of the critical requirements for any filmmaker, writer, or actor to make a quality product is passion for their subject. Whether fans loved or were lukewarm about Obi-Wan Kenobi, it’s clear that Deborah Chow, Ewan McGregor, Hayden Christensen, and the entire crew working on the series were passionate about the subject and passionate about making it the best entry into the Star Wars canon that it could be.

Obi-Wan tells the compelling story of the Jedi Master (McGregor) in hiding on Tatooine, lost from history, lost in his own guilt, and suffering a loss of faith in himself, the Jedi Order, and the Force. In the midst of all this, Obi-Wan (McGregor) must undertake a mission to protect a young Princess Leia (Vivien Lyra Blair) from a trap set for him by Darth Vader (Christensen) and the Inquisitor’s Third Sister (Moses Ingram).

The six-episode series had some of the most gripping moments in the Star Wars franchise and let audiences in on the real-world issues that both Obi-Wan (McGregor) and Anakin Skywalker/Vader (Christensen) were facing. The series all comes to a colossal climax when master and apprentice are brought face to face once more in another Duel of the Fates.

The emotion between both McGregor and Christensen was palpable and heartbreaking. Vader (Christensen) revealing that he felt he had killed his former self and Obi-Wan (McGregor) saying goodbye to both his old friend and new enemy really bridged the gap between Star Wars: Episode III – Revenge of the Sith (2005) and Star Wars: Episode IV – A New Hope (1977). It also eased the transition between Ewan McGregor’s interpretation of the character and Alec Guinness’s.

Recently, both Ewan and Hayden returned for an interview, reported by The Direct. The reunion was touching, and viewers could plainly see the immense respect each actor had for the other, both constantly praising the other’s performance and demurring on the role they each played. The arguable highlight of the interview had to do with that very topic: how it felt for each actor to pick these characters back up at a different stage in their lives and the character’s development.

Their answers were very similar. When asked about the climax of the series, in which the two come to blows and Vader’s (Christensen) mask is shattered, Hayden remarked how the actors approached the scene with a kind of reverence. He said  there was “An emotional weight to it that was really unexpected.” Ewan continued:

“Well, like Hayden said, it took us by surprise a bit, I think. In the playing of it, it became quite emotional in a way that I don’t think I had imagined it would be…There are obviously stepping stones back but it’s leading to this moment where he has to fight his old Padawan, you know? His best friend. So there’s the emotional side of that, and then there’s the physical side of that, and both were a surprise.”

While both actors paid high praise to director Deborah Chow, as well as the makeup, costuming, and sound design, they also acknowledged the emotional intensity of the climax and the entire series, each remarking how they were brought to tears watching the final product. Ewan added, “It was just very moving,” while Hayden even went as far as to say:

“Getting to do that scene with Ewan was really the highlight of my entire ‘Star Wars’ experience.”

At the current time, there are no official plans announced for another season of the series. Still, Ewan expressed his enthusiasm, saying he would be more than willing to return should they ask, a sentiment that was echoed by Hayden. Many fans certainly hope there will be: with the tease of Qui-Gon Jinn (Liam Neeson) appearing during the very last scene of the last episode, there’s a lot of untapped potential for a second season!

What did you think of Ewan and Hayden’s reunion Obi-Wan? Let us know in the comments below!