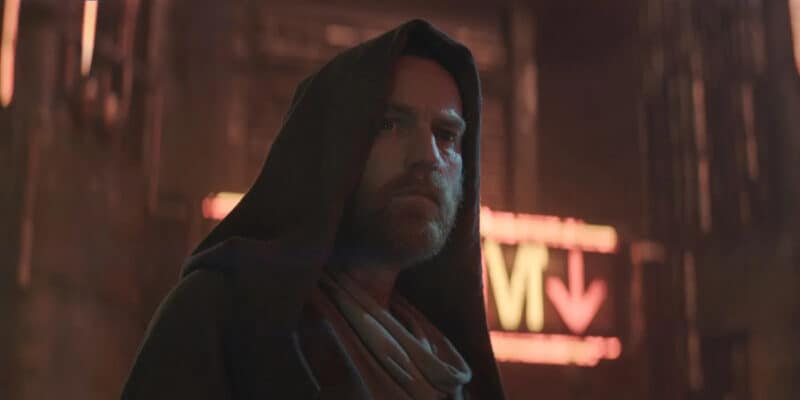 Could Jedi Master Obi-Wan (Ewan McGregor) be on his way back?

Star Wars Jedi: Fallen Order has been one of the most popular game releases from EA and Lucasfilm in years. The game follows the story of Cal Kestis (Cameron Monaghan), a Jedi on the run from the Empire in the years following the purge. He meets up with another former Jedi, Cere Junda (Debra Wilson), and her pilot, Greez Dritus (Daniel Roebuck), and together, they set out to combat the Galactic Empire, and ensure the safety of each other, and of force-sensitive children across the galaxy.

The story, the high production quality, and gameplay, all led to Fallen Order being so well received that in January of this year, Lucasfilm and Electronic Arts announced a sequel to be released March 15, 2023, titled Star Wars Jedi: Survivor. Set five years after the original, there’s most certainly a lot to catch up on with the old crew. The time period in which the sequel is to be set also puts gamers in the same exact year as the Disney+ series focused on another saber-wielding survivor of the Jedi Order: Obi-Wan Kenobi (McGregor).

Earlier this year, Obi-Wan Kenobi was released to mixed reviews on Disney+, and featured the comeback of Ewan McGregor as the Jedi hermit, brought out of retirement to save Princess Leia (Vivien Lyra Blair), bringing him into conflict with both an Imperial Inquisitor, the Third Sister (Moses Ingram) and his old apprentice, Anakin Skywalker/Darth Vader (Hayden Christensen). Through this series, we see that Obi-Wan (McGregor) not only left Tatooine during his exile, but, that he could be willing to do so again, as evidenced by his visit to Leia (Blair) following her safe return. Could this mean a cameo for the Jedi Master in Jedi: Survivor?

One leak seems to suggest something along those lines! In a report from Comicbook, a prepurchase bonus for the new game shows three cosmetic rewards for Cal (Monaghan) to use throughout the game. Though not named to Obi-Wan (McGregor), the designs clearly show the costume from the Disney+ show, plus, his prequel era lightsaber. Not only that, but, there’s also a new blaster available as part of the rewards, which would change up the gameplay from Fallen Order significantly, adding the option to use a blaster as part of your arsenal.

While this leak doesn’t necessarily mean that Obi-Wan (McGregor) himself will be making an appearance in the game, it is a strong indicator that something like that may be possible. It also isn’t likely a coincidence that the game is set in the very same year as the Obi-Wan series, the appearance of the Fortress Inquisitorius in the Disney+ series, and with Cal (Monaghan) and the crew still on the run from the Empire and Inquisitors,  the pieces do seem to be falling into place.

Do you think Obi-Wan will make an appearance? Let us know in the comments below!