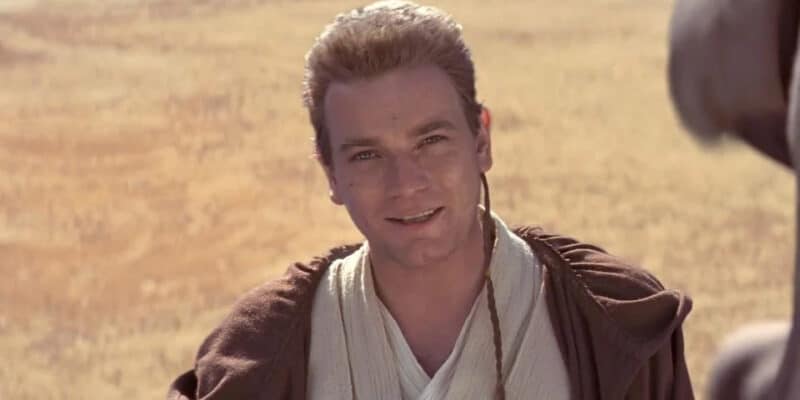 Fans can’t get enough of Obi-Wan after seeing him in the recent issue of Marvel’s Star Wars comic series by Charles Soule.

Since it’s Soule’s 100th issue published for Star Wars, he made a special issue showcasing different stories from across three eras of Star Wars. One focused on Anakin and Obi-Wan. Another one was about Vader and Palpatine. Kylo Ren stole the spotlight for a brief second and Poe Dameron ended the issue with a cool eulogy.

While each mini-story told an intriguing small tale, Anakin and Obi-Wan stole the spotlight when Kenobi had to explain why Jedi never make other weapons with Kyber crystals. Anakin believed that the Jedi should create Kyber spears and blasters until Obi-Wan gave him the lecture that he learned from his master, Qui-Gon Jinn.

Obi-Wan shared that while the lightsaber isn’t the most powerful weapon, not everyone can wield it. A lightsaber is a precise weapon that symbolizes that the Jedi are peacekeepers and not rulers. Then Obi-Wan confessed that he had thought of some crazy weapons such as a light-saber on two ends attached by a chain which shocked fans.

Everyone knows that Kenobi loves his “elegant” blade and doesn’t do well with blasters so it was fun to see a young Obi-Wan messing around with the idea of a dangerous lightsaber weapon:

Padawan Obi-Wan should be your No. 1 chaotic fave #SWComics

Padawan Obi-Wan should be your No. 1 chaotic fave #SWComics pic.twitter.com/BO01uv1MPR

Fans shared their love for Obi-Wan and how the comics give the character some of Ewan McGregor’s chaotic energy:

Ahh.. they’ve added some of Ewan’s chaotic energy to the character. I like!!

Ahh.. they’ve added some of Ewan’s chaotic energy to the character. I like!! 🤩😍

True, but also pretty much any age Obi-Wan is my chaotic fave

True, but also pretty much any age Obi-Wan is my chaotic fave 😂

Isn’t it great?? I love it, too. There’s more to it, too – Obi-Wan and Anakin have their own little story in Star Wars #25

Isn't it great?? I love it, too. There's more to it, too – Obi-Wan and Anakin have their own little story in Star Wars #25 pic.twitter.com/nVcShJXYLx

Hopefully, fans can see more of Obi-Wan in the future. As of right now, Obi-Wan has a mini-series currently in the comics and then potentially getting a second season if Disney decides to go for another season of Obi-Wan Kenobi. Fans love Obi-Wan so it seems that the character won’t disappear anytime soon.

Do you like seeing young Obi-Wan in action? Let us know what you think!