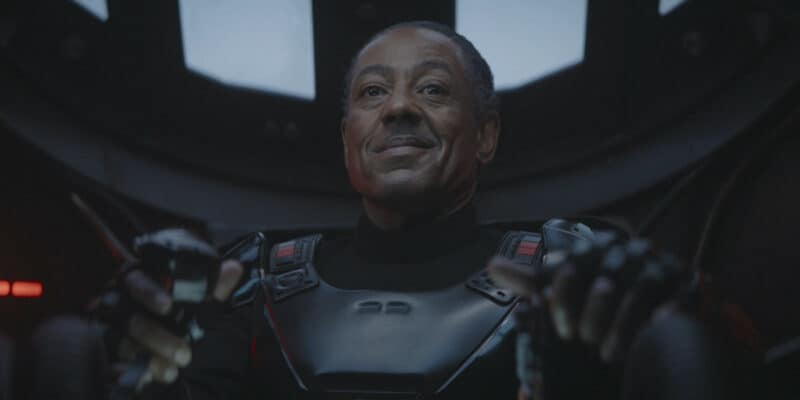 A familiar-looking Sequel-era enemy for season 3 of The Mandalorian?

Star Wars fans are passionate. It’s no secret that the Sequel Trilogy has been a source of consternation for many Star Wars fans. What is surprising is the fact that after the commotion caused by Star Wars: Episode VII – The Last Jedi (2018), fans were open, receptive, and genuinely enjoyed The Mandalorian.

Related: ‘Mandalorian’ Star Looks to Make Jump to Marvel – “I Do Want That”

Premiering a little over a month before Star Wars: Episode IX – The Rise of Skywalker (2019), The Mandalorian was a definite passion project for Jon Favreau. The director of Iron Man (2008) and The Jungle Book (2016) brought his talents to the Star Wars universe and, like a big kid, just had fun. He and his team clearly made the series they wanted to make without worrying about  ‘the rules’ of Star Wars.

After all, Mando was the first of its kind. A live-action series set in the Star Wars universe? It had never been done before! While it would have been easy to be formulaic and safe, The Mandalorian blazed this new trail boldly and unabashedly, taking risks that have paid off in what is undoubtedly one of the most popular Star Wars offerings of the Disney/Lucasfilm era.

With The Mandalorian Season 3 on the horizon, fans are very curious to know what will happen to Din Djarin/Mando (Pedro Pascal), Grogu (Himself), Greef Karga (Carl Weathers), Bo-Katan Kryze (Katee Sackhoff) and the others are up to. With the imminent return of Giancarlo Esposito’s Moff Gideon, Mando’s (Pascal) new hotrod of a ship, and a return to Mandalore, things are lining up for an epic third season!

A new leak from MakingStarWars, shared by The Direct, offers one more thing to be excited about: a tie-in to one of the best moments in the Sequel Trilogy. Regardless of if they enjoyed Last Jedi or not, most Star Wars fans can agree that the fight between Rey (Daisy Ridley), Kylo Ren/Ben Solo (Adam Driver), and the Praetorian Guards was, in a word: epic. The visuals, the colors, the lighting, and the choreography all came together in that scene for some memorable Star Wars action.

Now it looks like those guards, or guards like them, will be making an appearance in The Mandalorian season 3! According to MakingStarWars, these guards will be showing up as support for Moff Gideon (Esposito), who may be wearing some new Mandalorian-inspired armor, complete with a horned helmet, if reports are to be believed.

Both The Direct and MakingStarWars point out that this would be keeping in line with the tradition of the Empire: providing red-suited, elite guards to protect the higher-ups in their ranks. Emperor Palpatine (Ian McDiarmid) famously had them in Star Wars: Episode VI – Return of the Jedi (1983), and Snoke (Andy Serkis) had them, as previously discussed in Last Jedi. Could these new guards be the predecessors to those we see in Snoke’s (Serkis) throne room?

Whether this is true or not, a good design is a good design. The third season of The Mandalorian comes to Disney+ on March 1, 2023. It will star Pedro Pascal as Din Djarin/The Mandalorian, Grogu as Himself, Katee Sackhoff as Bo-Katan Kryze, Carl Weathers as Greef Karga, and Giancarlo Esposito as Moff Gideon. Season 3 promises to be a dramatic, action-packed installment as Mando (Pascal) journeys back to the desolate world of Mandalore for redemption.

What do you think of these new guards? Let us know in the comments below!