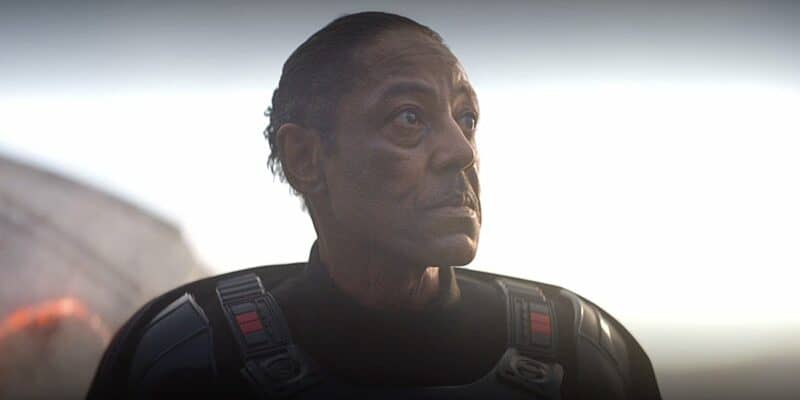 Giancarlo Esposito confirms his return in The Mandalorian won’t go as fans expect.

Just over two years ago, The Mandalorian Season 2 ended with Moff Gideon arrested and Mark Hamill’s Luke Skywalker returning for an explosive finale against the Dark Troopers. Season 3 will continue Gideon’s story while exploring Mandalore with Pedro Pascal’s Din Djarin.

Things won’t be the same as Gideon is still the villain, but he won’t start the season with his imperial resources. Instead, he will be locked up by the New Republic as a criminal, but Esposito assures everyone that won’t stop Gideon from completing his plans.

With Season 2 of The Mandalorian introducing several fan-favorite characters, such as Rosario Dawson’s Ahsoka Tano and Temuera Morrison’s Boba Fett, fans expect the same for Season 3. Katee Sackhoff’s Bo-Katan Kryze will be back, and things might be tense on Mandalore due to Din carrying the Darksaber on the home planet, where fellow Mandalorians might steal the blade for their own political agenda.

The Book of Boba Fett showed fans that Din Djarin has to go to Mandalore to regain his honor and be worthy of being called a Mandalorian and reunited Din with Grogu after his brief training with Luke. Season 3 might tease more about Grand Admiral Thrawn as the series might set up the villain’s return for Ahsoka later this year.

During an interview with TV Line, Giancarlo Esposito confirmed that Moff Gideon would be back, and fans will get to see a lot of him in the upcoming season:

The actor also compared his return to a phoenix rising from the ashes, stating that Gideon will be doing the same:

While the actor didn’t confirm that he would break out of prison directly, it does imply that Moff Gideon won’t be staying in a New Republic Cell for the entire season. Some footage did show one of the cloners from Mandalorian Season 1, Dr. Pershing, being escorted by officers in the trailer, so it does seem that the New Republic will have a role in the upcoming season.

What are your thoughts on Moff Gideon’s return? Let us know what you think!