'Star Wars' Ignoring Fans, "No Plans" For Fan-Favorite Sequel - Inside the Magic 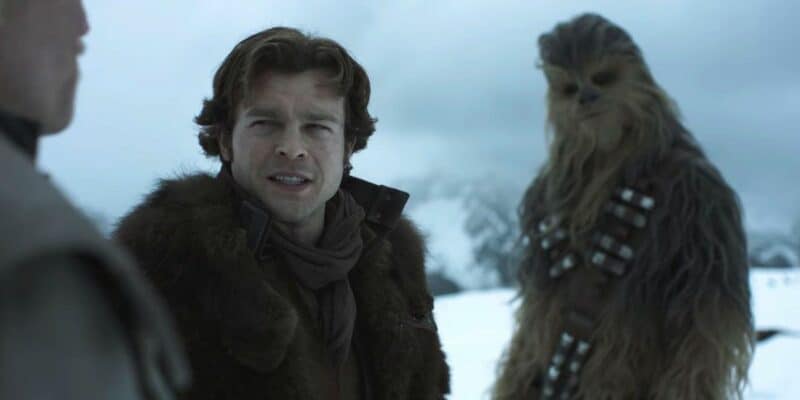 Fans have asked Lucasfilm to create a sequel to one of their anthology movies for years, but Ron Howard makes it clear that fans might have to give up on the dream coming true anytime soon.

After bombing at the box office, Lucasfilm considered the movie a failure. A few years later, fans look back at the movie and wish it had been released at a different time because fans are warming up to the story. After revealing that Maul was in control of Crimson Dawn, with Emilia Clarke’s Qi’Ra getting a bigger role in the crime syndicate, a sequel could’ve explored how Solo and Chewie eventually started to do jobs for Jabba the Hutt.

Years later, Kathleen Kennedy finally spoke about Solo and shared that Lucasfilm doesn’t see the movie as a success. In fact, they considered the movie to be a failure for recasting Harrison Ford’s Han Solo. According to Variety, Ron Howard admits that Lucasfilm still has no plans for any sequels in their current list of projects:

“The only discussion that I’m aware of about a sequel for ‘Solo’ is coming from the fans at this point. I don’t think it’s a Lucasfilm priority, as I understand it.”

Howard did encourage fans to keep rallying for a sequel, as there’s a chance Solo 2 could still happen:

“But there’s some great characters launched, and the folks from Lucasfilm love the fans and really do listen so I would never say never — but I’m not aware of any concrete plans right now to extend the story or deal with that particular set of characters.”

Lucasfilm has been known to come around after a few years. The Clone Wars finally received a final season after waiting seven years, and Ewan McGregor finally got to star in another Star Wars project dedicated to the Jedi Master after Star Wars: Episode III — Revenge of the Sith (2005).

If anything, Solo 2 will happen, but not anytime soon. Maul’s story still has some major gaps, and fans hope that Lucasfilm takes the time to explore Crimson Dawn’s origins in live-action. Donald Glover’s Lando Calrissian will be getting his own series, but that will also take some time as the actor is super busy. Right now, Star Wars Comics have explained a few details but left the criminal organization open for more stories which would make Solo 2 or a series dedicated to Crimson Dawn, an easy couple of projects for Lucasfilm to work on.

Here’s hoping for Alden Ehrenreich’s return to the galaxy far, far away!

Do you want Solo 2 to happen? Let us know what you think!

Comments Off on ‘Star Wars’ Ignoring Fans, “No Plans” For Fan-Favorite Sequel