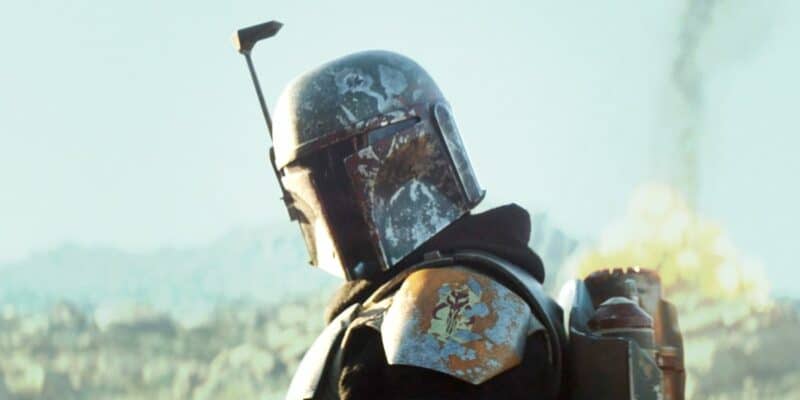 No one will deny that Boba Fett is one of the cooler Star Wars characters.

Boba Fett is an iconic bounty hunter. His Mandalorian armor and helmet are why Star Wars dedicated a whole series to Mandalorians. Fans have loved the character for decades since he appeared in Star Wars: Episode V — Empire Strikes Back (1980).

With his ship, Boba Fett has been intimidating and perhaps one of the more dangerous characters to face as he refuses to die. After falling into a Sarlacc pit, Boba Fett escaped with his life and was forever changed, as seen in Book of Boba Fett, but that didn’t stop Boba from being awesome in Star Wars.

Who is Boba Fett?

Boba Fett gets his name from Jango Fett, as he is a modified clone of the infamous Bounty Hunter. Many people might say that Jango Fett is Boba’s father, but that isn’t technically true. Boba is like Jango in every way, except they don’t share the same memories. Jango raised Boba as a son on Kamino and considered him his successor, but he didn’t expect to die by Mace Windu in Star Wars: Episode II — Attack of the Clones (2002) and left Boba alone at age 10.

Unlike other clone troopers during the Clone Wars, Boba’s age wasn’t accelerated so he ages just as fast as any human, while Clones age twice as fast. Boba got his armor from Jango and Jango’s ship, Slave 1. Disney doesn’t like to call Boba’s ship by that name as they would rather generate more profit and avoid controversial backlash in merchandise.

Boba Fett inherited a lot of Jango’s arsenal and learned everything from his “father” about how to become the next infamous bounty hunter.

Boba Fett During the Clone Wars

Fueled by anger, Boba set off to infiltrate the Republic and try to kill Mace Windu. After seeing his father brutally killed on Geonosis, Boba ran to some of Jango’s associates to get revenge. With Bossk and Aurra Sing, Boba had the skills to get the job done.

Unfortunately, his attempts didn’t go as planned, and Mace Windu lived, but Boba learned who his true allies were as Aurra Sing abandoned him to escape from the Republic. This led Boba to live a quieter life of Bounty Hunting and grow into his fighter abilities.

One day, Boba Fett had a big moment that would define his legacy. He was running a job that went bad where all of his crew were captured by Cad Bane’s group. Bane knew Jango Fett and disapproved of Boba. The two of them decided to have a duel where Bane shot Boba in the helmet, leaving a dent for Boba always to remember while Bane had to repair his skull.

Both members lived, but that was the day that Boba Fett began to strike fear into his enemies.

Boba Fett During the Original Trilogy

Boba Fett is first seen in Star Wars with Darth Vader. The Bounty Hunter is responsible for tracking the Millennium Falcon and bringing Han Solo and the Rebels to Vader on Cloud City. This trap was an elaborate setup to get Luke Skywalker captured.

Fett got his prize which was Han Solo in Carbonite, and iconically had it transported back to Jabba the Hutt. This led to a long story about how Han Solo’s body was actually fought over by several parties in the War of the Bounty Hunters storyline until finally went back to Boba Fett before landing on Tatooine.

In Star Wars: Episode VI — Return of the Jedi, Boba Fett stayed by Jabba’s side on his sail barge as he fed his prisoners to the Sarlacc. Everything was going according to plan until Luke Skywalker saved the day, and Boba Fett flew over to fight Skywalker and was foolishly knocked over by Han Solo and fell into the Sarlacc pit.

Fans have hated how quickly Boba Fett was defeated, but he didn’t die, as seen in The Mandalorian and Book of Boba Fett.

The Mandalorian & Book of Boba Fett

He made his way out of the Sarlacc Pit, but the acid and other fluids had already damaged Boba Fett. He was left for dead on the sands while Jawas stole his armor, and Tuskens carried him away. He became a prisoner until he proved himself useful after saving a young Tusken’s life and stopping Pykes from using their territory.

This led Boba to earn his own Gaderffii stick, which became his signature melee weapon. Now, as a member of the tribe, Boba had a new life and family, but the Pykes took that away from him as they used a local biker gang to slaughter the Tuskens.

This led Boba to get his vengeance and track down his armor. He found that Cobb Vanth, a local sheriff had it, but it was taken by another Mandalorian by the name of Din Djarin. He also saved Fennec Shand’s life and now the two of them worked together to hijack his starfighter.

Then, they tracked Din Djarin to Tython and demands for his armor back. As Boba fight the Empire and takes down Stormtroopers, he convinces Mando that the armor is his. After Grogu was taken by Moff Gideon, Boba helped Mando find Gideon’s starship before going off on his own adventure back to Tatooine.

He meets Bib Fortuna and kills the Daimyo and takes over Jabba’s Palace. As the new Daimyo, Boba tries to regain control over Tatooine, but the Hutts send bounty hunters and other syndicates to kill Boba. After several failed attempts, the Hutts leave Boba alone and give him a baby Rancor.

The Pykes take advantage of the situation and send Cad Bane to deal with Boba. After sending in some heavy artillery with more soldiers, the Pykes begin to lay siege on Tatooine and Cad Bane begin to hurt Boba’s allies. Din Djarin comes to the rescue and the battle between the Pykes and residents of Tatooine begin. Boba faces Cad Bane and proves that his Beskar is still good and impales the infamous Bounty Hunter with his staff, and stopping the Syndicate from taking over.

What to Expect From Boba Fett in the Future?

Temuera Morrison isn’t done playing Boba Fett and hopes to get another shot as the character. Despite being Daimyo of Tatooine, the actor hopes he can square off with Mace Windu or, at the very least, return to being the same type of Boba Fett from the movies.

Having a series dedicated to the Bounty Hunter made it hard to keep Fett being the cool, quiet character since he was forced to talk a lot more. Fett works much better when he is menacing, and forcing him to lead doesn’t help him lean into his Bounty Hunter experience. In Legends, Boba Fett led the Mandalorians after turning away from his Bounty Hunter days, but this probably won’t happen in Star Wars Canon.

With characters such as Bo-Katan or Din Djarin in the Star Wars Universe, it seems that Boba will be more of a Crime Lord, and that’s okay, but Star Wars needs to show him becoming a true Crime Lord like Jabba the Hutt. Fans love seeing the criminal world of the galaxy because it’s not something Star Wars focuses on most of the time.

If anything, Season 2 of The Book of Boba Fett is imminent, with Temuera Morrison guaranteed to come back and not repeat a lot of the same mistakes that they had in Season 1.

Do you love Boba Fett? Tell us your favorite Boba Fett moment!