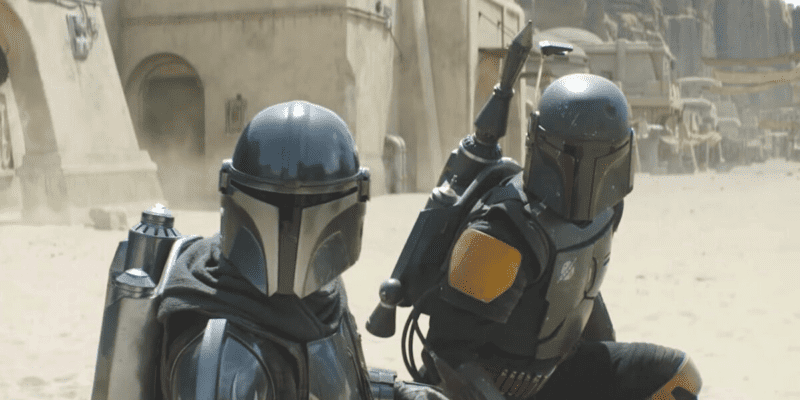 Star Wars fans are still recovering from the Obi-Wan Kenobi trailer which was released a few days ago.

After hearing John Williams blend several of his iconic themes from the Prequel Trilogy together, fans know that Kenobi will be a special Star Wars series.

Unlike The Mandalorian or Book Of Boba Fett, Kenobi is the first Star Wars show to be set in between Star Wars: Episode III — Revenge of the Sith (2005) and Star Wars: Episode IV — A New Hope (1977). Andor will soon follow in Kenobi’s footsteps but until then, fans can get ready to see a lot more lightsabers and the Galactic Empire.

The trailer confirmed that none other than the Grand Inquisitor will be returning to Star Wars as his fellow Inquisitors will be trying to hunt down any surviving Jedi. As the series continues, it wouldn’t be shocking if the Grand Inquisitor is the one to inform Darth Vader that Obi-Wan Kenobi has been found.

Even though the trailer revolves around the Inquisitors, fans quickly noticed that a certain person in the trailer looked a lot like Temuera Morrison. Fans have begun comparing on Twitter how similar the silhouette is to the Star Wars actor:

Is that Temuera Morrison being questioned by the Grand Inquisitor on Obi-Wan Kenobi pic.twitter.com/Zay9nLUz3r

The back of Temuera Morrison’s head from The Mandalorian, this has gotta be him as well? #ObiWan #Kenobi #ObiWanKenobi

The back of Temuera Morrison’s head from The Mandalorian, this has gotta be him as well? #ObiWan #Kenobi #ObiWanKenobi pic.twitter.com/biH3No66No

I say Rex because that is SO 501st clone armour and that second image really looks like the back of Temuera Morrison’s head.

I say Rex because that is SO 501st clone armour and that second image really looks like the back of Temuera Morrison's head. pic.twitter.com/hTMylfj6ed

Fans shouldn’t be too surprised if Captain Rex did make an appearance. The character has already been shown to roam across the galaxy and he wears a cloak over his old clone armor in The Bad Batch. It’s possible that Rex could be the character seen in the trailer, but it’s hard to tell since the character does have some sort of device on the back of his head. Another fan, Dakota, believes that Temuera Morrison could be playing Tech from The Bad Batch:

Could this be Temuera Morrison playing Tech? The way the clones age, he’d look roughly the same as Boba does 20 years later.

Could this be Temuera Morrison playing Tech? The way the clones age, he’d look roughly the same as Boba does 20 years later. pic.twitter.com/6w6Dft87vi

This makes sense as Tech would be a bit older and it would explain why he has some sort of device attached to his head. It’s hard imagining why Tech wouldn’t be with Hunter and the Clone Force 99 crew, but it’s possible that the clone may be the last living member of the crew.

With Bad Batch’s second season coming soon to Disney+, it wouldn’t make sense for Tech to appear in the series, but anything is possible. Some people wonder if Temeura Morrison will be returning as Boba Fett for the show as he could be a bounty hunter trying to hunt down Kenobi.

This wouldn’t be the first time bounty hunters try to attack the Jedi during his time watching over Luke Skywalker. Black Krrsantan was sent by Jabba the Hutt to capture the Jedi master and ended up getting his face scarred by Kenobi. Boba Fett isn’t known to ever take off his helmet during his time as a bounty hunter so it’s unlikely that Morrison will return as Boba Fett for Kenobi.

It’s also possible that this character is played by another actor and that Morrison has no ties to the project, but that won’t stop fans from theorizing about when Morrison will appear next in the Star Wars universe.

Do you think Temuera Morrison will be in Kenobi? If so, who do you think he will play? Let us know what you think in the comments section below!