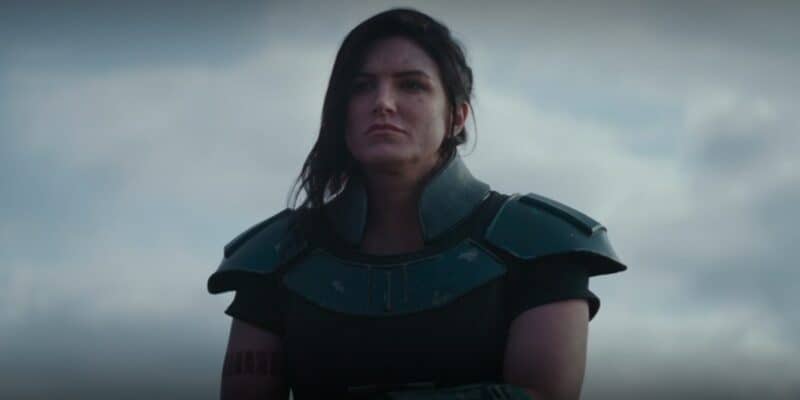 In its four-decade lifespan, the social media controversy and eventual firing of actress Gina Carano is one of the more contentious parts of the Star Wars franchise.

With Carano no longer working at Lucasfilm due to her outspoken political views, the role of Cara Dune is seemingly at its end. While there have been reports that the former Rebel shock trooper turned New Republic Marshal will be replaced with someone new, the studio has been fervent in its decision to not recast the character. And yet, despite the controversial firing of the Mando star, soon fans of the galaxy far, far away will be reunited with Cara Dune following a recent announcement.

Gina Carano’s time on The Mandalorian was not without issue. After first appearing in director Bryce Dallas Howard’s “Chapter 4: The Sanctuary” in Season 1 of showrunner Jon Favreau and Dave Filoni’s live-action Star Wars series, Cara Dune became a staple of the hit television show. Carano returned sporadically throughout the first season, ultimately going to war against Moff Gideon (Giancarlo Esposito) and his Dark Trooper squad in The Mandalorian Season 2 finale.

As Star Wars continues to build its roster of live-action programming — and animated in the case of Star Wars: The Bad Batch (also from Dave Filoni) –, the franchise’s overarching Skywalker Saga continues to expand. While the blockbuster movies spanning 1977 (Star Wars: Episode IV — A New Hope) to 2019 (Star Wars: Episode IX — The Rise of Skywalker) predominantly feature the ultimate battle of good vs. evil, or Jedi vs. Sith, and reflect the journey of the Skywalker name, Lucasfilm’s spinoff shows continue to pull in legacy characters (sometimes for the better, and sometimes for worse) to flesh out the interconnected nature of the galaxy.

And soon, fans will be able to play through the entire storyline. From Star Wars: Episode I — The Phantom Menace (1999) through The Rise of Skywalker, the new “LEGO Star Wars: The Skywalker Saga” from Traveller’s Tales Games promises gameplay through all three Star Wars trilogies with over 300 playable characters.

Out of those playable characters, Gina Carano’s character, Cara Dune, will be among them.

According to TT Games (via CBR):

When the game launches on April 5, fans who purchase the Character Collection edition will immediately gain access to packs that include recognizable faces from The Mandalorian Season 1 including Din Djarin, a non-playable Grogu, Greef Karga, Cara Dune, IG-11 and Kuiil.

After the former Mixed Martial Arts (MMA) and Muay Thai fighter was fired by Lucasfilm in February last year, Cara Dune merchandise seemingly came in short supply. However, this isn’t the first time the Star Wars character has lived on in the world of LEGO. 2021 saw the announcement of a LEGO set based on Moff Gideon’s Imperial Light Cruiser including Minifigures of the Mandalorian himself and Cara Dune, something which one of the toy’s designers clarified as being an interpretation of the character and not the actress.

While the sentiment rings true, it is hard to look past the Gina Carano-ness of Cara Dune, considering Carano originated the character for the Star Wars universe. As well as characters from the “Mando-Verse” appearing in the new LEGO video game, other Star Wars fan-favorites like Han Solo, Lando Calrissian, and Chewbacca from Ron Howard’s Solo: A Star Wars Story (2018) will also be playable.

For Carano, her time with Lucasfilm is seemingly up even as trends like #WeLoveCaraDune and #IStandWithGinaCarano contended with #FireGinaCarano online for the duration of her social media controversy; the actress was increasingly vocal about her own political and social issues throughout the run of The Mandalorian. Rather surprisingly, Carano’s ousting from Disney-owned Lucasfilm did not stop the home of Star Wars from pushing her for Emmy contention last year.

The Cara Dune actress established her future with Ben Shapiro’s The Daily Wire, appearing in this year’s Terror on the Prairie (2022). Carano will also star in the Hunter Biden biopic, My Son Hunter (2022), where she will play a secret service agent. There are still ardent supporters of Carano out there, as evidenced by her time on Running Wild With Bear Grylls where #GinaGoneWild trended for hours, so her return to the screen could be a very interesting situation indeed.

What do you think about Cara Dune returning to Star Wars? Let us know in the comments down below!