'Ahsoka' Might Start New Faithful Sequel Trilogy - Inside the Magic 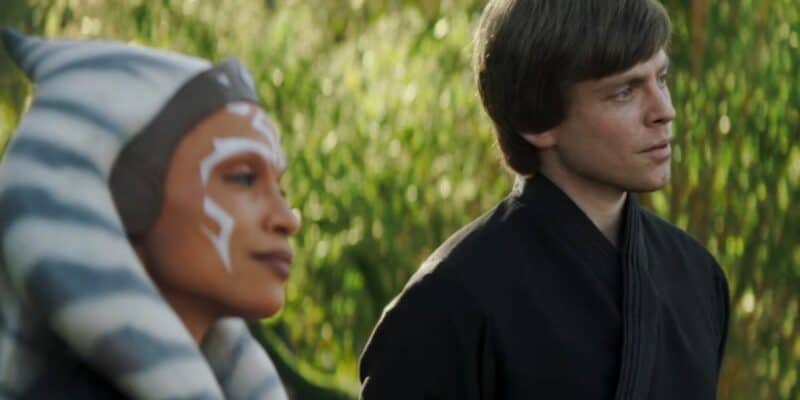 Rosario Dawson’s Ahsoka is creating the foundation for what could be Star Wars’ new faithful trilogy.

Initially, before Disney or George Lucas even considered making big Star Wars movies again, Timothy Zahn wrote his version of the Star Wars Sequel Trilogy. Luke Skywalker worked with Han and Leia as the New Republic had to stop a new foe, Grand Admiral Thrawn. Luke’s force abilities were hindered by a certain creature who removed the force from the area, thus making Luke less powerful around Thrawn.

Unlike other stories, the villain nearly won. Thrawn was cold and calculating and had a lot of resources at his disposal. Thrawn even got help from a fallen Jedi and had him use the force to help aid in his battles. This nearly caused the New Republic to collapse until Thrawn was bested by things he couldn’t control and died.

After seeing the Sequel Trilogy go in a different direction with the First Order and Kylo Ren taking down the last militarized parts of the galaxy, the Resistance, fans were disappointed. The novels provided compelling stories of the original trio continuing to fight against the Imperial Remnant. Fans felt the story was more grounded in nostalgia than trying to create a new compelling chapter for Star Wars.

According to Making Star Wars, fans will meet a fallen Jedi who will be working with Thrawn and getting some of their powers from the Nightsisters. With witchcraft and Jedi training, Thrawn will have a valuable asset in his upcoming plans. After The Mandalorian Season 2 revealed that Thrawn was working secretly in the Outer Rim, fans have been waiting for his grand entrance into live-action.

With a fallen Jedi, Thrawn’s story will have a lot of faithful components from the novel, and if the story continues in a movie, Star Wars might be creating a new sequel trilogy. Lucasfilm has avoided the Sequel Trilogy with Daisy Ridley’s Rey and John Boyega’s Finn, as almost all the recent projects have been set around the same time as The Mandalorian.

If Mando is Lucasfilm’s ticket to softly rebooting the Sequel Trilogy, fans won’t be opposed, but it does seem that Star Wars isn’t done creating Sequel content, and if it includes Thrawn and Mando, it can’t be that bad.

Ahsoka Tano will work with the Star Wars Rebels crew to find Ezra Bridger with Sabine Wren. At the end of Rebels, fans saw Thrawn leave with Ezra meaning that the two had spent quite a few years together.

Ahsoka will reportedly bring Hayden Christensen back as Anakin Skywalker/Darth Vader and cover some Clone Wars flashbacks. There are many things to look forward to as a Star Wars fan in the Ahsoka series and if they decide to create a new trilogy.

Do you think Star Wars will create a new trilogy? Let us know what you think!

Comments Off on ‘Ahsoka’ Might Start New Faithful Sequel Trilogy