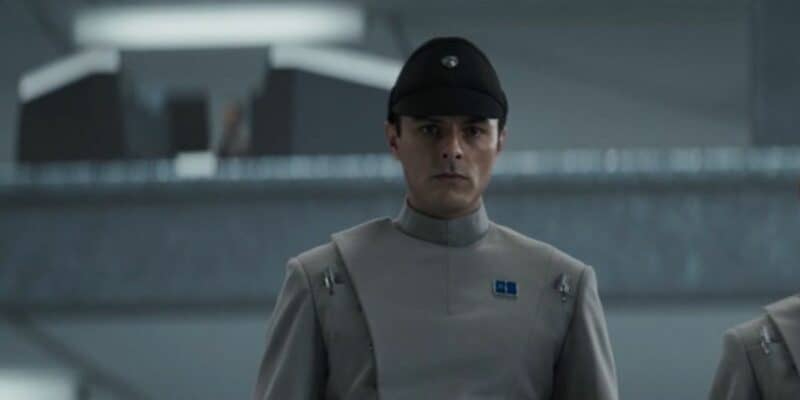 But amidst all of the drama, you might have missed a key element of an earlier scene.

Earlier in the episode, we paid a short visit back to Ferrix, where Maarva Andor (Fiona Shaw) is revealed to be withholding from her medication. The situation has gotten so bad that a friend has had to call for the doctor, filling him in on how she is turning down her treatment as it puts her off eating.

Related: All Potential Cameos For Andor

As the doctor is led into Maarva’s home, we see Cinta Kaz (Varada Sethu) watching on. As we know from earlier episodes, she is stationed there on behalf of the Rebellion to keep an eye out for Cassian’s return. But they don’t have positive motives; she’s there to kill him, tying up a loose end which could lead back to the center of the network, Luthen Rael (Stellan Skarsgård).

But also watching on is a representative of the Imperial Security Bureau. And not just anyone: it’s Corv (Noof Ousellam) an aide to Dedra Meero (Denise Gough), who has spearheaded the investigation into the rebels from the start.

Fans on Twitter spotted him, calling out his headwear as being particularly telling of an Imperial slumming it in disguise. @mcuwaititi said:

Just in case you missed it the first time cuz I certainly did #Andor pic.twitter.com/owyCRMu5fM

In case you missed it, the imperial spy on Ferrix is Corv, from Deedra’s team. He brought Syril in during episode 8. #Andor

In case you missed it, the imperial spy on Ferrix is Corv, from Deedra’s team. He brought Syril in during episode 8. #Andor pic.twitter.com/YvRlFH72b8

As we close in on the season finale, so too does the Empire on Cassian. Surely it is only a matter of time before Dedra finds herself face to face with Cassian himself. And Maarva, staging her own personal rebellion, may be brought up against far bigger players than she estimated.

Depending on if Cassian gets word that his mother is unwell, it may be that she has unwittingly become the perfect bait to bring her son right into Dedra’s clutches.

Ironically, he will have sprung from the anonymity of being a drone in the Imperial detention facility right into the hands of far more cunning agents of the Galactic Empire.

Did you spot Corv on Ferrix? Let us know in the comments below.