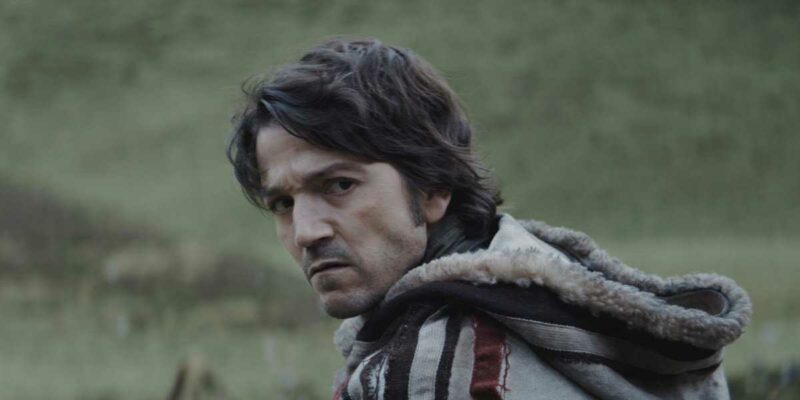 Diego Luna gave a little insight into why Cassian (Luna) does what he does.

In the last act of Rogue One: A Star Wars Story (2016), Cassian Andor (Luna) joins with protagonist Jyn Erso (Felicity Jones) in a desperate bid to steal the Death Star plans from a high security, Imperial-controlled planet. Jyn (Jones) tries to dissuade him, but Andor (Luna) counters, saying, “we’ve all done terrible things on behalf of the Rebellion.”

When a solo series for the character was announced, many wondered if audiences would see some of those things. Director Tony Gilroy and Andor delivered. Though a slight departure from the established Rogue One cannon, the Disney+ series offered us a gritty, unfiltered look at the seedy underbelly of the Star Wars galaxy. No Jedi, no Sith, just survival.

Cassian (Luna) is recruited early on by Luthen Rael (Stellan Skarsgård) for a mission. In this mission, Cassian (Luna) takes his first steps toward joining the Rebel Alliance. Joining a group of other vagabonds and idealists, Cassian (Luna), along with Vel Sartha (Faye Marsay), Arvel Skeen (Ebon Moss-Bachrach), and a handful of others in a raid on an Imperial payroll facility in the world of Aldhani.

Despite numerous setbacks and casualties, the raid is ultimately a success, with the group escaping with over 80 million credits. During a brief medical pitstop, however, Skeen (Moss-Bachrach) approaches Cassian (Luna) with a deal: take the money, and run. With no declared affiliation to the Rebellion, it seems like a scavenger and scrapper like Cassian (Luna) would jump at the chance. Instead, he quickly dispatches Skeen (Moss-Bachrach) and returns to the others.

Diego Luna returned to shed some light on this instance and why it was so pivotal in the character’s growth. In an interview with Collider, covered by Screen Rant, Luna touched on two critical factors: Trust and teamwork.

“I would say he just went through the first time of [experiencing] actual teamwork in terms of trusting others with your life. He goes through that with this team and when he realizes he should have not trusted this person—how dangerous someone you can’t trust can be when you are trying to put together or organize something in terms of what you can do as a community. Basically, everyone else is to be trusted there. And having one leak is very dangerous. […] Faith is involved.”

Luna illustrates that Cassian (Luna) is changing and growing very early on. He’s learning what it means to depend on someone and to be depended on, and that is only the beginning. Throughout the series, the character learns the lessons even further in prison, on the run, and as part of a more significant rebellion, but Luna says he has what it takes:

Fans can look forward to the return of Cassian Andor (Luna) in a second season of Andor, rumored to be released sometime in 2024. The first season is currently streaming on Disney+, and stars Diego Luna as Cassian, Stellan Skarsgård as Luthen Rael, Forest Whitaker as Saw Gerrera, Genevieve O’Reilly as Mon Mothma, Denise Gough as Dedra Meero, and many other outstanding actors.

What did you think about how Andor handled the character? Let us know in the comments below!