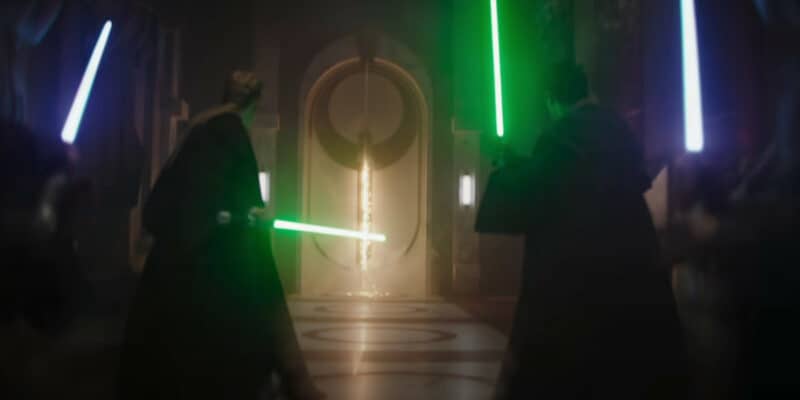 Live-action parts of the Star Wars universe tend to have different iterations of what Star Wars animation does. For instance, voice actors in Star Wars: The Clone Wars are different than in live-action. James Arnold Taylor replaces Ewan McGregor, Dee Bradley Baker replaces Temuera Morrison, Ashley Eckstein voices the animated side of Ahsoka, while Rosario Dawson does the live-action side, etc.

This normally is pretty fine, but sometimes the animation side of Star Wars changes the live-action appearance of characters. In Solo: A Star Wars Story (2018), Sam Witwer voices Maul with Ray Parker portraying the body instead of Lucasfilm using the original voice for Maul from Star Wars: Episode 1 — The Phantom Menace (1999).

Related: ‘Mandalorian’ Star Looks to Make Jump to Marvel — “I Do Want That”

While these changes might seem small, retcons have been happening more and more as Lucasfilm tends to change things whenever pleases them. For The Mandalorian, one scene shows off B1 Battle Droids in a bar, and the chances of Star Wars using the same voice from the Prequel Trilogy is quite unlikely.

Star Wars: The Clone Wars used Matthew Wood’s voice as he was responsible for voicing Grievous and other droids in the Prequel Trilogy, but his voice isn’t the same in the animation in live-action. The Mandalorian shows B1 Battle Droids moving, which is why they are likely to say a few lines. Matthew Wood would definitely reprise his line after appearing in The Mandalorian Season 2 as Bib Fortuna to voice the droids once again, as he did this for Star Wars: The Clone Wars Season 7.

Wood has been a longtime Lucasfilm employee, and with Filoni working on the project, it just makes sense that the voice of the B1 Battle Droid will change to match the animated series instead of the prequel trilogy, which isn’t a disastrous change, but an odd change nonetheless.

It’s cool that Star Wars is starting to bring more Prequel Trilogy love back into the spotlight, as fans of the Clone Wars haven’t received as many cool projects centered around that era, while fans of the Original Trilogy tend to see a lot of projects give love to those movies.

Grogu is alive during the Prequel era as he escaped the Jedi Temple when Order 66 happened and it looks like fans will see how the little green creature made it out alive when Anakin Skywalker killed every Jedi he saw with the 501st.  Star Wars is constantly expanding and for B1 Battledroids to return in The Mandalorian is a surprise that fans may not have asked for, but it’s a welcome surprise that will likely lead to a humorous scene full of droid banter.

Are you excited to see B1 Battle Droids in The Mandalorian?