‘The Mandalorian’ Season 3 Trailer Breakdown - Inside the Magic 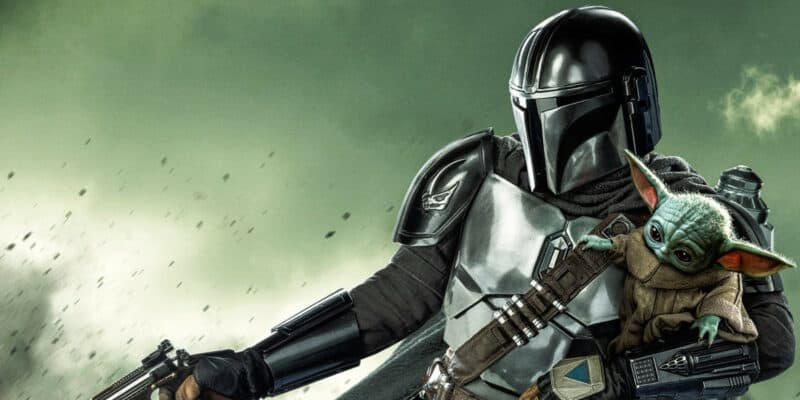 The trailer for The Mandalorian Season 3 trailer just dropped, and there’s a lot to process!

Packed with new footage, the latest trailer for the third season of The Mandalorian gives fans a lot to look forward to and a lot to speculate about. The return of Baby Yoda/Grogu (himself), Din Djarin/Mando (Pedro Pascal), and a handful of other familiar faces promises an action-packed season full of amazing visuals and practical effects! So, what did fans get to see in the trailer?

To this point in the series, fans have seen a few different groups of Mandalorians: an element of The Death Watch, which rescued Din Djarin during the Clone Wars, Bo-Katan’s (Katee Sackhoff) small group of followers, and assorted castoffs from society, including Jon Favreau’s Paz Vizsla, and The Armorer (Emily Swallow). The Season 3 trailer shows even more Mandalorians standing with Djarin (Pascal), likely as the rightful owner of the Dark saber, underscored by a pep-talk, “What are we? What do we stand for?”

Audiences will also see Mando (Pascal) return to a rehabilitated, more advanced Nevarro under the leadership of Greef Karga (Carl Weathers). In the brief shot in which Mando (Pascal) and Karga (Weathers) shake hands, fans can even catch a quick glimpse at a statue dedicated to the fallen IG-88 (Taika Waititi) from Season One, standing on a plinth of Stormtrooper helmets.

Further on, there are a few more nods to characters and places Star Wars fans will be familiar with, most notably: Mandalore. The planet first shown in The Clone Wars is revealed in greater detail in this trailer, including the ruins of Sundari. Mando (Pascal) and Grogu (himself) also explore the river below the city as part of the former’s penance to once more become a Mandalorian.

Though there was no update on Moff Gideon (Giancarlo Esposito), audiences did see the return of Dr. Pershing (Omid Abtahi). The bespectacled cloning scientist who experimented on Grogu (himself) is back and looks to be either on Coruscant, which would be, at this point, a New Republic planet, or another large city like Nar Shaddaa, or Daiyu from Obi-Wan Kenobi.

The trailer also drew on the prequel trilogy, showing yet another flashback to Order 66 from Star Wars: Episode III – Revenge of the Sith (2005). Fans thrilled to see Jedi once again after their long absence from live-action Star Wars content! That wasn’t all fans saw from the prequels, either. In what looks to be some sort of droid cantina, moving, functioning Battle Droids were seen amongst different kinds of protocol droids, astromechs, and others.

The trailer concludes with some pretty hefty action, including a Mandalorian incursion on Nevarro. It could be that the remnant of the covert that was destroyed there is taking back the city, as Paz Vizsla (Favreau) is shown leading the charge. It’s also clear this isn’t a flashback from the plinth of Stormtrooper helmets that the attack group walks past, indicating they must have destroyed the IG-88 (Waititi) statue that was there.

After a quick glimpse at Babu Frik (Shirley Henderson) and a friend, the trailer concludes with a Grogu (himself) who has evidently increased his connection with the Force during his short time with Luke Skywalker (Mark Hamill) and blasts away an assailant before drifting forward in his hover-pram. An exciting conclusion to a thrilling trailer!

The Mandalorian Season 3 hits Disney+ on March 1, 2023, and stars Pedro Pascal as Din Djarin, The Mandalorian, Katee Sackhoff as Bo-Katan Kryze, Carl Weathers as Greef Karga, and Emily Swallow as The Armorer. According to the official synopsis of this Star Wars story, “The Mandalorian will cross paths with old allies and make new enemies as he and Grogu continue their journey together.”